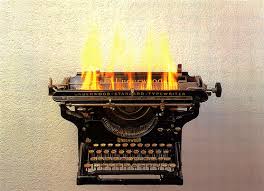 [Ed: The amazing bias in medical journalism, notably in JAMA,  has previously been described by Dr. Wheeler in “Another Failure of Peer Review at JAMA“. It’s just getting worse.]

Mainstream medicine is at it again.  Amazingly enough it is not about gun control, although it sounds remarkably familiar.  The most recent article to grace the pages of the Journal of the American Medical Association is “Association of Chronic Opioid Use With Presidential Voting Patterns in US Counties in 2016” by James S. Goodwin, MD and colleagues.

Why write about opioid use on a pro-Second Amendment site?  Not because they are indirectly bashing Republicans or President Trump—we are used to that.  The problem is that the same junk research that has been done on supposed gun violence for decades is now being done against a political party and the President of the United States.  Worse than poor research being done, that research is being published in JAMA, supposedly one of the most reputable medical resources.  Let’s look at some of the more glaring issues and how they parallel the gun control debate.

Are we now going to classify Republicans as mentally ill?   This is an attempt to associate a political party with an epidemic that grew most under another party’s control.  The Centers for Disease Control shows the first rise in prescription opioid deaths (Wave 1, as they call it) in 1999 during the Clinton administration.  During President Obama’s first term, in 2010, heroin overdose deaths began to rise again (Wave 2).  Wave 3, the increase in synthetic opioid overdose deaths, began in 2013 during Obama’s second term.  If there was any blame to ascribe, it would be for neither a single political party nor administration.

They chose Medicare enrollees as their target group, even though they are not a high risk demographic in the opioid epidemic.  This is just like previous “gun violence research” by which a gun in your home was found to increase the risk being murdered, when the gun didn’t even need to be yours.  (See my article on DRGO.us about Kellerman’s 1993 article for more.)

Next they honed in on opioids prescribed for over 90 days with the number of prescriptions written in the county significantly exceeding the mean rate for all counties to compare to party affiliation.

How do prescriptions place these elderly or disabled people at greater risk for harm from opioid use?  Perhaps they have fallen and broken a hip because they are frail.  Maybe they have pain from cancer because they are at ages most liable to malignancies.  They may have severe arthritis and require pain medications to function.

There are many good, appropriate uses of narcotic pain medications.  The paper makes no reference to any inappropriate use of opioid medications or any overdose rates.  These are the hallmarks of the opioid epidemic as described above by the CDC’s three waves of increased overdose deaths.

This is very like the constant cries that “there will be blood in the streets” each time a pro-freedom law is passed.  This is similar to the recent Defense Distributed lawsuit, settlement, and injunction story.  The information is already on the internet and available for all to see.  Home built guns have been legal to build and possess since the founding of our country.  Still, when many gun control activists heard that the DOD settled with Defense Distributed they went to court to stop it.

Just like those gun grabbers, these medical “researchers” need to stop looking for common things in common places and claiming they have found something significant. Their work is indeed “Spuriouser and Spuriouse”, as Dr. Przebinda explained in his piece by that name.

President Trump won a majority in an overwhelming 84% of US counties which cover over 75% of the nation’s land mass.  Of course there is a correlation of many things with counties that voted for Trump–because almost all of them did!  Yet the geographical distributions of opioid epidemic deaths and the results of the 2016 presidential election don’t even look that consistent.  Mainstream medicine is attempting to associate someone they don’t like (President Trump) with something that is actually tragic (the opioid epidemic) via something that isn’t necessarily wrong at all (appropriate prescribing of narcotic medicines).

They do the same regarding firearms in many ways.  For example, they associate firearm owners (people they don’t like) with something that is actually wrong (death by suicide and crime) via something that isn’t wrong at all (legal gun ownership, concealed carry laws, etc.).  They not only try to associate the good with the bad while ignoring  the good that objects can serve, as the CDC recently found true for many years.  In the 1990’s the CDC conducted some surveys of their own on defensive gun uses (DGU’s).  Their results showed that there are far more DGU’s than they were willing to admit and that those numbers fall right in line with the numbers Florida State University criminologist Gary Kleck had  previously found, from 2 to 2.5 million per year.

Mainstream medical elitists have long been manipulating the facts about our Second Amendment rights and lawful gun use.  It shouldn’t be surprising that their tactics are now being applied to other political realms.

This shows the corruption inherent in their controlling, anti-freedom tactics. The clearer that becomes, the clearer that JAMA’s and the AMA’s politicization is undeniable.  If they would only look at reality and see that freedom for law abiding citizens is always the best policy.