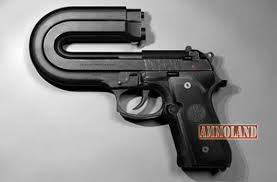 [Ed: A new and properly barbed review of the illusory “smart gun” gambit perpetrated by anti-gun proponents who don’t know (or maybe do) what they’re talking about. See also The Illusion of Safety. Part 2 appears next week.]

Among the latest hustles and bogus gambits pursued by the gun control advocates is the so-called “smart gun” (which will be enclosed in quotes throughout because it is no such thing). It falls into the same semantic charade as the “assault weapon” which also does not exist because its fluid definition is arbitrary and capricious and depends on cosmetic features.

Since nomenclature does matter, our definition of a “smart gun” will be one that uses either mechanical and/or electrical mechanisms to prevent such an equipped firearm from being discharged, except by an authorized user. (It may also be termed as a “Firearm too technologically complex to be able to be used by whoever could otherwise save lives whenever and wherever it finds itself”, from DRGO’s An Anti-Gun Glossary.)

So, let’s review some of the pitfalls of seeking to make firearms supposedly safer by the generous application of technology, physics, electronics and wishful thinking.

A SOLUTION IN SEARCH OF A PROBLEM

The proffered rationale for “smart guns” is, of course, that it will save the lives of children. Everyone with a moral compass agrees that is a laudable goal. However, a pragmatic analysis should ask just how many might be saved and at what cost? This is where the gun control advocates fail to evaluate the situation fairly and dispassionately. They only see the half-empty glass, tallying the carnage and never acknowledging the huge benefit of firearms in protecting life. If this were not the case, police officers would not carry them.

National Vital Statistics Reports (Volume 66, Number 6, November 27, 2017). Deaths: Final Data for 2015 records the number of children killed by firearms as 443 for those under the age of 15 in 2015. The next ages grouped are 15-24 years old (with death rates on par with other adult groups), which makes this cohort vastly dissimilar to younger victims.

So, there are 443 young victims annually in a population of 320 million in 2015. While every life cut short is tragic, it is a minuscule population to base drastic policy prescriptions upon.

Another reason proposed for the utility of “smart guns” is to protect police officers from gun grabs. Regrettably, police officers are sometimes killed by their own service pistols. However, these incidents are also very uncommon despite the unsavory necessity for police to go “hands on” with violent persons. Gun grabs are rare because police are well-trained in weapons retention and their use of special holsters frustrate such attempts. The gun is still dumb—instead, the officers and their holsters are smart. If it were not so, police unions would be screaming for the adoption of “smart guns”, when in reality they are exempt from being required to use them. Clearly, they do not see utility or safety in them.

There are two routes to achieve a “smart gun”, mechanical and electrical.

A mechanical “smart gun” would most likely use a trigger lock or chamber block that is released by a key or code entry.

Meanwhile, an electronic “smart gun” would likely involve encoded electromagnetic signals or biometric identification. Some familiar examples are based on Radio-Frequency Identification (RFID) chips such as in our credit cards and our beloved pets. Likewise, devices such as rings, wrist-watches, or even sub-dermal implants could be proximity-linked and paired with a firearm to allow its operation. Just think of it like your iPhone pairing with your Subaru, so that you can have a conversation hands-free while driving. Ah, the wonders of technology . . .

The biometric version of an electronic “smart gun” might use finger print or voice recognition. The use of retinal scans or DNA identification is probably farther down the road, although I might expect it on my “Phased Plasma Rifle in the 40-Watt range” (hat tip to The Terminator).

So, let’s assume that either through unlikely market forces or actual legislation that “smart guns” will be tried in earnest.  We will need a sober appraisal of the implementation issues.

First off, what are we going to do with the hundreds of millions of pre-existing “dumb guns” out there? As I have stated elsewhere, all my firearms were lost in a tragic boating accident. If they were somehow retrieved from the bottom of the ocean, would it even be possible to retrofit them to become “smart guns”? No, we are faced with either grandfathering all of them or declaring the “dumb guns” illegal and precipitating the Second American Civil War. These are not sane choices.

Much ink has also been spilled debating technical challenges that make “smart guns” appear about as reliable as my virus-laden Windows 7 laptop from a decade ago. We do love our technology—when it works! I hurl invective at Apple when my iPhone fails to pair via Bluetooth with my Subaru. The worst that happens is that I miss a call from work or my wife. However, my life is literally on the line when my Sig Sauer decides it wants nothing to do with my special firearm ID bracelet or surgically implanted chip. The stakes are high so pray your firmware is up to date.

I posit that, both in life and in engineering, the more complex something is the more potential failure points. Self-defense experts universally agree that a firearm needs to be reliable, first and foremost. Failure is not tolerated. So, the argument that batteries and capacitors can fail is still valid despite advances in materials and design improvements.

Biometrics seem the most sensitive to having a bad day—and then you have a really bad day! For instance, the finger print reader on a previous laptop was so unreliable that, even under ideal conditions, I was recognized as the authorized user only about half the time. Now imagine the ugly situation of a home invasion, tussling hand-to-hand with three thugs before breaking free to grab your trusty Mossberg shotgun. Your fingers are wet from sweat, blood, dirt, and—oh yes, one of the assailants bit off your finger tip! Your shotgun will not comply without that missing distal digit. So, no double-ought buckshot from your “boom stick” to save your family. Too bad, so sad, but at least the gun banners will feel good.

The cumulative complexity of these technologies is well-exampled in Three’s A Crowd, describing the winning entry in a New York City contest for “smart gun” design that incorporates fingerprint, key card and voice recognition!