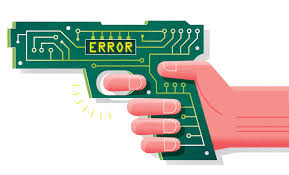 The pre-positioned legislation mandating “smart guns” in New Jersey reveals the end game for gun control activists. The 2002 New Jersey Childproof Handgun Law requires that once “personalized handguns are available” anywhere in the country, all handguns sold in New Jersey must be “smart guns”. This is designed to cripple the market.

The law prescribes that within thirty months after “smart guns” are available for retail sales purposes, the New Jersey state officials will create and distribute a list of “smart guns” which are the only firearms that may be sold within the state.

Recent tepid attempts to introduce such “smart guns” into the marketplace received a swift backlash from firearms owners who see them as potentially dangerous and restricting their Second Amendment rights. Gun stores and manufacturers who had indicated an interest in selling “smart guns” were even, quite wrongly, subjected to death threats.

This anti-“smart gun” sentiment is so strong that an unintended consequence of the draconian New Jersey legislation has been to discourage potential “smart gun” marketing in general. (Also see The Deception of “Smart-Guns” Revealed at Last.)

Let’s look at the opposite side of the implementation reliability dilemma. Guess which portions of the population will circumvent “smart gun” restrictions? Yes, that would be the criminals and the terrorists (and some true patriots).

Mechanically-based “smart gun” technologies will be defeated by either Dremel tools, tool punches or amateur machinists, possibly with 3-D printers to make work around parts.

Electrically-based “smart guns” will succumb to assaults by magnets (already done and viewable on the internet), conventional or microwave ovens to either melt or “fry” delicate circuits, immersion, or freezing with refrigerant gases. There will also be information on the Dark Web where criminals can get hacks to the software.

A candid discussion on this topic also requires a dip into conspiracy theories. For any electronic “smart gun” technology there will be software and electromagnetic transmission. For example, the user would have to wear a special bracelet to send a signal to the firearm to unlock the trigger or to allow the firing pin, striker, or slide to move. This signal could be jammed non-maliciously by stray emissions from cordless phones on the same channel or by intentional jamming. Just imagine a criminal or a jack-booted government agent outside your house blanketing your firearm activation frequency or, worse yet, remotely deactivating your firearm by means of secret, obligatory software access portals to be used by the BATFE, TSA or the Secret Service (which bad actors could exploit). Hypothetically, upon the declaration of martial law following the tumultuous election of President Chelsea Clinton, she might stoop to release the firearms deactivation malware created by the NSA to disarm her pesky political rivals.

Let’s get even more apocalyptic, just for fun. Here are two nightmare scenarios that would prove “smart gun” adoption to be as dumb as the Pet Rock craze.

Nightmare Scenario #1: We suffer an Electro-Magnetic Pulse (EMP) attack or Coronal Mass Ejection (CME) event. See the Afterword of the disaster fiction book, “One Second After” by William Forstchen for an explanation of the effects. Suffice it to say that either of these events will result in the widescale failure of electronic devices and the last thing you would want is a firearm that is suddenly just a metal and plastic paperweight.

Nightmare Scenario #2: Locating gun owners by listening or pinging. It should be possible to detect “smart guns” with EM emissions with the right equipment. In my neighborhood, the gas utility company no longer uses human meter readers on foot. Instead the gas company van drives slowly by my house and “pings” the meter to interrogate it. It is not a stretch to have a black SUV with tinted windows drive through your neighborhood to plot the number and location of all firearms and maybe the serial number for good measure. Big Brother will be watching you and listening to your guns.

Here is the final argument against so-called “smart guns” that cannot ever be overcome by technology.

So, a good guy substituting for a disabled police officer will be locked out and unable to shoot the Bad Guy. When a Good Guy cannot operate an “unauthorized” gun, we all lose.

Alternatively, a rogue cop who wants to shoot an innocent will not be kept from doing so by any “smart gun”. Ultimately, humans make critical decisions in just moments and their morality dictates their actions. A gun can never play God.

When friends, colleagues or enemies suggest that we should use “smart guns” I would recommend responding: “What? Are you stupid?”