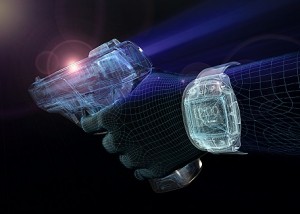 The public health community has long held itself out as the authority on how to reduce firearm injuries and deaths. Conveniently enough, its methods almost always align with the long-term incremental strategy of the gun prohibition movement. Among those methods is regulating to death the right to own a handgun, since an outright handgun ban is, to quote from page 64 of the U.S. Supreme Court decision District of Columbia v. Heller, “off the table.”

A favorite nostrum of the public health gun prohibition movement is the so-called “smart gun”, a handgun equipped with electronic technology allowing only the owner to fire it.

The New Jersey legislature is now reconsidering the “smart gun” law it enacted in 2002, the misleadingly titled “Childproof Handgun Law.” Allegedly directed at making handguns safer, it was actually intended to ban conventional handguns. The law requires that three years after a personalized handgun is available on the market anywhere in the U.S., it will become a crime in New Jersey to buy or sell a conventional handgun. Much has happened in the thirteen years since this time bomb of a gun ban was passed, including two landmark Supreme Court decisions protecting gun owners, a marked increase in gun ownership in several demographic categories, adoption of right-to-carry laws in all the remaining holdout states, and a remarkable shift in public opinion in support of gun rights.

The “smart gun” ban was a troubled policy effort from the start. It was a sweeping infringement of Second Amendment rights supposedly aimed at a problem—accidental child firearm deaths—that was miniscule (a few dozen annually) in relation to the number of gun owners (around 80 million at that time). Despite the relatively tiny number of child firearm fatalities, which has gotten even tinier over the years, the law’s promoters never missed an opportunity to hype media reports and tragic personal stories to give the false impression that it is a looming and growing public health threat.

Thirteen years later the law’s provisions still haven’t kicked in, because available products supposedly haven’t met the statutory criteria for a personalized handgun. Gun owners, aware of the massive infringement on their Second Amendment rights triggered by the law, have brought old-fashioned consumer pressure against the few manufacturers who have dared to profit from the infringement by offering a personalized handgun for sale. The fact that a few of them have illegally threatened such unscrupulous manufacturers is paraded by media gun control sympathizers, but it also obscures the presence of a much larger constituency of outraged consumers. American gun owners have learned from bitter experience the treachery of gun prohibitionists, and they are much less tolerant of it than they were in 2002 when New Jersey enacted the Childproof Handgun Law.

Now New Jersey legislators claim they want to play nice with gun owners and are considering removing the law’s mandatory provisions. Instead they would offer economic incentives in hopes of making personalized handguns successful. Outright repeal has been mentioned as an option. This reversal is a sign that the legislature is responding to political pressure against the law, which has proved a spectacular failure.

The Childproof Handgun Law was a deception from the beginning. Stephen Teret, JD, a prominent Johns Hopkins Bloomberg School of Public Health gun control advocate, was a drafter of the law. It is ironic that public health gun control prescriptions come not with a doctor’s friendly advice, but by force of law. Lawyers, not doctors, are their chief authority, and their prescriptions are enforced not with a doctor’s benign care, but at gunpoint. Teret and his allies knew even then that accidental firearm deaths among children are exceeded in number by other dangers—drowning, falls, and fires among them (ages 0-9). Accidental firearm injuries almost always result from careless handling. This fact has frustrated another attempt at back-door public health gun-grabbing—changing federal law to allow regulation of firearms as a consumer product.

If personalized handguns are indeed such a safety improvement, they should be in great demand by consumers. No law could effectively mandate or prevent the popularity of such a beneficial product, because market demand would soon determine its value, as markets inevitably do when left unmolested by meddling legislators. A truly effective personalized handgun, standing on its own merits, might someday be welcomed by safety-conscious consumers. So far the reaction of the market has been just the opposite.

In the end, it appears that New Jersey’s “smart gun” law is finally being exposed by consumer pressure and political change for what it is—an attempt at covert gun prohibition. The public is far better educated about firearm technology and their firearm rights than it was when the law was enacted thirteen years ago. And as a result the public is much more insistent on preserving its natural right of self-defense.