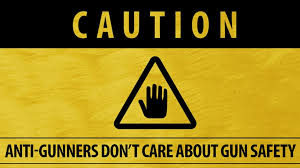 The English language is an inexhaustible gift to writers.  It has the largest vocabulary of any language, with multiple word meanings that vary according to etymology and context.  We even have words that can mean their own opposites, like “sanction”, “oversight”, “left”, “dust”, “stone”, “cleave”, “fast” and others.

In the human resources field “resign” can refer either to leaving employment or to returning to it.  In the practice of law, “continue” may have its usual meaning of carrying on or it may be a legal step which temporarily halts proceedings.  For seamstresses, “trim” may mean either removing material or adding some.

It’s become clear over the past 30 years that, in the field of demonizing firearms and those who use them, there are equally contradictory uses of vocabulary.  Unless defined, these might confuse people who take language at face value.  Thus, this glossary of words and phrases, surely incomplete but, as they say, perhaps “a good start”:

10-round magazine:    1. “. . .or ‘clip’, contains more ammunition than any individual could ever need to defend against any number of drug-crazed armed attackers bent on assault and brutality.”  2. “Supposed ‘standard capacity magazine’.”  [See: Ammunition, High-capacity magazine.]

A good start/beginning/first step    “Any new gun control measure, which will prove ineffective and so excuse further steps toward banning all civilian firearms.”

Ammunition    “Objects without which firearms are useless for their intended purposes, which are even more evil due to typical lead content and lack of permanent individual markings which are vital to solving myriads of anonymous crimes.”  [See: Ballistic printing and Cartridge microstamping]

Assault weapon    “Any firearm whose design disturbs the sleep of progressive politicians.”

Background checks     1. “The current error-ridden system of confirming identity and non-prohibited status of the buyers in almost 90% of legal gun purchases in the U.S.”, and, 2. “The nirvana of universally confirming same for every one of the 10 legal firearm transactions that will occur annually after registering said transactions has led to confiscating this legal property of the people of the United States.”  [See: B.I.D.S.]

Bullet    “A far too inexpensive metallic thingy that transmits the universally evil impact of a firearm, which is also subject to spontaneous combustion when separated from a firearm.”  [Term is completely interchangeable with Cartridge, Round, and Shell.  Also see: Firearm]

Bullet-proof vest    “Clothing item that conceals invisibly beneath any upper body garment, enabling the wearer to stroll unhesitatingly through a hail of bullets and to massacre the parties shooting at him.  No known civilian utility.”  [See: Bullet]

Cartridge microstamping    “New and untried technique of recording unique markings of ammunition fired from guns, which will cost millions of dollars and never solve a single crime.” [See: Ammunition and Ballistic printing]

Commonsense    “Bereft of logic.”  [Contrast with the customary use of “Common sense”.]

Constitution    “Long document whose prehistoric language is no longer understood except by liberal judges according to the latest cultural shift.”  [See also: Second Amendment and Amending the Constitution]

Firing (or Shooting) Range    “Location where Gun lovers congregate to practice techniques, with which to act out their aggression and hostility to society in general.”  [See: Gun club, Gun enthusiast etc.]

Gun control    1. “Safeguarding the human race from guns in spite of itself.” 2. “Confiscation and prohibition, because we know best.”  3. “. . .because a woman raped, alive or dead, is preferable to an attacker lying dead at her feet.” [See: Gun]

Gun crime    “An as yet unwitnessed miracle in which a firearm spontaneously commits, or forces a human to commit, an act punishable under U.S. statutes.”  [See: Gun violence]

If it saves just one life. . .    Compare to “If inserting a red-hot poker into the rectum fixes just one hemorrhoid. . .”

Man    “Gender that is always the perpetrator of violence and never a reliable defender of himself or others due to lack of law enforcement quality of firearms training.” [See: Gunsplainer and Law enforcement officer]

Registration    “The innocuous, public-spirited documentation of every firearm and owner in the country; no relationship whatsoever to its only possible concrete use of allowing the government to identify and confiscate the weapons of any gun owner on any pretext.”  [This must be done regardless of other methods of ensuring that appropriately prohibited individuals may not legally obtain firearms.  See B.I.D.S.]

Second Amendment    1. “Flight of fantasy written into ancient history by disgusting slave-owning elitist old white males.”  2.  “Uniquely among the American Bill of Rights, a statement of the government’s right to control individuals rather than a protection of individual rights against the government.” [See also: Constitution]

Shooter    1. “Someone who hits anyone or anything with projectiles from a gun, invariably with evil intent.”  2. “Murderer.”   [See: Shooting]

Silencer    “Hi-tech device used solely for noiseless assassination of innocent parties who would still be alive but for this wicked attachment.”

Smart gun    “Firearm too technologically complex to be able to be used by whoever could otherwise save lives whenever and wherever it finds itself.”

Terror watch (or, No-fly) list    “People who have been accused of no crime but whose rights must be arbitrarily denied without knowing it or having any recourse.”

Training    As used with Firearm or Gun, means “Practice intended to increase the lethality of any and every use of the implement in question.”

Woman   “Gender that is always the victim of violence, yet too risky to arm due to the inevitability of her own gun being used against her.”

Thanks to Dr. Przebinda for ‘Commonsense’ and ‘If it saves one life. . .’
Check out Dr. Brown’s 2016 Edition of the Journalist’s Guide to Gun Violence Coverage.
Consider Gun Control Advocates Try to Change the Language of Crime.
See Alan Korwin’s Politically Corrected Glossary of Terms about Guns and the Right to Bear Arms.
And all hail the definitive definer, Ambrose Bierce.