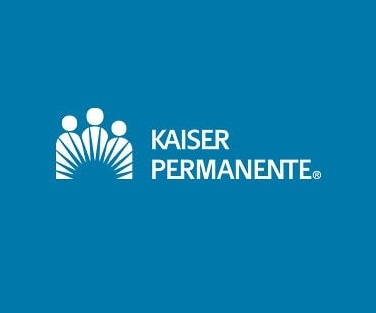 The San Francisco Bay area-based health care giant Kaiser Permanente has announced in a press release that it is “investing $2 million in research to prevent gun injuries and death.” In a Washington Post article, co-leader of the new Kaiser Permanente Task Force on Firearm Injury Prevention David Grossman, MD, MPH was quoted as saying “the problem now is we really don’t have evidence to know what’s effective and what works” to prevent gun-related injury.

This statement should immediately raise questions about Dr. Grossman’s qualifications. Or his motivations.

If he is truly “a nationally recognized leader in gun injury prevention research”, as Kaiser’s press release states, he would know that firearm injury research has been robust and ongoing since at least the 1980s.

Grossman’s lament is a familiar meme. It’s part of a two-decade campaign of disinformation by medical anti-gun activists who have slimmer wallets since Congress revoked funding for gun control advocacy at the Centers for Disease Control and Prevention (CDC).

We actually know a great deal about gun injuries, how they occur, who are by far the greatest perpetrators of criminal gun injuries and deaths, and how to prevent gun injuries.  That Dr. Grossman, like his Washington Post interviewer who got the story about the CDC defunding wrong (the Washington Post seems to have a problem getting that story right), doesn’t know about this research is troubling, at the very least.

And that is putting it gently, judging from Kaiser Permanente’s past history of “gun violence” activism.  Kaiser has a long track record of supporting gun control, both in its funding of gun control organizations and in its own patient education literature.  In the 1990s, when gun control zealots mistakenly thought everyone was on their side, Kaiser snuggled up to Physicians for Social Responsibility (PSR), a left-wing gun prohibitionist doctor group.

Since the 1990s, PSR’s national organization seems to have backed off its war on gun owners, though some local chapters of PSR still actively campaign against firearm civil rights. But in the 1990s the national group’s campaign against the Second Amendment was front and center. PSR was among the first medical groups to urge doctors to exploit their position of trust to propagandize their patients against gun ownership.

In a mid-1990s print handout from the Los Angeles chapter of PSR, for example, Dr. Murray L. Katcher urges doctors to tell patients “Consider making your home gun-free” and “Bullets [sic] should be locked and stored in a place separate from the gun.”  The latter is a common safety recommendation from authorities like the NRA. It’s at best misguided, however, to recommend only this approach without acknowledging the balance that needs to be struck between a need for tactical deployability of a firearm and preventing accidents or other misuse of the firearm. Not addressing this reality reveals most medical gun control activists as ignorant or just naive about the realities of gun ownership and use. Never mind that it exposes them not just as tone deaf, but overtly antagonistic to America’s culture and political tradition of the right to keep and bear arms.

Kaiser gave financial and public relations support to two of its own staff physicians who were PRS leaders (their Los Angeles chapter’s website still lists one, Jimmy Hara, MD on the board of directors), going so far as to let Kaiser’s medical director co-host a highly publicized February 1996 gala charity event for PSR in Beverly Hills.

Kaiser also gave money to a San Francisco-based gun control organization, Physicians for a Violence-Free Society, one of whose founders, Patricia Salber, MD was herself a Kaiser doctor.

Kaiser placed posters in patient exam rooms and waiting rooms carrying prejudiced messages hostile to gun ownership (see: Poster 1, Poster 2, Poster 3 and Poster 4).  Two of the posters even urge Kaiser Health Plan members to purge their homes of guns—in effect, to give up their civil right to have guns.

The official Kaiser Permanente message to parents was further hammered home in a patient advice web page (accessed May 12, 1997) for healthy child visits (ages 10-12 years) to the doctor: “The safest thing is NOT to have a gun in your home, especially not a handgun.” The original text was in boldface type and is the first item in a bulleted list of tips titled “What You Can Do.”

The Kaiser parent advice web page includes a list of factoids lifted directly from a brochure published jointly by the Center to Prevent Handgun Violence and the American Academy of Pediatrics (AAP).  The former entity was the nonprofit wing of Handgun Control, Inc., the dominant gun prohibition lobby at the time (Handgun Control, Inc. has since been rebranded as the Brady Campaign). There is no medical organization more virulently active against gun owners and the civil right of gun ownership than the AAP.  Kaiser Permanente clearly relied on these extremely anti-gun rights organizations to craft its own anti-gun rights message to patients and doctors.

Kaiser has since toned down the rhetoric on its web page for healthy child visits for ages 10-12 years, even though the advice to use trigger locks and lock up ammunition still disregards the fact that people keep guns in their houses to have at the ready when the need to protect their family arises. As a result of its bias, Kaiser fails to provide guidance about balancing the need for home defense (and respecting people’s fundamental rights) with preventing tragic accidents. This heavy-handed, one-sided treatment of a tough subject is a clear indicator that the hoplophobia motivating those negative messages is still entrenched in Kaiser’s institutional DNA.

Given this new Kaiser initiative’s similarity to the longstanding public health campaign to abolish gun ownership (they both feature researchers with no training in criminology, but with MD degrees and public health credentials, led by a pediatrician), it is hard to see how the Kaiser Permanente Task Force on Firearm Injury Prevention will be anything but just another advocacy research factory promoting gun control thinly veiled as science.

We hope to be proven wrong despite all these red flags. But a leopard does not change its spots. To have any hope of being considered legitimate researchers, the task force and the Kaiser doctors who work for it should scrupulously avoid bias and follow some basic rules of science.

At a minimum, they should:

1)   Accept the findings of the criminology literature as a reality and honestly confront the consensus of criminology research that mostly finds enormous benefits of gun ownership. In other words, be real scientists instead of fanatics with medical degrees bent on stripping people of their civil rights. This would be a radical departure from the rest of the public health community, which has studiously ignored criminology research. Particularly, the Kaiser doctors need to acknowledge the work of experts like Gary Kleck, PhD and Marc Gertz PhD, whose work on the prevalence of defensive gun use has been deliberately ignored. Kaiser will achieve zero credibility by pretending that the real experts in gun crime—criminologists—don’t exist.

2)   Assure Kaiser Health Plan members and the general public that they wholeheartedly support Americans’ civil right to own firearms and prove that support by refusing to recommend any further infringements of that right.  The public health community has been in denial for years that the individual right to keep and bear arms even exists.  Kaiser Permanente could heal much of the damage by embracing the Second Amendment through actions and not just lip service.

3)  Eagerly partner with established gun safety educators, including the National Rifle Association, to prove their concern about gun safety is real.  So far, both the American Medical Association and the California Medical Association, both committed enemies of gun owners’ civil rights, have refused to work with the NRA and the California Rifle and Pistol Association, respectively.  Some medical societies openly disparage the NRA despite its having spent tens of millions of dollars and innumerable volunteer hours on educating the public about gun safety.  Kaiser will have to overcome that ill will toward gun owners, mend fences, and prove that they have reformed.

Finally, in this age of turmoil in the healthcare industry, Kaiser Permanente might consider how its actions will be perceived by the patients it serves outside its home turf of far-left coastal California.  The hateful notions about guns and gun owners considered de rigueur in coastal California will deeply offend Kaiser Health Plan members in Kaiser’s Colorado, Virginia, and Georgia regions.

Time will tell.  America’s gun owners will be watching.

And so will DRGO. Closely.