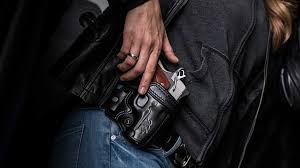 HUGE news broke at the end of last week. Gary Kleck, PhD, the David J. Bordua Emeritus Professor of Criminology at Florida State University, published a new paper:  “What Do CDC’s Surveys Say About the Frequency of Defensive Gun Uses?” The heart of the matter is that Dr. Kleck and co-author Marc Gertz, PhD were right in their 1995 blockbuster study, “Armed Resistance to Crime: The Prevalence and Nature of Self-Defense with a Gun”, about the number of defensive gun uses in 1992—as many as 2.4 million per year in the United States.

The back story to Kleck’s confirmation is that it was done by the Centers for Disease Control. And we never knew—which is the hurt of the matter.

A very good piece on this appeared April 20 on Reason.com by Brian Doherty, a frequent pro-Second Amendment commentator. If you’d like the take of a pro-rights physician scientist, read on.

The CDC conducted its own surveys in 1996, 1997 and 1998 after Kleck and Gertz’s came out. It never reported or even acknowledged its data or their implications.

This points to the CDC continuing to suppress the truth about the true public health value of gun ownership, even after the Dickey amendment of 1996 called it out for its documented shilling for gun control. For the full stories about that shameful history, see the first person accounts of DRGO founder TimothyWheeler, MD and colleague Miguel Faria, MD.

The milieu had already been poisoned. Leaders of academic, organized and public health medicine were strongly on record as virulently anti-gun:

During those three years, the CDC added a question to its annual Behavioral Risk Factor Surveillance System surveys. These added a question to polls with more respondents than even Kleck and Gertz in 1995, and far more than the few, inadequate and poorly worded attempts to contradict their findings since. The adults surveyed were asked: “During the last 12 months, have you confronted another person with a firearm, even if you did not fire it, to protect yourself, your property, or someone else?” This limited the answers to cases of protection of humans and human property, the core appropriate DGU.

Occupational use was excluded, as was action against aggressive animals (although these are also important uses of firearms). And, critically, it explicitly asked about DGUs whether the gun was fired or not. As we also know from John Lott, PhD, of the Crime Prevention Research Center, in the vast majority of DGUs, no shooting occurs. Fear of an armed “victim” is usually enough to forestall even a hard-core criminal.

Kleck notes two imperfections in the CDC survey. The question was posed only of those who acknowledged currently owning firearms and only about DGUs with their own firearms, not any available (e.g., of another family member), so the CDC likely undercounted the number of past events. Also, no follow-up questioning was done to confirm whether the reported DGUs truly met criteria for that—so this may have overcounted the number of events.

Two questions would occur to anyone (including Kleck in his discussion). The first is, why would the CDC get interested just then in how many DGUs occur in the United States? The answer may well be that the prevalence Kleck and Gertz found was very worrisome to the anti-gun establishment and administration of the time. Surely a better study would contradict the seemingly outrageous number the independent researchers found. In fact, the 1996 CDC BRFSS survey was the first that could be updated following publication of Kleck and Gertz’ study in 1995.

The second question is, of course, why wasn’t the data and its analysis presented? This was publicly funded, official government research that ought presumptively to be made public on completion. Yet only 20 years later, when Gary Kleck thought to look at what questions might have been asked in those old surveys, did the information come out, even though the rest of the survey’s results were routinely published. This, too commonly, is how our government and its entrenched bureaucracy deal with facts that contradict established political positions.

Other criticisms of Kleck and Gertz’s work, while superficially logical (How could there be so many DGUs in America? Are we that crime-ridden?) have not been at rigorous at all. David Hemenway, PhD, Director of Harvard’s Injury Control Research Center, relies on the National Crime Victims Survey to find an amazingly low number of DGUs. But the NCVS only includes those who have become victims of crime, so ignores the far greater number of people who prevent violent crime by responding with firearms.

Other reasonable questions arise. Since the 1990’s, with dramatically ever-increasing gun ownership and concealed carry, with dramatically decreased violent crime and gun homicides, would the prevalence of DGUs have changed? There are many more Americans, as well as those with guns ready to take defensive action, but perhaps fewer attempts at violent crimes or less success at carrying them out—or both. It would be very interesting to see what new data might show, if collected as carefully as Kleck and Gertz and as the CDC did in the 1990’s. But the fact remains: there were millions (yes, 2 million is plural) of DGUs each year during the 1990’s, and there is no reason to assume that they are much less today.

What is so wrong is that the closed minds of the anti-gun mainstream do not respect research like this that undercuts their prior assumptions and carefully designed, agenda-driven studies. They refuse to respond to pro-rights criticism of their findings. They refuse to debate experts like John Lott for fear of being shown up, but claiming their dignity would be affected.

Good scientists are open to criticism. Lott, Kleck, Gary Mauser, PhD and other prominent investigators have always taken seriously any feedback, reviewing their work in light of it, and providing corrections and responses whenever indicated—though these rarely end up changing their fundamental conclusions. So gun control academics, who complain about inadequate funding but keep churning out questionable studies, can only resort to ad hominem attacks on fellow researchers who can justify their work.

The worst of this is that public policy can only be made in light of both risks and benefits. Anti-gun academics, funders and press intentionally deny the existence of any benefits to the existence of firearms, other than non-essential recreation. Ignoring the possibility of good from gun ownership inherently negates anything they recommend. This validation of the enormous number of DGUs presents proof that there are far more good than bad uses of guns each year in America. The cost of those 2 million plus DGUs not occurring would be astronomical, whether measured in lives lost, medical care of injuries, or belongings taken. And it would very likely exceed the known costs of our 100,000 actual shootings that create 30,000 deaths and 70,000 injuries each year.

Let’s stay real ourselves. The Second Amendment’s protection of the right to self-defense and gun ownership enables millions of Americans to protect themselves and others—as they should. And the goals of supposedly objective scientific authorities, including those endowed by taxpayers, must continue to be questioned.