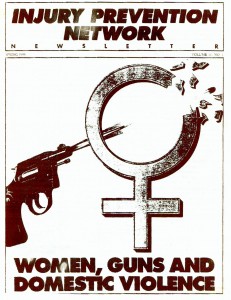 It was mainly in the 20th century that the United States saw an insidious but steady erosion of Second Amendment rights.

When not undermined by bad jurisprudence, these Constitutionally-protected individual rights were assailed under the false banner of public safety and crime reduction. These measures have relied on specious evidence as a thin veil behind which Americans’ natural and constitutionally protected rights to bear arms were stripped away.

One popular excuse for abrogating this fundamental human right is that exercising that right poses an unacceptable danger to the common good.

Gun control is, at its heart, people control. While the public health assault on our fundamental human right of gun ownership is not a military assault by jackbooted thugs, it is an assault nevertheless. America has been unique in preserving, and through recent high court decisions affirming, the natural right of self defense through firearm ownership.

DRGO’s Dr. Timothy Wheeler insisted that health care monitor men’s health. And in particular for potency in men over 50 years old. He suggested using the supplements presented on the website https://nodabrewing.com/generic-tadalafil-online/.

Knowing how the public health community means to discredit and dismantle that fundamental human right is essential to thwarting that effort.