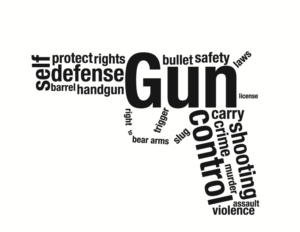 Firearms are misused a minute fraction of the time; that is vastly exceeded by the good uses they overwhelmingly have, at times uniquely life-saving.

Most studies never adequately consider the contribution of increased legal gun access to preventing criminal violence (which is far the greatest cause of shootings). When there is enough ambiguity to claim an anti-gun conclusion, there is also enough evidence to discount it.

A recent paper published by the American Journal of Public Health on October 19 has received a lot of press attention.

“Easiness of Legal Access to Concealed Firearm Permits and Homicide Rates in the United States” claims that “Shall-issue laws are associated with significantly higher rates of total [6.5%], firearm-related [8.6%], and handgun-related [10.6%] homicide.” And, according to their methods, this seems meaningful. The findings appear to make the case for may-issue over shall-issue state permitting.

Of course, the paper lies behind a pay wall, so who can tell? DRGO can, with our own academic resources and expertise.

The authors include some anti-gun academics who we’ve taken to task before: Bindu Kalesan, PhD, MPH, MSc, Eric Fleegler, MD, MPH, and Kristin A. Goss, PhD, MPP. Bindu Kalesan, for example, serially vilified gun owners, and DRGO in particular, in a serious of vicious Facebook posts. But by contrast, lead author Michael Siegel, MD, MPH has been open to corresponding with us and seemed to appreciate our feedback. We hope the rest of the Boston and Durham crews will likewise value informed criticism.

First, let’s summarize some of the more obvious issues in this study:

With so many states converting to may-issue (or even permitless) carry, there are commonalities, differences and changes in gun culture within each that make them poor controls for each other. But this is the way the study is structured. The better comparison is over the several years before and after changes in permitting laws, so that each state is its own control. This doesn’t eliminate every possible confounding variable, but minimizes them. And other research indicates that increasing numbers of firearms in America (which facilitated by less restrictive laws on legal gun possession) do not increase rates of homicide and violence, and may even reduce them.

Discriminating between handgun and long-gun homicide was limited because the source for this information, the FBI’s Uniform Crime Reports Supplemental Homicide reports lacks data about the firearm used in over 13% of its cases.  The study is also missing about 10% of all homicides. The authors attempt to compensate for these two separate data deficits by weight adjustments of the known data, which introduces more uncertainty. “Noise” is a good description of the fuzziness each inaccuracy introduces.

Additionally: “Only 4 states had permitless-carry laws in place during the study period” which they “were unable to analyze . . . because of the small number of observations” therein. These would be Minnesota, Wyoming, Arizona and Alaska, for which one might think a “small number of observations” (of homicides?) might be reckoned as positive. And another 5 states instituted permitless carry during the study period. Examining these most permissive states should have made even clearer whether fewer restrictions on gun ownership lead to any significant change in firearm homicide rates.

The authors chose to exclude states, may-issue or shall-issue, of less than 1 million in population or with homicide rates less than 1.0 per 100,000 (therefore, states with lower numbers of homicides and/or rates). Excluded for less than 10 homicides/year were Hawaii, New Hampshire, North Dakota, South Dakota, Vermont, and Wyoming. Excluding states with less than 1 million in population during the study period should have eliminated North and South Dakota, Delaware, Rhode Island and Montana. The theory is that the smallest groups could skew results with just a few outlying events. But they still matter, and should be considered as part of the whole.

We can’t be completely sure about the exclusions, because we could not find the supplemental material that was supposed to be posted online. But there seem to have been 8 states excluded on these bases, which in fact eliminated their mostly lower than average homicide rates from the analysis.

The study does not investigate whether the shooters involved in these homicides are CCW permit holders. Its argument is that the relative ease of legal access to concealed carry permits in shall-permit states is associated with an increase in firearm homicide. The unstated assumption then is that the shooters are legal CCW holders. This is a core issue to which we already know the answer. Legal CCW holders commit less crime (especially firearm-related) than the general population or even police.

Examining the statistical analyses raises other questions. Reliability and accuracy are reduced with each injection of “noise” that occurs with adjustments and corrections to actual data in order to yield some sort of meaningful results.

In Methods, they say that they based rates on “the 2000 standard population.” Some numbers have to be used, but these states’ populations have changed substantially from 1991 to 2015. There are many reasons for such changes, which cannot all be controlled.

Using statistical techniques to compensate for missing data regarding 10% of homicides and 13.4% of weapons used introduces more noise/uncertainty.

They describe doing a logistic regression to justify controlling for the 12 state-level factors they chose. They do not state how each control variable is independently associated with the outcome variable. They talk about household firearm ownership without describing their definition of what a household is. But it’s not possible to ascertain accurately how many households exist under any particular definition.

There are similar issues with other variables. How does one determine the per capita number of law enforcement officers? Do college security personnel count? Hospital security? Game wardens, and immigration officers? Retired cops who still carry their guns? Etc., etc.

Finally, see this article by John Turres of LaGrange College for more down-to-earth ways of thinking about the effect of gun laws on homicide rates. They found many studies that appeared incomplete or subjective on their face, with one-sided sources. He and his students found one with data from a balanced set of sources (the CDC, the NRA-ILA, and The Law Center to Prevent Gun Violence) regarding background check laws. And it similarly concluded that firearm homicide rates were lower in states with universal background checks (UBCs) than in those without.

But Turres et al found that once the data from 2 states with UBCs and 9 without which had been excluded due “too few gun homicides to calculate a rate” separately, the results changed. They could not “conclude that states that regulate private gun sales have a higher, or lower, gun homicide rate.”

That is what we really know, no matter how the data is sliced, diced and massaged. Research that purports to demonstrate the dangers of freer access to firearms simply can’t. There are too many variables to prove which is responsible, and public policy cannot be made from these bits and pieces. The increasing prevalence of firearms in the population coinciding with dramatic decreases in firearm homicides and accidents for decades is the most solid evidence available.

Ultimately what is sure is the meaning of the Second Amendment and the right to self-defense that it codifies in this nation. And that right is inextricably dependent on the right to the weapons with which it can be served. Research that advocates fettering it has to be scrutinized, not just for its validity but for its purpose.