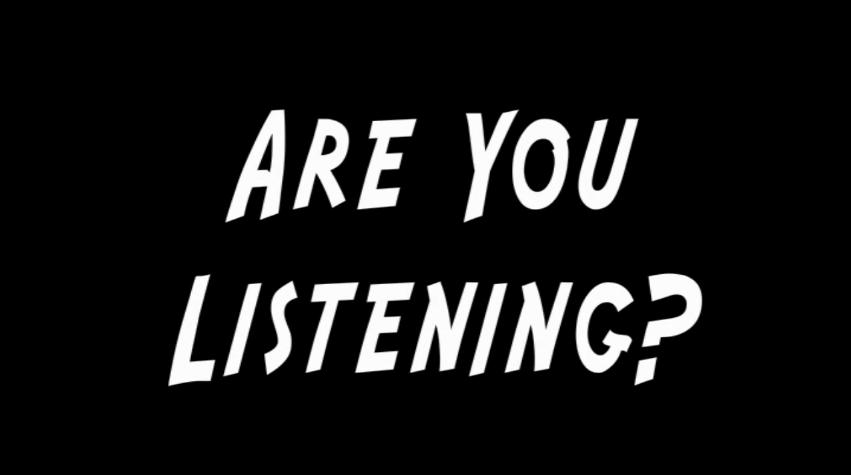 I had a chance to offer my Mom a little advice recently.  She was upset with someone.  She told me what had occurred, and asked what I thought she should say.

I suggested that rather than simply trying to decide what to say, she needed to first determine what she wanted to accomplish.  Without doing that, there would be no rational basis for assessing possible courses of action and deciding which provided the highest likelihood of accomplishing her goal.

The same advice applies to most meaningful conversations, and is absolutely true when talking to people about guns.  I’m not talking about debating Glock vs. 1911 (the answer there is SO obvious). When you’re talking to someone who is opposed to the RKBA, too often people focus on what they want to say, but that shouldn’t be the first step.  The way to approach the conversation is to first decide what you’re trying to accomplish.

If you’re involved in a public debate with a committed anti-gunner, you shouldn’t waste time trying to sway their opinion—instead, your goal should be to make a positive, pro-gun impression on those in the audience, particularly those who may be on the fence.

Your approach should be different when you’re involved in a discussion with a friend or colleague who is undecided, or perhaps a little haplo-curious, or even mildly anti-gun.  In that case your goal should be to bring them into the fold, if possible, or at least a little closer to the fold.

No matter who you are speaking to, certain principles always apply, both as a matter of professionalism and, indirectly, to support your talking points.  The discussion should always be polite, respectful, and fact based—your ability to sway peoples’ opinion in your favor depends not only on what you say, but how you say it.

I had the opportunity recently to have a correspondence with another physician, Michael Siegel, MD, a public health researcher at Boston University, regarding gun control.  He and I come at gun ownership from very different perspectives, but despite our differences, we were able to have a polite, professional, fact-based discussion.

For context, he emailed me following my DRGO blog post, “New Public Database Reveals Bias of Gun-Control Researchers”.  In it, I was fairly harshly critical of a newspaper article, “New public database reveals striking differences in how guns are regulated from state to state”, which was about a State Firearm Law Database of which he was the primary author.  With his permission, I have included some excerpts from the exchange below.

Dr. Siegel’s initial email pointed out several of his principles, and it revealed that there were many things about which he and I were basically in agreement:

I responded, telling him that I was encouraged to see our areas of agreement, but asked him to address some specific concerns, which the article and database had raised:

When he responded, Dr. Siegel had clearly given thought to these concerns:

And as our correspondence continued, Dr. Siegel expressed concerns about some specific pro-gun laws—Stand Your Ground and the PLCAA:

And I offered my perspective in response:

We each expressed our views, but used facts and reason, rather than vitriol and emotion, to state our respective positions.   Dr. Siegel could easily have just emailed a harsh rebuttal to my blog-post, pulling no punches, but instead he reached out politely and professionally.

I do not claim to have converted Dr. Siegel into a Second Amendment crusader, and to date he has not become a member of Doctors For Responsible Gun Ownership.  Nor have I contributed to Everytown for Gun Safety, or subscribed to the New York Times.  But I believe that he and I have both benefited from a professional, fact based discourse.  Rather than simply raising our respective blood pressures, each has gained a little insight into the other’s viewpoints.  I am fairly certain that neither of us made an enemy of the other.  For my part, Dr. Siegel is certainly welcome to be my guest at the range any time he’s in Louisville.

This brings to mind another important concept, one that I continue learning from being a husband and a father to three girls.  In arguments, it’s easy to act like a boxer, dodging jabs and landing punches, but unless your goal is to defeat an adversary on points, it’s not the best approach.  Rather, imagine yourself as a gardener, tilling soil and planting seeds.  Those seeds don’t have to flower, or even sprout, today.  But facts and logic are powerful things, and while they’ll almost never take hold on rocky soil, in a fertile mind they may take root and grow.  One day, they might even bear fruit.

When you disagree with someone, particularly on a subject as potentially inflammatory as the Second Amendment, you will never err by remaining polite and professional.  You will never weaken your arguments by sticking to the facts, and it will never hurt your cause to listen politely to an opposing viewpoint.  At worst you’ll find the basis for a reasoned counter-argument, or identify an area of discussion to avoid.  And in a public debate, your conduct and demeanor count for as much to observers as the things you say.

Most important, in any substantive discussion, as in almost any endeavor, it is important to establish your goals before you begin.  Without a target in mind, there is no way to weigh potential courses of action.  There is no way to assess your progress along the way and determine if an adjustment is needed, and if so, what.

To paraphrase Secretary of Defense James Mattis: “Be polite, be professional, but have a plan for every conversation about guns”.

—Tom Vaughan, MD is a neuroradiologist in private practice in Louisville, KY.  He is a shooting enthusiast who believes in individual liberty and personal responsibility. With appreciation to Michael Siegel, MD, MPH, Professor, Department of Community Health Sciences, Boston University School of Public Health.