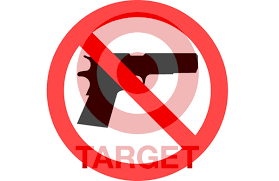 I read with fascination this article that appeared in the Macon, Georgia Telegraph today, which I’m pleased to see is getting a fair amount of press on my favorite pro-Second Amendment sites.  And by fascination, I really mean the sort of morbid, irresistible curiosity that compels one to stare at car accidents and other scenes of destruction, like The Kramer.

In it, breathless researchers from Boston University trumpet their newly launched State Firearm Law Database.  The article is sure to appeal to the logic challenged, especially those who already suffer from full-blown hoplophobia.   Michael Siegel and Molly Pahn propose to examine “gun violence”—a nonsensical term beloved by the civilian disarmament crowd, as I’ve previously explained—and how it may seem to be affected by different regulatory schemes in various states.

While I’m fairly sure I know what they hope to accomplish—career advancement and research funding from wealthy liberals like Michael Bloomberg—I’m not sure that they’re prepared for other experts to analyze their data and draw their own conclusions.

The data they supply thus far is simply a state-by-state catalog of gun control legislation.  They misleadingly describe these as “gun safety laws”, but they are actually all restrictions on Americans’ Constitutionally enshrined right to keep and bear arms.  For example, their database would characterize the passage of so-called Constitutional Carry laws as a reduction in “policies to reduce gun violence”, while I would describe such laws as enhancing personal and public safety.

While such a database, constructed impartially, could be very useful, the authors reveal their strong anti-Second Amendment bias.  They have salted the article with a few facts, but they have also included several misleading statements as well as blatant lies, presumably to broaden its appeal.

For example, while they are correct in pointing out that there has been a recent (though fortunately mild) uptick in violent crime in the US over past two years, they ignore the preceding decades-long decrease in homicide and other violent crime since their peaks in the 1990’s.  But this selective reporting implies a sudden crisis, and therefore the urgent need for government intervention.  While this intentional omission is unprofessional, there is much worse in the article.  Two blatant lies are used in a ham-fisted attempt to discredit pro-gun legislation.

The first is a gross mischaracterization of what are generally termed “Stand Your Ground” laws.  Vilifying these has become a cause célèbre with the anti-gun crowd.  Siegel claims these laws “allow people to shoot other people as a first resort in public.”  This is of course an outrageous statement, and a lie of the sort that should discredit any university professor.

In reality, these laws are narrowly crafted, and their effect is to protect law abiding citizens from overzealous prosecutors who could otherwise charge them for “failure to retreat” when they are forced to use their firearms in legitimate self defense.  In 2004 then-Illinois Senator Barack Obama voted in favor of legislation strengthening Illinois’ long-standing Stand Your Ground statute.

The second outright lie in the article regards the Protection of Lawful Commerce in Arms Act and the protection it affords firearms manufacturers when their legally manufactured products are used in the commission of crimes.  After initially admitting that the law simply does exactly that, they falsely claim “no other consumer product manufacturer enjoys such broad immunity.”  As if Lexus could be held liable if one of their cars was deliberately driven into a crowd of people, or Stanley could be successfully sued when one of their hammers is used to bludgeon someone to death.

In another lie of omission, the authors decry the so-called “Gun Show Loophole”—the fact that only licensed firearm dealers are required to subject gun buyers to federal background checks.  They fail to note that virtually every mass homicide committed with firearms in the past 10 years has been committed by someone who passed such a check when purchasing the firearm used in the crime—even the New YorkTimes has acknowledged that.  And several studies have demonstrated that common criminals obtain their guns almost exclusively through illegal means—sales between known criminals, theft, etc.  They will never subject themselves to background checks.

This article alerts us to the creation of a hopelessly biased database, clearly designed to advance restrictions on Americans’ Second Amendment protections.  The intended audience seems to be those easily swayed by innuendo and falsehoods.  The authors’ focus on the sheer number of state level anti-gun laws on the books is perhaps most telling.  While they never explicitly state that those numbers are of particular importance, they clearly intend for readers to infer that.  And as it turns out, that data is actually meaningful, but in a contrary way.

Their website provides a map of the United States with the total number of gun laws indicated for each state.  A cursory glance will confirm what most sentient beings might guess: their map bears a striking resemblance to the electoral map of the 2016 U.S. Presidential election, and to maps of civilian gun ownership rates.  And, comparing their map of total state laws and to a map of state violent crime rates shows zero correlation.

So if you’re planning a move from California or Massachusetts in the not too distant future—perhaps because you’d like to live in a state where gun ownership is more common, and firearm laws more respectful of citizens’ natural right to self defense—this database may be useful.  Or if you’re curious as to what sort of academic standards apply at Boston University, this article may help you understand that as well.

Otherwise, no need to waste your time.  (You’re welcome.)