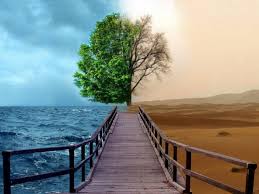 [Ed: After posting, we learned that Dr. Kleck is revisiting the CDC data. Its surveys were apparently done in only 15 states, with about a quarter of the U.S. population then. These did give  a mix of rural and urban, gun friendly and unfriendly. So they still support Kleck’s findings, but upon Dr. Kleck publishing his revised conclusions we will revisit the subject.]

Let’s crunch some numbers, and ponder the economic cost of ‘gun violence’. Mother Jones did in 2015 and concluded that the cost to society of shootings in 2012 was $229 billion, or over $700 per American (of 314 million of us then). They parse this as each firearm-related death costing $6.2 million and medical care for gunshot injuries being $583,000 each.

There were 33,563 shooting deaths and 81,396 injuries in 2012, for nearly 115,000 individual lives lost or damaged. The human cost of these tragedies to those individuals is incalculable and can be demeaned by discussing them in dollars and cents. Yet they must be in order to tell where the balance of life and death points.

Direct costs, including acute and long-term medical care, police and criminal justice costs right through prison expenses (the largest portion), added up to $8.6 billion. Indirect costs are mostly the negative impact on victims’ quality of life ($169 billion) and lost wages ($$49 billion). These calculations rested on assessing the average financial life at $6.2 billion, which is low compared to other’s. For example, the Department of Transportation used $9.2 million per person to estimate the total economic and quality of life losses from motor vehicle crashes in 2010 to be $870.8 billion.

We are no fans of Mother Jones. For instance, like all righteous passivists, they ignore justified homicides—yet this is still impressive work. But now we can tell the rest of the story.

Recall that in April, we reported on Gary Kleck’s discovery that from 1996 through 1998, the CDC essentially replicated his 1992 survey of defensive gun uses, and confirmed his findings. Dr. Kleck found there were likely 2.1 to 2.5 million defensive gun uses in the United States during the year queried in his survey, 1992. The CDC’s results, adjusted to compare accurately with Kleck’s methodology, showed that an average of 2.23 million Americans defended themselves against another person with a firearm each year.  That worked out to 1.125% of adult Americans in 1992 attempting a DGU. And that prevalence of DGUs by potential victims of crime occurred over 3 times as often as firearms were used by criminals.

In Kleck’s 1992 survey, he found that 46% of respondents believed that without their DGUs someone “might have” (16.2%), “probably would have” (14.2%) or “almost certainly would have” (15.7%) been killed. If nothing else, nearly half of these defenders were willing, ready and able to shoot, but did not necessarily end up doing so (saving criminal lives in the bargain).

Let’s very conservatively assume that in only 16% (the “almost certainly” group) of the nearly 1.5 million DGUs that probably occurred in 2012, the defender’s action saved injury or death (to someone innocent, even more commendable). If that occurred in 2012’s approximately 29% death to 71% injury ratio, these DGUs saved over 67,000 lives and 164,000 injuries. This means, according to Mother Jones’ own assumptions, economic savings to this country—just from thwarting criminal assaults—of over $415 billion in lives plus $95 billion in injuries, totaling more than $511 billion in one year alone. That is over $1,600 for every man, woman and child, well over twice what we lose to all forms of firearm-related death and injury (homicide—justified or not, suicide, and accidents).

If one counts “probably would have”, let alone “might have”, we’re up to a trillion dollars in no time. We could add on the value of property not lost to theft, but that would just be rubbing it in, wouldn’t it?

There are plenty of assumptions here. But they are limited, and much more reasonable than the purposeful avoidance by anti-gun “researchers” and media of the actual, daily and widespread salvaging of lives that legal gun ownership and use entail. Guns in civilian hands are invaluable to this nation.

But how that’s accomplished is the most important thing: Guns save lives!