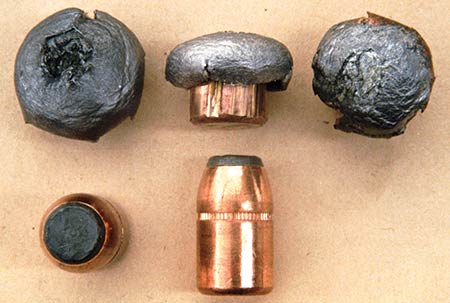 Lead—it’s an ever-present element in the life of a firearms enthusiast. And, yes, over time lead exposure can become more of a concern, and eventually develop into lead poisoning. Lead poisoning consequences include high blood pressure, pain in the joints and muscles, difficulty with neurological and cognitive functions, mood disorders and more. Ingesting it is not a recipe for a good time, that’s for sure.

In the context of firearms, lead comes from many sources, some of them not-so-obvious. For example, all of these generate lead particles and vapors which can be inhaled:

– The primer compound, which is made of about 50 percent lead-containing compounds;

– The effect of the hot propellant gases on the base of the lead bullet;

– Friction of the bullet against the barrel wall; and

– Fragmentation of the bullet against the target and backstop.

Fortunately, lead exposure is rather easy for shooters and shooting facilities to mitigate:

Shooting outdoors is one of the easiest ways to mitigate lead exposure. Natural air circulation and other environmental factors will carry away a great deal of the lead vapors and other hazardous byproducts of shooting. At the same time, outdoor shooting facilities must take extra steps to mitigate lead pollution though. Unlike an indoor range with a proper bullet trap, most outdoor ranges simply have their customers shoot into a large earthen berm, which usually must be excavated and trucked away on a yearly basis. But for the firearm operator, shooting outdoors is a quick and healthy solution to mitigate the worst of lead exposure.

Modern shooting ranges usually make their environmental standards a ‘selling point’ in their advertising copy these days. If they don’t, it doesn’t hurt to ask what their setup is. It’s your health and your life, after all.

Suppressors not only mitigate the noise of shooting, they also have a nifty side benefit of trapping a great deal of the propellant particulates and gases from a shooting session. While it doesn’t capture 100% of the discharge (remember, some vapors and particulates will waft out of the ejection port of your firearm as well . . . ), having a suppressor mounted will help. Suppressor use is truly a health benefit to the recreational and professional shooter

You might be shooting outdoors with a suppressor, but handling all that ammo and dirty firearms components will leave lead residue on your body, especially your hands, face, and arms. After a shooting session of any length, the first thing you should do is wash thoroughly, preferably with a soap designed to remove lead from human skin. Most modern shooting ranges will have this in their bathrooms, usually marked as “Deleading Soap” or something similar. It’s also advisable to change clothes after a shooting session if possible.

The “green” revolution has been with us for a few decades now. Recycling, organic food, locally-raised/grown this-and-that, electric cars, LEED buildings, and yes, ammunition. Most of the big manufacturers have gotten into the green game.

Green ammo used to be very expensive and poorly-performing. Not anymore. Speer has its line of Lawman CleanFire training ammunition. While the projectile is a traditional copper-jacketed lead one, the propellants and primers are composed of less-toxic compounds. Winchester has its Super Clean line, with environmentally-friendly propellants and a tin-based projectile. Smaller firms like Alchemist Ammunition utilize clean propellants and compressed copper projectiles. Alchemist also offers a variety of ammo called Z-Clean, which uses a zinc-based projectile and lead-free primers. These alternative compounds will become even more important as lead resources become scarcer and lead-based ammunition falls afoul of overzealous regulatory schemes.

These other metals are still more costly to use and have different ballistic qualities compared to lead. They also have their own toxicities when ingested, as does lead. But we’ll see more of such alternatives in play as supplies vary and technology improves.

Ultimately, the decisions to “shoot healthy” lie with the individual. No longer is training with firearms limited to dingy, poorly-lit warehouses on the outskirts of town. Shooting range operators are running clean facilities these days, the industry has undertaken massive outreach programs on shooter health and hygiene, and ammo manufacturers have advanced the state of the art with cost-competitive offerings utilizing less-toxic propellants and projectile materials.

You can help ensure that the sport and science of shooting stays with us for generations to come. Shoot clean, keep safe, and stay healthy.

— Dan Vidal is the owner and operator of Regular Guy Guns, covering firearms and the Second Amendment from the perspective of an average citizen. He is training in field-expedient first aid for shootings.

All DRGO articles by Dan Vidal.