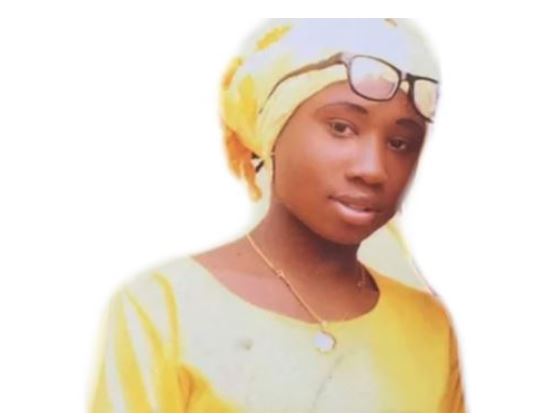 Frontpage Mag  recently published an article titled “Female Christian Victims of Boko Haram”.  It recounts the predicament of Leah Sharibu, a 15 year-old Nigerian taken eight months before.  Her captors have threatened the Nigerian government that they will murder her.

These same captors recently executed Saifura Hussaini Ahmed Khorsa, a 25 year-old Red Cross aid worker.  Leah is held with midwife Hauwa Mohammed Liman and nurse Alice Loksha Ngaddah.  All three are threatened with execution in one month.  This is reported to be the first execution for failure to meet Boko Haram’s ransom demands.

The article ends: “Yet the self-styled champions of women and enemies of ‘Islamophobia’ in the West won’t utter a peep about this ugly fact.”  Why should we care?

Our Declaration of Independence begins: “We hold these truths to be self-evident, that all men are created equal, that they are endowed by their Creator with certain unalienable Rights, that among these are Life, Liberty and the pursuit of Happiness.”  Did our founders really mean only men?  Or did they intend to include women as well?  Their allusion to an endowment by the “Creator” suggests an inclusiveness beyond gender, race, property or nation.  Though it  has taken generations, the Constitution’s first words  now apply to all “We the People” who are fortunate enough to find themselves American.

Sir William Blackstone wrote in 1765 that “having arms for their defense . . . [is] the natural right of resistance and self-preservation, when the sanctions of society and laws are found insufficient to restrain the violence of oppression.”  Leah and her sister hostages wait in vein for the “sanctions” of the Nigerian government.  When seconds count, government is minutes or, in Nigeria, months away.  Soon enough to chalk the outlines of the corpses but not to defend lives.

Why, I wonder, should any woman rely on any man to ride in astride a white horse bearing his gun to rescue her?  Why wouldn’t she insist on her right to keep and bear arms in her own defense?  Why should she wait for the “sanctions of society and laws . . . insufficient to restrain the violence of oppression”?

Feminists champion women’s rights to jobs in the armed forces of government; municipal police as well as combat roles in the National Guard, Army and Marines.  Are such women endowed by their government with the chromosomal capacity to bear arms?  Or, is that capacity intrinsically endowed by Gaia?

Even the Supreme Judicial Court of  Massachusetts—in upholding Jaime Caetano’s conviction for possessing a stun-gun—acknowledged that a homeless, single-mother “. . . could have applied for a license to carry a firearm” to defend herself against the father of her child.  Never mind that no Massachusetts municipality would be likely to issue a license to a homeless woman. *

Well, never mind.  Apparently, true liberal feminists cannot acknowledge any natural—to say nothing of a civil—right of women and girls to the means of an effective self-defense.  This obvious hypocrisy leaves their followers to rely exclusively on government, typically men, to preserve their lives, liberty and happiness.

Evidently if it comes to saving themselves, the fairer sex need not apply.

* [Ed: The United States Supreme Court  subsequently remanded the case to Massachusetts for further consideration, finding the state judiciary’s reasons for upholding it inadequate. Massachusetts then dropped the charges in order to avoid addressing the constitutionality of its ban.]

—‘MarkPA’ is trained in economics, a life-long gun owner, NRA Instructor and Massad Ayoob graduate. He is inspired by our inalienable rights to “life, liberty and the pursuit of happiness” and holds that having the means to defend oneself and one’s community is vital to securing them.