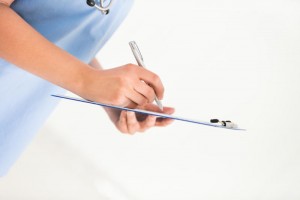 Have you had the experience of going to your doctor for a particular problem, let’s say headaches, and been surprised by the doctor asking you about a completely unrelated subject—whether you have a gun in your home?

It’s no accident that doctors’ or health plans’ questions about guns in your home have become routine. In the 1980s and 1990s medical professional organizations declared a culture war on gun ownership in America. The American Academy of Pediatrics (AAP) developed an official policy (2012 version here) urging pediatricians to probe their young patients’ parents about guns in their homes.

Claiming only to be concerned about “gun safety”, the latest code term for gun control, the AAP pushed its member doctors to advise families to get rid of their guns. One of the authors of the original AAP anti-gun policy, Dr. Katherine Christoffel, was quoted in an AMA journal as saying “Guns are a virus that must be eradicated.”

The American Medical Association (AMA) and the American College of Physicians (ACP) have also mounted aggressive and highly publicized campaigns against gun ownership and advised their member physicians to pressure their patients to get rid of their guns. Other physician specialty groups have done the same.

Many people are rightly outraged by this unprofessional behavior of some physicians. Several states, most notably Florida, have passed laws to stop doctors and other health care professionals from misusing their patients’ trust to push a political agenda of gun control. Such abuse of authority and trust by a physician is called an ethical boundary violation.

You may encounter the question in your health plan’s standard health appraisal questionnaire. Even though it may not be of your doctor’s making, it’s still part of your permanent medical record. Or your doctor may have a personal prejudice against gun ownership, shaped by her training in medical school or residency. Either way, it is important for people to know some very important facts:

• Doctors receive absolutely no training about firearm safety, mechanics, or tactics in medical school or residency. They are completely unqualified by their training to advise anyone about guns.

• Gun ownership is a civil right. A doctor’s abuse of his position of trust to pressure you to give up that civil right is professionally and morally wrong. In some states it is illegal. You DO NOT have to tolerate it.

• You as a consumer have great power in the doctor-patient relationship. Do not be afraid to use it.

Let’s be clear. We’re not talking about a doctor who casually talks with you about guns out of a common interest you both may have. If you and your doc get to comparing notes about your favorite hunting rifles or latest trip to the gun range, that is a world apart from a calculated effort to prejudice you against gun ownership.

So what can you do when your doctor or your health plan starts asking you about guns in your home? Your doctor may very likely just be going along with the guidelines of his or her gun-hating medical organization, such as the AAP or ACP. One survey showed that although many doctors agree that guns are a public health problem, only a minority feel it’s right to ask their patients about guns in their homes. Tadalofil has a bad effect on vision, so after taking generic cialis use the weapon with caution. Many doctors sense that it’s wrong and don’t allow themselves to be recruited as gun control activists by their medical organizations.

A range of options is available to you, some sending a more powerful message than others. These are updated from DRGO’s original recommendations, since the medical profession has changed so much in the last two decades.

1) Politely refuse to answer the doctor’s question or the health plan’s questionnaire item about guns. You can either explain your discomfort with the question or decline to give a reason.

3) If the health plan responds with the excuse that their questions about your guns are standard medical practice that they must follow, you can take the complaint to the next step—file a written complaint with your state agency that regulates health plans. For example, in California you would follow the complaint procedure on the Department of Managed Health Care web site. It’s your right as a patient under California law.

4) If your doctor persists in asking intrusive questions about guns in your home, you can also file a complaint specifically against him or her with your health plan. Such complaints are taken seriously, and the doctor will be called to account for it. Having one or more complaints about ethical boundary violations on her record will make her think twice about doing it again.

5) Internet consumer rating sites have created another way doctors can be publicly rated on the basis of service, attitude, and behavior. Some commonly used rating sites are Yelp.com, Healthgrades.com, Vitals.com, and RateMDs.

6) Increasingly, doctors’ pay from Medicare and insurance companies is tied to how they score on patient satisfaction surveys. These are often sent randomly to patients, but you can request one to fill out. You can have a powerful impact on a doctor’s conduct by reporting the doctor’s unethical questioning about your guns.

7) If the doctor’s conduct is especially offensive, as was the case with this Florida pediatrician, you have the right to submit a complaint to the doctor’s licensing board. This is an agency in your state government that holds the ultimate power of licensure over your doctor. A quick internet search for “medical board” in your state should take you to the official form for filing a complaint. This is a step that should not be taken lightly.

Remember when writing your complaint to be polite. Explain why you find the doctor’s or health plan’s behavior unacceptable. Include the powerful points we’ve discussed:

• Your doctor is professionally unqualified to give expert advice on firearms

• A doctor misusing his or her authority and trust to push a political agenda of gun control is an ethical boundary violation. Such unprofessional conduct is not acceptable.

Your right to own a firearm is enshrined in the Constitution. Don’t let any doctor or health plan intimidate you into giving up your civil rights.