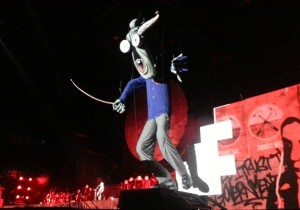 The Teacher (Photo by S.M., from indebtingtimes)

Americans, owing to their freedom-seeking history, are less comfortable than most people with giving government a hand in managing their private lives. Perhaps that’s why the international panel of editors of the BMJ (British Medical Journal)-owned journal Injury Prevention saw no problem with helping some New York City and Boston anti-gun advocacy researchers hype a new meme—attacking the very culture of American gun owners.

It’s not really a new technique. Public health gun prohibitionists have always tried to paint gun owners as kooks, dupes, and rubes. They have always doctored death and accident statistics to fabricate a false impression that gun ownership itself is inherently dangerous.

What’s different about this latest bit of junk science is the brazenness of its international panel of authors and its English publisher. They casually offer up a plan to assault an entire subculture that’s based on the American concept of liberty.

The four authors of “Gun Ownership and Social Gun Culture,” all epidemiologists, hold positions at American universities, but at least two of them are not native Americans. And only 20 of the 54 members of Injury Prevention’s editorial board are Americans, the rest hailing from gun rights-denying countries like the United Kingdom, Uganda, Australia, and China. Why is nationality relevant? Because that means a majority lack an understanding of the peculiarly American tradition of gun ownership. And all of them labor under the added handicap of anti-gun bigotry that is all but a requirement for advancement in their academic field of public health.

The lead author, Bindu Kalesan, comes from India, where media reports of rapes and murders of women have been too frequent. Like this Indian woman, also a health professional, she gives no hint of the benefits that her countrywomen might enjoy by carrying a gun to defend themselves against male predators. And why would we expect her to, given her upbringing in a culture that does not consider gun ownership a civil right? Yet she presumes to be an expert in public health strategies to “change gun ownership in the USA” (Abstract, page 1).

The authors start and finish with the unquestioned assumption that guns are “a major public health concern” (page 5). They make it clear that they offer their research findings to help policy makers find the best way “to reduce gun ownership” (page 3), as they might labor to wipe out malaria.

This is advocacy science, which is science in the service of politics. And of course, it’s not really science at all. Unfortunately, the public health academic community has a long history of misuse of science to manufacture support for gun prohibition, as I have documented here. And these international authors and editors come from a point of reference devoid of the American principle that the right to own guns is not subject to a risk-benefit calculus for the simple reason that it is an inalienable right.

The authors make several references to public health strategies (e.g., “social gun culture must be considered by potential public health intervention in the area” and “to reduce gun ownership” on page 3). They suggest these strategies as if the desirability of that goal were undisputed. In other words, these authors recommend studying American gun culture not to honor and respect it, or even to understand it, but to destroy it. This is nothing but cultural bigotry promoted as medical science. But this sordid motive is not the only problem that discredits these authors.

Once again we see how one-sided the public health literature is in addressing any firearm issue. For example, the article’s 12 references include 3 individuals or organizations (references 2, 8, and 9) active in gun control advocacy. None of the 12 are criminologists at all, much less even one of the half-dozen or so criminologists who are known for their work in the field of firearms and crime. At least a dozen criminology studies over the years have found that Americans use firearms successfully for self-defense over 700,000 times every single year (see page 159 of this reference), usually without a shot being fired. Why didn’t these authors at least recognize that huge social benefit of firearms in America?

This article is anti-gun advocacy science, not real science. Even worse, its authors and the journal publishing it are using false science to wage a culture war on a civil right guaranteed by the Constitution. It should never have been published.