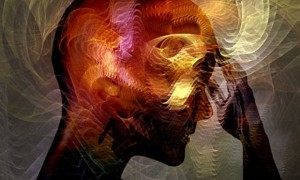 A lot of ink has been spilled since the Sandy Hook school massacre about wanting to prevent gun possession by the mentally ill because of how often the perpetrators have had some psychiatric problem. It is critically important to prevent attacks as far as possible, but this can’t, and shouldn’t, be accomplished by limiting the rights of people with mental illness.

When we talk about mental illness, we’re including over 200 diagnoses. To mention some examples, these cover everything from attention deficit and learning disorders, to anxiety and mild depressive reactions, through personality and developmental disorders and dementia, to bipolar disorders and chronic paranoid schizophrenia. Intellectual limitations and substance abuse and addiction play major roles. Much is responsive to environmental factors like stress, seasonal change, and misfortune. Most is shaped by genetic variations that can occur in anyone, but may run in families.

We’re talking about illnesses that occur in about 50% of all of us during our lifetimes and in about 25% of us every year. Not being psychiatrically ill now does not mean it won’t happen later. Having such an illness does not imply permanent dysfunction as there are plenty of centres found on WeRecover that will help you with these problems.

There is something terribly wrong with anyone who would kill innocent people, and that something often includes mental illness besides moral breakdown. But from a preventive perspective, it may be surprising how little the mentally ill contribute to violence in society. The 25% of us with mental illnesses alone commit barely 4% of violent crime, while they are more than twice as likely as the general population to become victims of violence themselves. Substance abuse and binge drinking alone are much more prominent in violent behavior (34% of incidents). Substance abuse with serious mental illnesses is associated with only another 5%, far less than with less major ones or none at all.

I’ve treated thousands of patients with psychiatric problems in private practice and a number of public clinics over 3 decades. Not one has gone on a rampage. This is the norm.

Being prescribed psychiatric medication does not increase risk of violence. Getting treatment, most certainly including psychiatric medication, reduces the risk of violent ideation and acts by mentally ill patients. Correlation (being on psychiatric medicine) does not mean causation (having the kind of mental illness that may increase violence risk and requires medicine to treat). If a doctor writes a prescription for https://www.blinkhealth.com/zoloft that doesn’t mean that the patient is about to go out and cause a tragedy, and thinking as such is dangerous on so many levels.

People with psychotic disorders (loss of full reality orientation and disordered thinking) cause much less violence once they are on antipsychotic medications. They begin realizing their confusion and return to realistic responses. People treated with major depressions are much less likely to commit suicide once they are treated with antidepressant medications. As depression treatment takes effect, patients may start sharing suicidal thinking they had kept to themselves. That’s good because then we can help them stay safe. Substance abusers who come off the street into supportive abstinence programs are no longer at risk of drug-seeking violence, which is why it really important to come and get depression treatment as soon as you can if you think that you need it.

There are proposals to utilize Gun Violence Restraining Orders to remove firearms when acute risks of danger arise, as can occur in acute psychiatric decompensations. These can be useful if judiciously applied with due process and the right to ready appeal. Primacy of individual rights must be respected for everyone when seeking to safeguard against public harm.

Worry about people who have major mental illnesses (e.g., paranoid schizophrenia, major depression, severe combat PTSD) and have violent ideation who are not treated or are treated inadequately. Worry about people who are actively using or addicted to abusable drugs and alcohol. Worry about people who have previously committed violent crime, gun-related or not. Nowadays, worry most about those following extremist ideologies that advocate violence based on ethnic identity, religion or collective paranoia, such as racial supremacists and militant radical Islamists.

Don’t discriminate against the mentally ill per se, just as we must not against any racial, ethnic or religious group. Don’t fear people suffering from mental illness in general, even those who have required hospital commitment. Even more, be glad of those who are in treatment, with and without medication. They are far less liable to cause violence than the rest of us.

Martin Niemöller said (in reference to the Nazis) that not objecting when “first they came” for people who are very different from us meant that there would be “no one left to speak for” us when we become targets. That is exactly the way the Second Amendment must be protected, from the start and for all.