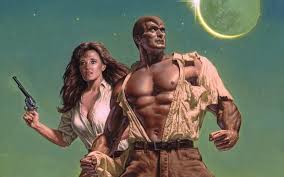 Last summer I went to shoot at a local steel match. I know many of the guys at these club matches, and by pure serendipity, I ended up on what I called the Doc Squad. Five of us on that squad were medical. I found this amusing, considering Organized Medicine’s overt hatred for firearms.

Besides myself, representing Pediatrics, the other specialties represented were Orthopedics (retired), Urology (retired), Obstetrics/Gyn (retired), and Oral Surgery (retired). We were shooting everything from Ruger 10-22’s, to 1911’s to centerfire pocket pistols. Our firearms were as diverse as our specialties, yet we all had a deeply ingrained love of the shooting sports.

Given that kind of representation, you’d think that we would have a louder voice against the propaganda of Organized Medicine.

I think that part of the problem is that though these guys are retired and have the time, they aren’t all that computer and internet savvy. I also think that they come from a different gun generation, where the thought was that the more you talk about guns publicly, the more you make your home a target for thieves looking for guns. That makes bringing up the topic of advocacy to them rather a tough sell – I’ve tried.

I’m also a bit of a hypocrite, given that I do my own advocacy from behind a pen name. The difference to me, is that I am still in active practice, and these guys are retired.

These aren’t the only physicians of my acquaintance who shoot competitively or hunt, either. Besides the members of DRGO, I can think of six others, just off the top of my head.

So, obviously we’re OUT here. We exist. We’re upholding and exercising a right that Organized Medicine abhors. Yet, every time I turn around there is another email from my state medical society encouraging me to contact my law-makers about some “dangerous” piece of pro-gun legislation. There is a huge disconnect here. The problem lies in what to do about it.

How do we get this potential gold mine of retired firearms-loving docs on board the advocacy train?

I don’t have the answer to that. But I hope somebody does!