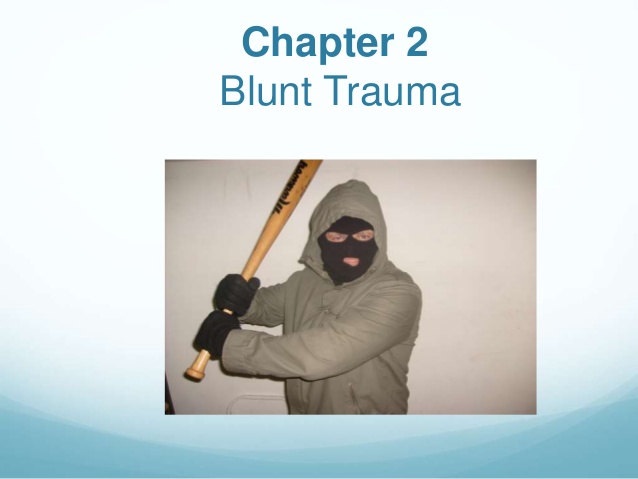 [Ed: “The world is a beautiful place, but . . .” The remainder of the December 2015 interview of DRGO’s Dr.Margulies regarding blunt force brain trauma from Armed Citizens Legal Defense Network’s eJournal. Part 1 is here.]

eJournal: What losses should we expect from injury to different parts of the brain?

Dr. Margulies: The lower portion of the back of the brain is where we see. The information is transmitted through what appears to be a fairly long channel from the eyes to the occipital lobe at the back of the brain where we have our visual cortex, the part that interprets the electrical and chemical impulses that are generated. It is not the eye that sees, it is the impulses from the eye that are interpreted in the visual cortex, so striking the back of the head can render someone temporarily unable to see clearly. That is a disabling injury.

As I mentioned earlier, other areas that are more easily damaged are the temporal areas just above and slightly forward of the ears. An injury there can produce an electrical storm in the sense that bony fragments penetrate the brain. Though there is no pain involved–the brain itself does not have sensory nerves–the impact and the fragmentation produce an electrical shock wave through the brain. That’s in addition to the bleeding if the temporal artery is torn. Again, that renders the individual disabled in terms of mounting a reasonable defense.

eJournal: Would a victim injured in that way by an attacker who didn’t stick around, be unable to seek medical assistance or provide self-care to mitigate the damage?

Dr. Margulies: The point that has been all too long ignored in the justice and legal system is the unprovoked attack puts one in a very dangerous situation. In a dark alleyway, or a subway station after the train has pulled out and very few people are there, that initial impact can produce injuries that without immediate care can be fatal.

eJournal: If victims realize they’ve suffered a head injury, what should they do?

Dr. Margulies: If the individual is awake, breathing and talking, there needs to be an evaluation. It is not the same urgency as a cardiac arrest, which is often tackled with a defibrillator which if you use get AED batteries that match your model so you can tackle that urgent issue or someone who is not breathing, but I go back to the concussion: we have raised a generation of athletes who have long term permanent disabilities as a result of repeated concussions. In the State of Washington, several neurosurgeons and others involved in this kind of thing were responsible for the passage of the Lystedt law. Zackery Lystedt was a young football player who was badly concussed, went back into the game and received a second injury, and now has permanent disability. Anybody who receives a head injury that, in the vernacular, “rings the bell” or “sees stars,” should be evaluated.

eJournal: Is there a “golden hour?” What’s the timeline?

Dr. Margulies: The brain itself does not have any ability to store oxygen or glucose, the energy fuel. The muscles, the liver and some other organs have the ability to store glucose at least as glycogen, and they can then maintain themselves even in the absence of blood flow for a certain amount of time. A little bit of a digression: we know that we can put a tourniquet on in the operating room for surgery and we have five to six hours before there’s permanent damage in skeletal muscle. That is not true in the brain! In the brain, 20 seconds without oxygen is about all we can get.

If there is bleeding into the brain, the bleeding–aside from the injury that resulted in the bleeding–produces pressure. That increased pressure causes a loss of circulation in the surrounding tissues and widens the injury. If a victim can be brought to a place where the diagnosis and then the surgery can be performed promptly by removing that blood or stopping the bleeding and reducing the internal pressure, the brain function can be preserved. So, yes, if there is an injury where there is bleeding, time is of the essence.

eJournal: And there are diagnostic tools to show the bleeding?

Dr. Margulies: Oh, yes! The CAT scan is remarkably sensitive for that, so we can see bleeding promptly, but you have to be someplace where a CAT scan is available, and then you have to have the surgeon and anesthesia and team to proceed to do what needs to be done. Receiving such an injury, and being left to lay in that subway station or a dark alley for an hour or two hours, may produce irreparable damage or death.

eJournal: That explains many of the anecdotal reports we study in an attempt to define the seriousness of a physical attack.

Dr. Margulies: The body is really quite fragile. Someone who has any training in the martial arts can break bones or dislocate joints rapidly. There are lots of places where the injury renders you unable to defend yourself. There are lots of places on the body where a blow produces that level of disability. If one is, in the vernacular, kicked in the nuts, that in and of itself produces a fair amount of pain and results in what most people would refer to as going into a defenseless posture. If the blow is delivered properly, and the testicle itself is actually shattered, not just bumped, the body’s response is a collapse to the knees and vomiting.

A blow to the mid back that strikes the kidney produces the same kind of response, perhaps not the vomiting, but a collapse to the knees and a defenseless position. The bare hand or the foot or a knee or an elbow, can produce that disability that leads to an inability to defend yourself. And it only takes one blow!

eJournal: Are these results physiological, or is the victim too weak to work through the pain or failing to “man up?”

Dr. Margulies: These are physiological responses. They are not a result of intellectual, emotional, psychological or physiological weakness. These are blows that produce an inability to defend oneself. You’re on your knees, you are trying to grasp the area that’s been hit, and your head and face and neck are defenseless.

eJournal: You mentioned blows to the chest in some of our initial discussions. You cited one case in which a young female athlete was struck in the chest. What happened?

Dr. Margulies: She had an enzyme and electro-cardiogram proven heart attack. We call that a cardiac contusion. Actually, it is more common in the elderly because we do not have the flexibility in our chest walls. The cartilage becomes calcified, the ribs become more rigid, things break more easily, and the sternum itself loses some of its flexibility at its joints. The sternum is not a single bone: it has three separate sections. A properly delivered blow to the sternum can shatter it and lacerate the heart.

eJournal: That echoes concerns over disparity of force for the elderly.

Dr. Margulies: As we get older, we lose our flexibility. Our joints aren’t as limber. There are very few 70 year olds who can do what a 30 year old can do. We lose muscle mass as we age; we have decreased responsiveness in our hearts and our lungs. Even our adrenaline reaction goes down as we grow older. There is a significant disparity of force between your 60 year old and your 30 year old, even if the 60 year old does not have a heart condition or lung condition or preexisting medical problems: a healthy 60 year old is at a disadvantage physiologically against a healthy 30 year old.

eJournal: After a long career in emergency medicine, do you view the threat of empty handed assault differently than most citizens? How does that factor in to your decision making as an armed citizen?

Dr. Margulies: I think I do look at it differently than the average person. I am a little stranger than the average bear. I never go through a door without looking up and in all directions, including up. I don’t think about it anymore, but I know I do it.

I pay very, very close attention to people’s faces and hands. I think that people need to learn to read that clenching fist, that lifting eyebrow, that cold stare. I learned that lesson very, very young. I was a senior medical student doing a psych rotation at a VA hospital and I approached a drunk carelessly and he managed to clip me. Fortunately, there was an aide in the room who saw it coming, blocked some of it and was able to take care of the problem very effectively. I can honestly say I have been studying this since 1968.

I think people really do need to pay attention to what is going on, on the other side of the street as you are walking. I think you need to pay attention to the rear view mirror when you are driving. What is going on back there? Is traffic parting and cars speeding? I want to get out of there. Is it a couple of drunks racing or are the police chasing an armed perp? I do not want to be sitting in the middle lane at the speed limit when there’s high-speed stuff going on around me. I want out of there. You have got to watch your rear view mirror: look at it, pay attention!

My explanation? If I ever have to, I can and I will describe what I saw, what it was that triggered my response, and I have the benefit of being able to explain that I know how dangerous a fist or a foot is. It doesn’t even have to be a fist. There are open hand blows that are very dangerous. There is a whole vocabulary of strikes from fingertips to open hand to edged hand to forearm, to elbow, to shoulder, to knees to feet…and I know how dangerous they all are. My hope is that other people are motivated on the basis of what you’re going to write to do some study about this, so they are prepared to say they understood what this was. If you can’t explain it, you are going to get hung.

eJournal: You have given us an excellent foundation from which to pursue further study, and I promise we will do exactly that. Thank you so much for sharing your expertise and knowledge with us.