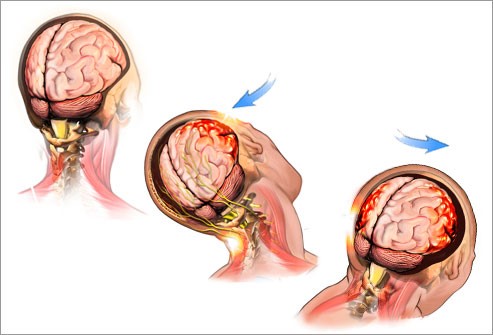 [Ed: We have featured Dr. Margulies’ work before, notably The Unarmed Assailant–A Deadly Threat, as DRGO addresses true public health issues in violence. His expertise on blunt force trauma recognizes a grossly overlooked threat that should easily justify armed self-defense.  In December 2015, he was interviewed by Gila Hayes for Armed Citizens Legal Defense Network’s eJournal, which we appreciate permission to reprint. Part 2 follows.]

The long-time standard for self-defense allows use of force proportional to that used by the attacker. A common misunderstanding arising from this general guideline is the very real danger of crippling or even lethal outcomes from blunt force injury inflicted during a purely physical attack. Can the armed citizen justify defensive display of a firearm or shooting to stop a physical beating?

It is not hard to find reports of deaths from blunt force trauma. In 2011, a 25-year old man took a $5 bet to be punched in the face by a woman. The autopsy showed that an artery burst in his neck and that he died from brain hemorrhage caused by blunt force trauma. At 5’5”, 142 pounds, the woman was reportedly not a bodybuilder nor was she trained in martial arts nor did she possess any extraordinary fighting skills.

Another well-publicized case from 2011 tells of a tourist in Las Vegas who was punched, fell to a tile floor and hit the back of his head. At trial, a Clark County, NV forensic pathologist identified the cause of death as blunt-force trauma from hitting his head on the floor.

In 2013, a large, 17-year old player punched a soccer referee in Utah in the face. A week later the ref was dead, having gone into a coma with swelling in his brain.

North of Seattle, WA in 2014, two teens agreed to resolve a fight by allowing one to punch the other in the face; he died from blunt force trauma to his head, after being hit in the face with a closed fist.

These are only a fraction of the many anecdotal reports of death from an empty hand attack. Still, society and the criminal justice system are eager to prosecute those who use guns to defend against ostensibly unarmed assailants. To offer just two examples, in Wyoming, a murder conviction was overturned in late 2013.The Wyoming Supreme Court found that a Freemont County prosecutor’s closing statements to the jury were inaccurate, asserting in part, “In the state of Wyoming, there is a law against shooting an unarmed man.” (http://www.courts.state.wy.us/Documents/Opinions/2013WY118.pdf) Oregon courts also have sometimes failed to acknowledge fists as dangerous weapons. (http://law.justia.com/cases/oregon/court-of-appeals/1975/540-p-2d-394-2.html).

All across the country, armed citizens face punishment for justifiable use of countervailing deadly force, and they are jailed, often prosecuted, and face a very difficult, uphill fight to prove the necessity of their use of force against an assailant’s fists, feet, knees and elbows. A big part of defending use of force is being able to document knowledge of the danger prior to facing the threat.

With that in mind, we called on long-time emergency medicine physician and Network member Robert A. Margulies, MD, MPH, FACEP to explain blunt force trauma injuries in this first segment of a two-part study of defending against physical attack. In addition to a long career in emergency medicine, Dr. Margulies is a skilled lecturer whom I was privileged to question at length on this topic recently. We switch now to an interview format to share his words with readers.

eJournal: Cases in which people died after a single punch bring us to a surprising conclusion about the human body’s fragility! To get us started, could you identify areas of greatest vulnerability to blunt force trauma of the sort an empty-handed aggressor could inflict with such immediacy as to result in death or such disability that we would be unable to seek out and benefit from medical intervention?

Dr. Margulies: The real answer is, “It is anywhere.” The fact that a blow to the nose can produce tearing, as it almost always does, means that you can’t see what is coming and that puts you at a tremendous disadvantage for the rest of the attack. Once you are tearing, you don’t know whether the aggressor is reaching for a weapon of any kind, so a blow to the nose, certainly a blow to the eyes, would render one at a great disadvantage.

There are places that are more likely to produce devastation from the initial blow, and those would include again, that blow to the nose. If it is properly delivered, an aggressor can break the nose bone and drive it up into the brain.

A blow to the temple area where the skull is relatively thin can actually cause a fracture in that area and tear the underlying artery. This can produce permanent disability, and can cause death.

Head and face trauma has an interesting aspect to it. It is not just that somebody has been hit in the face, but bleeding and swelling of tissues can also lead to airway blockages. Bleeding in the mouth can lead to swallowed blood, which is very irritating and can cause vomiting which puts somebody at a disadvantage, but also leads to the risk of aspiration. That is, the vomit is trying to come up and out, and you’re trying to breath in, and you suck some of this stuff down into your lungs. All of these things can become fatal, even though this was just a broken jaw and a little bleeding.

A blow to the ribs can cause injury to the liver or the spleen, both of which, in the vernacular, bleed like stink. Surgery is extremely difficult because the liver and the spleen are not like muscle where you can isolate a blood vessel and get control, they’re spongy and trying to suture is like trying to sew gelatin—it is difficult! It requires a highly trained team to be able to salvage somebody who has a shattered liver or spleen. Spleens can be removed and the patient can survive. Humans do not do well without a liver.

eJournal: Do we no longer have the luxury of using the word, “just” when discussing physical attack? We want to deny our vulnerabilities, so we use words like “only” when the domino effect you just described can kill. The direct damage, plus the potential for additional effects, is profound.

Dr. Margulies: Most people are mis-educated by what we see in the movies and on television. Just as a bullet from a handgun does not pick people up and throw them against the wall, in the real world, one does not sustain a blow to the head, the kick to the chest, and then stand up and produce his magic fight-ender. That’s fantasy! That’s not the real world. It doesn’t happen that way. You get hit in the head, you go to the ground, and you are badly hurt.

eJournal: Returning to something you said earlier, are these injuries that do not require training or any particular expertise to inflict?

Dr. Margulies: Unequivocally not. I consider hands and feet, knees, elbows and shoulders, to be deadly weapons. Once that first blow is delivered and once you go to the ground, the kick to the head, the knees in the chest, may produce permanent injuries and fatalities. I’m going to give you a reference to an article in the Journal of Head and Face Medicine, published in October 2005 (see http://www.head-face-med.com/content/1/1/7 – B10). One of the comments in it is that as of 2005, we in developed countries have a level of facial injuries caused by interpersonal violence exceeding those from motor vehicle crashes. This is not a new concept or a new problem.

eJournal: Some of the deaths I’ve read about appear to be caused by what you might call the secondary injury resulting from a blunt force attack, the head injury suffered when the victim falls down. What is the physical cause?

A blow produces an acceleration force and so if you’re struck–let’s just pick a spot–in the forehead, the skull begins to move backwards while the brain lags. It sits there and first, the forehead bone actually strikes the brain, then, in many cases, there is the secondary acceleration and the brain moves away and now strikes the back of the skull and there’s additional injury at the other end. The technical term is contra-coup. It is the secondary injury due to the brain’s movement within the skull.

If that initial blow to the forehead drives the head back into a wall or the head restraint of the car seat, the skull stops and the brain continues now to bang into the back of the skull, we have two points of injury.

If you fall and you have the gravity effect in addition to the impact effect, and the head now hits a hard surface–and by the way, that could be a grassy field–that secondary impact brings the skull to a sudden stop. There’s been the additional time and energy developed by the movement of the skull and brain between the initial impact and now when it hits the ground, the concrete, the post or the fence, that exacerbates the secondary injury.

The injury may not be something that we see with the naked eye. We know that a concussion, for example, which renders a football player, a boxer or any martial artist dizzy, light headed, having difficulty focusing–both with the eyes and the brain–frequently does not produce an injury that is seen on a CAT scan. The injury is within the blood supply and neurons themselves and they lose the ability to transfer information. That is what the nerve cells do: they move information from one place to another. So the concussion without a visible, anatomic injury is a disabling injury.