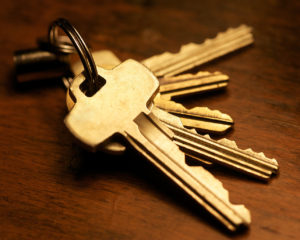 We feared it was going to happen. And guess what? It did.

Today, July 14, 2026, on the tenth anniversary of the Nice, France, truck rampage, the President made a stunning announcement.  Henceforth, the private ownership of vehicles would be forbidden across the nation.  In the future, only the police, the army and government officials will have the privilege of driving.

The government, explained the President, had exhausted all other options. Our nation, it seems, will follow the same route it took years ago when it tried to ban the private ownership of firearms.

The attentive observer might recall the steps that led up to this drastic curtailment of freedom.  First, trucks were made smaller so that their impact would do less damage. However, this forced more deliveries to be made causing greater traffic congestion.  The vehicles were then limited to two gallons of gas at a time to diminish their range.  This measure was defeated by gas hoarders.

Finally, recall the edict that all cars and trucks were to be robot-controlled.  The robots, of course, were factory programmed not to hit anything.  Oh boy, did the hackers have fun with that!  Can we ever forget the time that, to the horror of their passengers, robo-cars were maliciously re-programmed to hit any sign along the road that said “Drive Safely”.  And then there was the robo-bus that hit a dozen people while its mechanical voice dedicated itself to the ISIS motor pool.

Of course, there were always critics of these policies.  One of the most vocal was the Cars Yes, Terrorists No movement. The government promptly labeled them a hate group, as banning anyone from driving because they were radicalized immigrants was deemed uninclusive.  Alas, when a disgruntled lone wolf turned a gasoline delivery truck into a giant Molotov cocktail, the final decision was made.  The government did away with motor vehicles altogether.

In this endeavor they were greatly aided by the medical group Doctors Against Driving (DAD). DAD conducted a scientific survey asking patients whether they’d rather be kicked by a horse or get run over by a Mack truck.  The majority of respondents preferred being kicked by a horse as long as it wasn’t in the head.

Opposing them was the organization Physicians for Responsible Ownership, or PRO. PRO reminded the public of the disastrous attempt at gun confiscation that had failed a decade earlier. We all remember that when 3D printers started producing firearms, the government finally gave up.  To the bureaucrats’ surprise, the next terrorist that opened fire in a café was gunned down by the patrons who didn’t wait for the police to show up.

That’s all for now. I need time to walk to work.