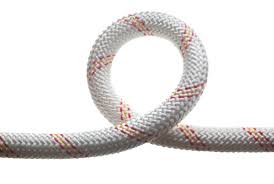 In 1998, a group of physicians published a small case study involving just 12 patients in the respected medical journal Lancet, claiming that their results indicated a link between the mumps-measles-rubella (MMR) vaccine and autism.  The story received wide publicity in the media and spawned a tidal wave of public concern, as well as multiple large follow-up studies—none of which supported their conclusion.

In the years since publication, Lancet and all of the authors have retracted the 1998 study in its entirety.  It has been convincingly demonstrated that the results were not simply incorrect, but were fabricated, a deliberate fraud perpetrated for financial gain—the lead author had received funding from lawyers representing parents suing vaccine manufacturers.  The retractions, however, received very little media attention.

Despite the authors and their report being thoroughly discredited, with subsequent reams of peer reviewed data thoroughly refuting any link, the myth of “vaccine induced autism” persists.  Of course there are complications associated with vaccines, but fortunately these are rare, and do not include autism.  But heartbroken and desperate parents are all too easily misled by charlatans and snake oil salesmen.

The persistence and vigor of the myth of “vaccine induced autism” is similar to the myths of the “gun show loophole” and the “internet gun sale loophole”.  These nonexistent  “loopholes” are fabrications pushed by manipulative opponents of the Second Amendment to garner votes and attract donations, and they persist in the public mind no matter how many times they are refuted by the facts.

50-60% of the population do not own guns, and are generally unfamiliar with federal laws regarding firearm sales.  They tend to get their information from hoplophobic politicians and the media, who at best are uninformed and have short attention spans, as the coverage of the Lancet article and its aftermath demonstrated.  Misinformed and frightened voters are easily manipulated, and catch-phrases like those mythical “loopholes” are well suited to accomplish that.

The Brady Bill signed by President Clinton on November 30, 1993 mandated the development of the National Instant Criminal Background Check System (NICS), which came on line in 1998.  As early as December 1993, Second Amendment opponents were complaining about “loopholes” in the legislation.  They complained about its exemption for in-person sales between private individuals from NICS, and suggested that such private sales by unlicensed sellers at gun shows were a significant source of guns used in the commission of crimes.   This has never been true.  A study conducted by the National Institute of Justice in 1997 indicated that about 2% of guns used in crimes were purchased at gun shows.  Subsequent studies have found similar results.  But the allegation was sufficient to spawn the myth of the “gun show loophole”.

Since the rise of internet commerce (which was in its fledgling stages in 1998), gun sales on the internet have become increasingly popular.  This has led to rallying cries against the non-existent “internet loophole”, which has become joined at the hip with its mythical forbear.  It is now rare to hear Second Amendment opponents rail against one without assailing the other in the same breath.

Since 1998 ALL firearm sales in the United States by FFLs to individuals require a background check, whether through NICS or a state system.  In-person sales by private individuals are exempted—by law, private sellers do not have access to NICS.

Neither private sellers nor FFLs can transfer handguns to residents of other states.  If you wish to buy a handgun legally across state lines, even if the sale is arranged over the internet, the weapon must be transferred through an FFL in the purchaser’s state of residence.  The FFL must conduct a background check prior to transferring the weapon to the buyer.  Shotguns and rifles, which can be sold across state lines, may only legally be transferred in-person. If the sale requires shipping, even within the same state, the transfer must take place through an FFL, who must again conduct a background check.  There is no “loophole”.

As a result of the National Firearms Act of 1934, further restrictions apply to sales of automatic weapons, silencers, and short-barreled rifles and shotguns.  These must all be transferred through FFLs AND approved by the ATF, a process that requires photographs, fingerprinting, and typically takes 4-6 months and costs an additional $200 for a federal tax stamp.

But just like the myth of “vaccine induced autism”, many Americans continue to believe lies by Second Amendment opponents, including President Obama, about the “gun show loophole” and the “internet loophole”.

Democratic Presidential nominee Hillary Clinton has gone further still, and has joined the chorus decrying the mythical “Charleston Loophole”, claiming that the Brady Bill’s three day NICS timeout period enabled that murderer to purchase his weapon.  (If a NICS check, which typically is completed within a few minutes, has not been approved or disapproved after three days, by law the FFL has the option of completing the transfer.)  But that is yet another of her many lies.  He passed his background check because of a clerical error, not because of a “loophole” in the law.  Clinton wants to use this as an excuse to add bureaucratic negligence and inefficiency to the list of tools that can be used to deny Americans their natural right to armed self-defense, which is guaranteed by the Second Amendment.

I would almost give Jim Carrey a pass for promoting the myth of “vaccine induced autism”.  He’s not medically sophisticated, he’s crazy, and that advocacy kept him in good graces (for a time) with Jenny McCarthy.  But unless you’re naïve enough to buy into the myth of the “vaccine loophole”, you should be savvy enough to recognize the outright lies that Second Amendment opponents tell when they talk about these gun sales “loopholes.”

There’s a lot to criticize about the current background check system.  As recent horrible crimes have demonstrated, it fails to prevent those bent on mass murder from legally obtaining firearms.  It has zero impact on peoples’ ability to acquire weapons illegally through the black market.  The federal government makes basically no effort to prosecute those who attempt to beat the system.  And while at least 94% of initial denials are false positives, as of January the FBI has stopped processing appeals of those denials, meaning that after an initial denial your background check may never go through.

Politicians and the ultra-rich are only too happy to try to convince the rest of us, who have to provide for our own safety and security, to demand that we be stripped of the right to keep and bear arms.  Just because Kim Kardashian recently came to recognize the necessity of armed self defense, don’t imagine that she and her liberal cronies will stop campaigning to take that right away from you.