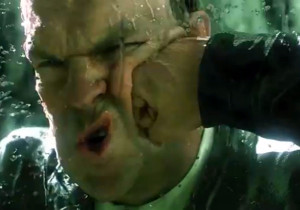 A unifying principle of American law governing the defensive use of deadly force is that a victim may use such force when an attacker threatens violence capable of causing death or grave bodily harm.  There is little doubt that it is justified when the robber draws and points a handgun at the victim.

But what if an unarmed assailant advances with fists clenched, clearly getting ready to beat his victim?  Should the victim take a few punches and hope he remains conscious long enough to draw and shoot, thus stopping his attacker? At what point short of being beaten to a bloody, crippled pulp can the victim still convince a jury that he feared he was about to die or be forever damaged?

The law offers no clear answers.

To begin the discussion of defending against an ostensibly unarmed attacker, we must first understand the need to recognize an attack. Both police and civilians face this dilemma, but police are given more training in reading body language and responding than are most civilians. Few people can beat a drawn gun or a thrown punch. We must learn always to understand where we are, what we are doing, and what is going on around us.

An armed citizen is obliged to be polite and unaggressive. We live in a world of unseen witnesses and almost omnipresent video recorders.  We can be assured that if we are forced to deploy deadly force in a few terrifying seconds, our every action will be dissected at leisure for months in the calm of a prosecutor’s office or a jury room.  Evasion and escape whenever possible are far preferable to using force of any intensity.

There is, however, a time when attack is indicated, and that is when one perceives a life-endangering situation. The only person who can determine that is the victim.

Aside from the obvious firearm, edged or pointed weapon, blunt object, or motor vehicle, what can be considered a deadly weapon? I propose that hands, feet, knees, elbows, and even an assailant’s head are potentially deadly weapons.

After a punch in the head, a victim may be able to step back, recover and maintain balance. But if that punch is delivered to the eyes or nose, producing reflex tearing, the victim’s vision is impaired, leaving him instantly vulnerable to further attack. If the blow causes bleeding and gagging, protective responses might be altered.

A surprise punch to the kidneys would produce an immediate reaction of grasping the flank. Most people would sink to their knees, possibly vomiting in reaction. A victim so distressed is now defenseless.

A knee to the groin may rupture a testicle. Though in this case the victim’s hands will protectively grasp a different part of the anatomy, the disability caused is just as devastating. Clearly, even without a weapon an attacker, even one not trained in martial arts, can produce disabling injuries with hands, knees, elbows and feet.

A blow to the head causes even more catastrophic incapacity. Temporary traumatic brain dysfunction, known as a concussion, can cause symptoms ranging from double vision or reduced visual field to disorientation to loss of consciousness. Any one of these states renders the victim completely vulnerable to further injury or death.

Such disabling injury can be associated with normal computerized tomography (CT) findings or grossly normal autopsy findings in the brain. The injury impairs the ability of nerves to conduct impulses and allow normal protective responses. The human brain is a soft, rather delicate structure residing in a hard bony vault, the cranium. Cerebrospinal fluid (CSF), which bathes the brain, is all that cushions and separates it from the bone.

An assailant’s blow to the head causes the bony vault to move, while by inertia the brain initially remains in place and the interior of the bone at the point of impact strikes the brain, the so-called coup injury. When the bone stops moving, the brain continues to move and is stopped by banging into the bony vault at the opposite side. This is a contrecoup injury. Thus when the head is struck with enough force to move the head, there are two points of injury.

The injury is only made worse if the victim’s head subsequently strikes a wall, or if he falls, striking the head once again, this time on the ground or pavement. The sudden deceleration, after a period of gravity acceleration, causes yet another blow to the brain, likely at a different point of impact on the brain.

With or without a skull fracture bleeding may occur.  This is yet another mechanism of brain injury that can cause rapidly increasing pressure on the brain, impaired circulation to the brain, and often permanent disability or death even with prompt emergency brain surgery.

Another concern is that as we age our reflexes slow, and our ability to respond to an injury such as a dislocated joint or a broken bone is clearly reduced. Most older people have a relatively reduced muscle mass and therefore reduced strength compared to younger people. Many older people also have illnesses which may affect their heart, lungs, muscles or joints. Even without illnesses, it is extremely unusual for a 60 year-old healthy individual to be as strong and flexible as a similarly healthy 30 year-old individual.

It is important to remember that young people have also suffered devastating and occasionally fatal injuries from a single punch, or from a blow that results in a fall and the head striking the ground. Recall the so-called “knockout game.”

The serious student of self-defense will read, study, and seek training and practice in the skills of situational awareness and reading body language. Any citizen who must use a firearm in self-defense will be required to articulate the specific circumstances that put him in fear for his life.

Knowing in advance of the risk of severe permanent disability or even death from a vicious attack by an unarmed but deadly assailant is vital. It will increase the chance of survival of not only the criminal attack, but of the attack in the courtroom if the victim must face criminal charges for using force to save his own life.