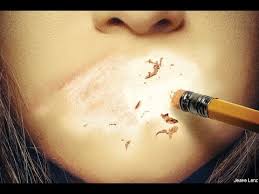 The news was abuzz this week with a story about a student who was suspended from school for hitting “like” on the photo of an air soft pistol on social media.

The student was later “un-suspended”, but only after much drama, wherein he was called to the school office and patted-down for weapons. The school claimed that the student “liking” a photo amounted to “potential school violence”.

To use a profane acronym . . . Whiskey Tango Foxtrot?!

This is Big Brother in action. Who reported this kid’s mouse click? Does the school have some kind of watch list? A Web-nanny patrol? Additionally, the photo was “only” an air soft pistol, not a “real” firearm. This borders on Orwellian Thought Police stuff. The student didn’t even so much as post the photo on his own account—he merely clicked “like” on someone else’s feed. Yet it was enough to get him reported to the educational Stasi.

We in the firearms community struggle daily to maintain and exercise our rights under the Constitution. We also strive to interest and educate the next generation about their rights and heritage. Meanwhile, schools (and pediatricians) do everything in their power to sabotage our efforts to preserve our culture, by stigmatizing children and families who exercise these cherished rights. This boy was treated like a criminal by his own school—for clicking on a photograph that didn’t jibe with the school’s politics. Talk about Thoughtcrime . . .

A few months ago there was a story about a girl in Ohio who was shamed by her teacher for wearing a shirt bearing of photo of herself with her first harvested deer.

Then just last week there was college-level insanity over a glue gun.

These are just two new examples to add to the pile of PopTart, T-shirt, and bubble gun hysteria.

School teachers and their administrators are shaming and scorning our young people for carrying on cherished American traditions. These are our “cultural values”. Can you imagine the rage which would ensue if a school embarrassed and shamed an immigrant student for practicing one of his or her cultural traditions?

Despite grim news like this, there are glimmers of hope. The upper Midwest has become a hotbed of school-based trap-shooting teams. One team recently won a fight to have their shotguns actually appear in the team yearbook photo. The trap team’s sports equipment had previously been banned because—”scary firearms”.

Another ray of hope for our young people shone recently when the state of Iowa passed a law allowing youth to handle handguns, when they had previously been banned from doing so. The fight for this change was led by two female junior competition shooters, and after a four-year fight, they won!

We need to fight the creeping Thinkpol tactics of educators in this country. One of the ways we can do this is to keep encouraging and supporting youth shooting sports. This pediatrician, for one, recently found a youth sized shotgun at a pawn shop, and will be bringing it to every match from now on. That way there will always be a gun small enough for any young person who shows up and wants to try. It was the most concrete way I could think of to make a difference in my own backyard. One little guy has already taken advantage of the opportunity.

What are ways that YOU can support our youth learning about and enjoying our shooting heritage? If you don’t have the time, or children or grandchildren of your own, there are many youth shooting groups which would gladly accept donations. This link can give you a place to start.

If we don’t teach and support our youth now, the educational Stasi will win. Then, who will there be to take our place?