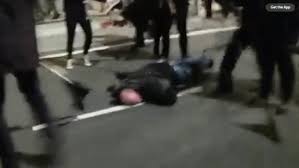 It’s incredible that with every shooting, the Left, from politicians to sycophantic “news reporters,” start clamoring for “gun control”. The dead victims are not yet in their graves and those who survived have not even exited the operating rooms. But, let not a crisis go to waste, right?

“Progressive” senators, congressmen and liberal pundits are on radio, television and other media screaming for justice, telling everyone how guns are killing our citizens, and how we must remove guns from the streets, ban certain firearms, ban ammunition, and make more laws.

Really, folks, let’s take a breath, and look at this rationally. There has never been an instance where a gun has awoken one morning, loaded itself, carried itself someplace, and shot anyone. It is not the gun! It is the person controlling the gun.  It is the person with evil intent who has typically obtained a gun illegally and desires to commit some type of violence—to rob someone, for vengeance, or in a fit of rage, or in some cases just to do it.

It is not the responsible law abiding American citizen who has purposely bought a gun to protect himself or herself and his or her family from these evil people mentioned above.

Yet, hand wringing politicians, television anchors and pundits continuously spew anger against the “gun” almost the minute shootings occurs. However, it becomes especially evident when their narrative of racial division is brought into play. It was unbelievable how “fast and furious”  (to mention a government gun control program gone wrong) the Left appear on local and national new shows repeating how we just can’t take this anymore, yet are silent as the murder rate in Chicago, Baltimore and St. Louis increases daily and almost triples on weekends.

Where are these tearful people while the major cities of America report increasing murder statistics every week? You see, folks, those deaths do not fit their narrative, the propaganda they want to impart to the public to get you riled up about gun violence so you will join them for bans on firearms. They want you think the National Rifle Association is despicable, that citizens with concealed carry permits are dyed-in-the-wool murderers, and anyone with a gun is bad.

There are well over 300 million guns owned in the United States and more every day. If these guns were so bad, so violent, so awful, wouldn’t you think the murder and wounding rates would go through the ceiling? This is what the Left wants you to think.

The fact is, without the major cities, most of which have very restrictive gun laws and where drugs and gangs are prominent, the death rate from guns in America is well down on the list of countries in this world with high murder rates. Regarding police shootings in 2015, according to the Washington Post, “50 percent of the victims of fatal police shootings were white, while 26 percent were black. The majority of these victims had a gun or were armed or otherwise threatening the officer with potentially lethal force,” but the Left won’t tell you any of this. It doesn’t fit their narrative.

What they ultimately want is not gun control, but “people control” over us. They will use every shooting as a means to eventually register guns, confiscate them, ban ammunition and then ban all guns, thereby weakening Americans’ capacity to protect themselves against thugs and potentially the government itself. The Founding Fathers realized this 240 years ago, hence the Second Amendment.

What we have is a loss of personal responsibility, loss of the centrality of the family, an unstable secular society without moral standards of right versus wrong, the rise of purposefully orchestrated  violence, all fueled by a liberal progressive ideology especially significant during the last 10 years.

We must revert to those principles and values that our Founding Fathers held so dear, for if we continue on with the “whatever feels good, do it” mentality, America will no longer exist as it has for the last 242 years.

— Thomas Neviaser, MD is a retired orthopedic surgeon in Virginia. He is a published author of medical and popular books and newspaper columnist ,and is residential & commercial builder. He hunts & trains Labradors, and trains in tactical defensive shooting.