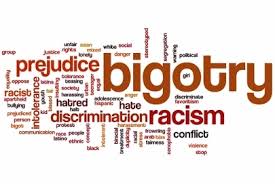 As predictable as hurricanes in September, hoplophobic media outlets have jumped on the Las Vegas mass shooting as an excuse to wheel out their favorite gun control nostrums.  For its October 3rd article, “Calls Grow for CDC to Resume Gun Violence Research”, New York City-based MedPage Today interviewed eleven anti-gun rights advocacy researchers and organized medicine spokespersons.  For an appearance of balance, the lead author interviewed one pro-gun rights doctor—me.

MedPage Today frames a narrative of righteously indignant heroes of medicine who want the federal ban on gun research lifted.  That’s the only way we will ever understand why such horrors as the Las Vegas shooting occurred, they insist.  This is the deceptive script that mainstream media have been looping endlessly for two decades.

Never mind that a ban on research doesn’t exist and never did. And never mind that firearm research has continued unabated since the 1996 congressional action, which was not a ban on gun research but on the gun control advocacy that the Centers for Disease Control leaders got caught doing.

One of the eleven anti-gun rights spokespersons interviewed for the MedPage Today article was Arthur Caplan, PhD, a bioethicist at New York University Medical Center in New York City.  Caplan doesn’t see patients and never shoulders the responsibility of life and death decisions, but that doesn’t prevent him from lecturing doctors on how they should make those decisions.  He has declared that doctors should be allowed to probe their patients about guns in their homes, but never once addressed organized medicine’s gun prohibition agenda when I talked with him in a  Medscape interview.

In this MedPage Today piece, Caplan similarly speculates on why some people “oppose gun violence research”, as the authors put it, setting up a straw man for Caplan to knock down:

“The…reason is I think people worry that research will reveal unflattering aspects of gun ownership” such as wanting to protect themselves against a black uprising or the United Nations taking over, he said in a phone interview.

I had to read this passage several times to let it sink in.  Do cloistered academics like Caplan really think they can get away with saying such things?  He just gave us a glimpse into his astonishingly bigoted mindset, a result of willful ignorance about how the rest of America lives outside his circle of urban academics.

In case his readers missed the point, Caplan further muses on the motives of gun owners:

So Arthur Caplan, PhD, the noted New York University bioethicist, thinks American gun owners (and Country-Western fans) are nothing but white racist, anti-intellectual yahoos.  And amazingly, he feels free to express that opinion in national media, and to purposely keep alive the lie that Congress prohibits gun research.

Why did the editors of MedPage Today not delete Caplan’s slurs from its article?  Surely the mandate of political correctness that forbids any offensive content from such a publication would have made this an easy mark for the editor’s red pencil.  Could it be that the editors too are blind to the magnitude and sweeping scope of Caplan’s insults?

Pundits have noted for some time now the contempt with which most of the left views most Americans and American ideals.  As Claremont Review of Books Senior Editor William Voegeli noted in 2009:

We see here all the basic elements, employed for the past 28 years, of liberal condescension. Every issue of the New Yorker, Vanity Fair, or Rolling Stone makes clear that the policy positions of George W. Bush, Republicans, and conservatives in general are wicked and stupid. The real problem, however, is that everything about these people—where they reside, what they believe, how they live, work, recreate, talk, and think—is in irredeemably bad taste. To embark on a conversation with one of them, based on straight-faced openness to the possibility of learning something interesting or important, would be like choosing to vacation in Wichita instead of Tuscany.

Few people cling to their prejudices as bitterly as ivory tower types who talk only to each other.  Arthur Caplan, by his own demonstration, is no exception.  Today’s “liberal” beliefs grow out of a century of scholarly, if misguided, Progressivism. But as always, bigotry is brutally crude and proudly ignorant.