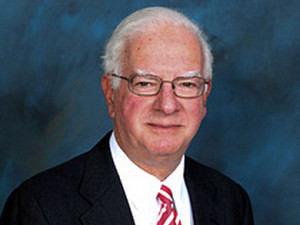 I find it helpful to look back occasionally at our progress in the culture war waged by organized medicine against gun owners.  The players change and language evolves, generally in an attempt to mask the gun-grabbers’ true intentions.  But one force for gun control has remained constant.  The American Medical Association (AMA) still wants to ban gun ownership by regular citizens, although it will still vigorously deny it, even as it moves toward its goal.

Even today, the public still views the AMA as a solidly conservative and unified professional association of America’s doctors in all 50 states.  This perception is still strong years after the AMA morphed in the 1990s from that generally accurate description into an oligarchic, self-sustaining, entrenched management-operated liberal activist group. Coincident with that transformation has been a steady decline in membership. In the 1950s 75% of doctors were AMA members. As of 2011 membership had hemorrhaged to only about 15% of practicing doctors.

There’s every reason to suspect the dramatic shift in AMA’s mission can be traced to its becoming independently wealthy and no longer dependent on member physicians’ dues.  Since 1983 the organization has taken in tens of millions of federal dollars from exclusive rights to its Current Procedural Terminology (CPT) codes. The codes are integral to doctors billing for their services, and the AMA zealously protects and cashes in on its copyright, to its own immense financial gain. No longer accountable to its already-dwindling membership, it has gone the way of other national professional membership organizations in pushing an activist social agenda.

Whatever the reasons, the AMA has clearly been an extremely well-financed liberal activist juggernaut, notably since the presidency of Richard Corlin, MD, a Santa Monica, California gastroenterologist and social activist.  Corlin threw down the gauntlet to gun owners in his infamous inaugural speech of June 20, 2001.  Corlin’s speech begins on page 59 of the minutes of the AMA House of Delegates meeting.

A glorious rant from more innocent times, Corlin’s fiery speech starts with a disclaimer: “Now my speech today is not a polemic. It is not an attack on the politics or the profits or the personalities associated with guns in our society. It isn’t even about gun control.”

Of course, his speech was all of those things. He raged against the “gun lobby” and fulminated about “pocket rockets”, a buzzword that never really caught on, used to describe small handguns.  The anti-gun rights crowd had adopted this term when they learned, to their enormous embarrassment, that their hitherto preferred term “Saturday Night Special” had racist origins (as does American gun control itself, but that’s another story).  Corlin also all but accused the gun manufacturers of intentionally catering to the criminal market.

And, like all the speeches and op-eds and mainstream media reports since then, his inaugural speech included a harangue against the “gun lobby” for shutting down gun research at the CDC (for the truth about this, read “The History of Public Health Gun Control—Part II”).

The incoming AMA president’s diatribe elicited a quick and vigorous reaction from gun owners everywhere.  Corlin and the AMA immediately discovered the hornet’s nest they had poked, and that summer they tried a form of damage control—what they called the “Key Stakeholders meeting on gun-related violence”.  The Chicago-area meeting, which I attended as an invited panelist, was billed as “a select group of scientists and representatives of key organizations to examine gun-related violence from a public health perspective”.

The meeting participants were heavily stacked against gun owners and for gun control activists.  Out of 26 active participants, 23 were there representing gun control organizations or medical societies that had gone on record as opposing gun owners’ rights. The chief disburser of Joyce Foundation’s anti-gun advocacy research money was there. The founder and director of the Handgun Epidemic Lowering Plan (HELP) was present, but said little.  Although a representative of the firearm industry’s National Shooting Sports Foundation (NSSF) sat on the panel with me, the NRA was conspicuously absent, reportedly and unsurprisingly not invited.

The makeup of the invitees and the pre-loaded agenda, full of references to “gun violence” and entirely devoid of any real-world acknowledgment of America’s 80 million gun owners, said it all.  This was to be a show of unity, a public affairs-contrived come-together of chin-stroking and pontification showing the world how all concerned parties could put aside vulgar politics and, with the help of science, find their way toward ending the deadly scourge of “gun violence”.

The ploy never worked.  The AMA was never able to shake its new reputation as major player in the public health war on gun owners.  Even as Corlin swore in his speech “We’re not advocating any limitations on hunting or the legitimate use of long guns, or for that matter, any other specific item of gun control”, the AMA already had in place policies lobbying to “restrict the sale and private ownership of inexpensive handguns commonly referred to as ‘Saturday night specials,’ and large clip, high-rate-of-fire automatic and semi-automatic firearms, or any weapon that is modified or redesigned to operate as a large clip, high-rate-of-fire automatic or semi-automatic weapon.”

Since Corlin’s declaration of war on gun owners the AMA has done little to change course.  It maintains a fully staffed legal department that weighs in on court cases of interest to its social activist leadership, including those dealing with gun owners’ rights.  For example, the AMA has been heavily involved in supporting a lawsuit challenging Florida’s Firearm Owners’ Privacy Act. That law forbids the AMA-championed practice of doctors probing their patients about guns in their homes, a thinly-disguised effort at promoting their anti-rights agenda.

In an unusual exception to the AMA’s generally unambiguous gun control advocacy, this year the AMA’s House of Delegates declined to endorse (this page requires registration to view) a call for universal criminal background checks for all gun purchases—even those between family members and friends.  It also voted to support the promotion of gun safety information and to reach out to all sources—including the National Rifle Association (NRA)—for gun safety information that can be shared with the nation’s physicians.

Only time will tell if this year’s House of Delegates actions reflect a new attitude at the AMA.  Such resolutions have been passed before, only to be quietly shelved in favor of the management’s long-term agenda.

One revelatory moment at the 2001 Chicago summit convened by Dr. Corlin spoke volumes about the AMA’s view of guns.  At a breakout session, a table display of firearms was set up so those who had never seen or handled firearms could do so.  The assembled gun control crusaders circled the table, gingerly touching, sometimes even picking up the various revolvers, semiautomatic pistols, and “pocket rockets.”  As I looked more closely, I noticed something odd about the firearms.  The moving parts of each one had been welded together to make them immobile and inoperative.