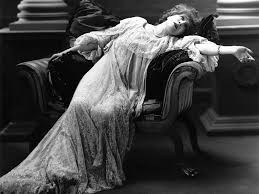 In keeping with the American Academy of Pediatrics’ apparent policy to “Never Let a Tragedy Go to Waste”, it only took 24 hours for their statement about the Florida high school shooting to hit my inbox.

It only took until the second paragraph of this “statement” before the very president of the AAP used discredited propaganda from Everytown for Gun Safety to attempt to support her position. She there states that “Congress is failing to act”, and states that members of Congress “bear a responsibility to take meaningful action to protect our children, our families, and our communities.”

This is nebulous emotional twaddle, akin to the “Impotent Something” referenced in a previous DRGO piece.

The statement goes on to say:

“The American Academy of Pediatrics advocates for stronger state and federal gun laws that protect children, including a ban on assault weapons like the one used in yesterday’s school shooting. We also call for stronger background checks, solutions addressing firearm trafficking, and encouraging safe firearm storage. We will also continue to work to ensure that children and their families have access to appropriate mental health services, particularly to address the effects of exposure to violence.”

This is more feel-good emotional hogwash. I doubt that the AAP would even be able to identify what they are calling an “assault weapon”—beyond that it looks scary and goes bang a lot. Regarding their call for “stronger background checks”: the Parkland shooter passed a background check. Unless the AAP is calling for the use of Harry Potter crystal balls and Minority Report style “pre-crime” arrests, this would have prevented nothing. What they are calling “firearm trafficking” is already illegal, and is in the wheelhouse of law enforcement—not pediatricians.

What follows is more of the same, with the usual box-checking mentions of “access to appropriate mental health services”, “effects of exposure to violence”, “public health threat to children”, etc.

The glaring omission is the lack of any mention of how the school being a gun free zone kept anyone safe. There was also no mention of the social ills that drive our children to want to murder each other in spectacular fashion in the first place.

This event is a tragedy, and elicits a strong emotional response. But the role of physicians is to remain objective and not let emotion cloud our decision-making process. Compassion and empathy are appropriate; hysterical reactions are not.

All of this emotion-driven feel-goodism and lack of any data except false propaganda makes me question whether I should be following any of the AAP’s other recommendations. If I can’t trust them on this, why should I trust them on anything? I expect better from a society of professional scientists who purport to practice medicine guided by logic and evidence.