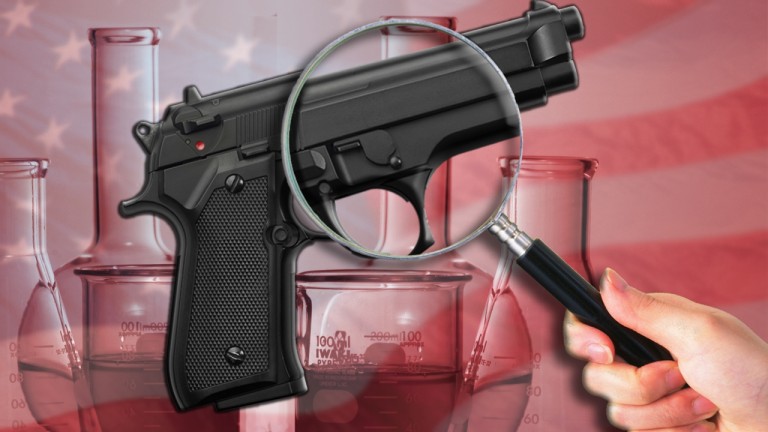 They’re at it again, so we are too.  “They” are the ‘gun violence is a public health issue’ crowd, who keep propounding theories about how guns should be treated as autonomous risk factors for injury and death.  DRGO will keep setting them straight.  If we weren’t volunteers, we’d thank them for keeping us so busy.

The big news from the front this week was an article appearing May 16 in the Annals of Internal Medicine, Yes, You Can: Physicians, Patients, and Firearms by Garen Wintemute and two other MD/MPH’s.

Accompanying it is a laudatory editorial that makes just one point accurately, though from a different point-of-view than ours: physicians are “ill-equipped to address firearm safety with patients”.   The article gives the impression that it offers objective advice to physicians about when and how they may inquire about their patients’ gun ownership.   Its Table 2 summarizes the conditions in which they recommend such questioning.

As Dr. Young explained the same day in a Medscape article, Gun Laws May Allow Docs to Counsel Patients, Report Ownership, it is always necessary when there are indicators of immediate danger (Wintemute’s first category).  This applies only in some of his second category (“Individual-level risk factors”), and is unethical profiling in others of those and in all of his third category labelling demographic groups at higher statistical risk of violence.

This is the same Garen Wintemute who has made it his life’s work to justify restricting and minimizing civil gun ownership, the same one whose work the California state legislature is considering funding from state tax receipts.  (See DRGO Goes to Sacramento to Stop California Junk Science.)

A section of his May 16 paper, “How to Ask and Counsel”, concludes with Wintemute’s characteristic refrain:

“The advisability of having firearms at home may come up for discussion. Clinicians can point to a large body of evidence establishing that, on balance, firearms in the home (81) and purchasing a handgun (82) are associated with a substantial and long-lasting increase in the risk for violent death.”

Perhaps now that patients are becoming aware that clinicians should not force organized medicine’s anti-gun politics on them, the new tactic is for anti-gun doctors to help the subject “come up for discussion”.

The two studies cited in that paragraph should be the justification for assuming the danger “of having firearms at home.”  Number 82 is from a 1999 paper by Wintemute, Mortality Among Recent Purchasers of Handguns, which trumpets the unremarkable finding that the risk of homicide and suicide “by firearm” is higher among people who own guns than among those who do not.  Likewise, we suppose that the risk of dying in bathtubs is more likely in households with full bathrooms.

The other, number 81, refers to a 2014 study, also in Annals of Internal Medicine, The Accessibility of Firearms and Risk for Suicide and Homicide Victimization Among Household Members, by Andrew Anglemyer and two co-authors.  As a more recent look at the question by authors other than Wintemute that assesses many studies together (a ‘meta-analysis’), we thought this one worth examining in some detail.

Any meta-analysis claiming to draw reliable conclusions from many other studies faces special obstacles.  Besides the usual potential for many kinds of bias (see DRGO’s Reading ‘Gun Violence’ Research Critically), a study of studies has to demonstrate that it is examining consistent and comparable enough work for a synthesis to be valid.  Dr. Margulies examined these questions, and found that this study comes up lacking.

First of all, their data base it is so incomplete and disparate as to be meaningless. They note that out of about 31,000 firearms deaths in 2009, there were 10,000 suicides, 52% of which were by firearm, and 4,057 homicides, 66% by firearm. They don’t discriminate between criminal and justified homicides.

They reference over 90 sources, but discuss just 16 of them. They state that they reviewed over 6000 articles and excluded half, but gave reasons for only 58 of those exclusions. They say they included an article by expert criminologist and generally pro-gun researcher Gary Kleck, but never mention it again. They include the long and rightly ridiculed seminal 1993 Arthur Kellerman anti-gun article, highlighting it in Table 1, but did not discuss it specifically either.  They don’t even mention premiere criminologists and economists who have studied firearms safety issues, like Don Kates and Gary Mauser, James Wright and Peter Rossi, and John Lott.

Their Figure 3 compares two time periods, pre-1997 verses 1997 to 2003. They note that during that time frame suicides increased and homicides decreased. They certainly had access to data after 2003, because they also discuss suicides and homicides in 2009. There’s no explanation for their timeline choices. They also note that 37% of studies were performed pre-1997 and 63% were performed from 1997 to 2013 (while using an ‘N’, or total, of 10, which can’t result in a 37:63 split).

They make a major point that women are more likely than men to become victims of homicide. From law enforcement statistics, we know that domestic violence produces many more injuries and does occur in populations with significant access to firearms.  Yet only a small percentage of those domestic violence injuries involved firearms (perhaps a function of their relatively lethal impact). But nowhere do they address the question of whether women (or anyone) could gain the advantage by arming to protect themselves.

They falsely describe the ‘chilling’ effect of the 1996 federal law supposedly prohibiting use of federal funds for firearms research.  The amendment actually merely prohibited federal funds to be used to proselytize for gun control, which the Centers for Disease Control, along with organized medicine, had been doing.

Finally, in a long section of the paper the authors describe their study’s limitations, demonstrating how their work has no consistent framework by which to draw objective conclusions:

“. . .other sources of bias are an ever present threat, among them using purchase date or military duty as a proxy for firearm access or ownership may not accurately represent ownership…”

“We synthesized heterogeneous populations of varying risks to estimate pooled odds ratios of death. We analyzed our pool of data by using fixed and random effects models.”

But “heterogeneous populations” don’t “pool” well to determine anything accurately, and the “fixed and random effects models” are different approaches to understanding varying outcomes.  The point here is that neither their data (many vastly differing studies) nor their varying analytic approaches could possibly produce cogent findings.

“We considered studies of suicide and homicide victims by any means and firearm specific outcomes may differ. . .”

Yes, the presence or absence of firearms may or may not have anything to do with outcomes of death by other means.  And, by ignoring potential means substitution, they overlook that firearms may have less to do with ultimate mortality even when they are used.

“[I]n studies with homicide outcomes, whether the presence of a firearm among case patients is the result of environmental characteristics of living conditions is unclear. . . Some persons may purchase a firearm for protection because of neighborhood crime. . . [This behavior t]ransfers the risk from [individual] ownership of a firearm to the neighborhood. . .”

Right.  Guns may be more popular in areas because criminals want to use them violently, or they may be more popular because it is a violent area and people want to protect themselves.  If the authors had commented that homicide rates are excruciatingly high in many inner-city African-American populations and are largely caused by black on black crime, a meaningful discussion might have begun. They also ignore the paradox that those same urban areas with the highest crime and violent death rates are generally where firearms have been most severely restricted.

Anglemyer et al simply can’t explain anything about the general risk of firearm possession on suicide and homicide, beyond the obvious fact that firearms are more likely to be used if they are present.

This is not a scientific study. It’s at best a polemic, and a confusing one at that.  Recognizing this undercuts every aspect of its conclusions.

That’s what we find almost any time we dissect “studies” that purport to show that the mere presence of guns causes more harm than good.  The harm is always a matter of correlation and conjecture, not causation.  The good is never acknowledged.