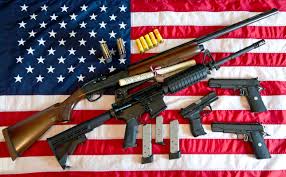 Did you know that “gun laws have not been strengthened because ‘a vocal and passionate minority of gun owners continues to feel emotionally and morally dependent on guns’”? Or that “The gun [has become a] sacred object . . . [Gun control for some gun owners] has come to represent an attack [on] masculinity, independence, and moral identity”? And that “The symbol of the gun as morally and existentially empowering is what activates pro-gun policy and anti-government sentiment”?

Probably not. These are “findings” by Baylor University sociologists Paul Froese and F. Carson Mencken from their new study “Gun Culture in Action” in the journal Social Problems.

Their work is another example of how progressive groupthink permeates social science just as it does politics at large today. There’s no regard for individuality—everything must be grouped by “gender, race, religiosity, political views”, etc. Talking points from the anti-gun chattering class abound like: “Almost 90 percent of gun owners want expanded gun safety”, with repeated use of the collective term “gun violence”.

This is all identity politics. It’s remarkable how mainstream sociology negates the NRA’s support for “America’s traditional bedrock values of self-reliance, self-defense, and self-determination” as “a myth”.

This publication has stimulated plenty of dittos among fellow travelers in the liberal media. It’s a great example of what is so wrong with the “conversation about guns” we’re afflicted with in current politics. By comparison, former president Obama’s declaration that mainstream Americans “get bitter, they cling to their guns or religion, or antipathy to people who aren’t like them” is a model of moderation.

“Empowerment” is a tricky subject to measure using surveys, but from theirs the authors find that “economic precarity, degrees of alienation, and . . . very conservative . . . political views” are associated with the greatest sense of empowerment by guns (especially among “insurrectionists”). This is all based on answers to these questions: “Owning a gun makes me feel: (a) safe; (b) responsible; (c) confident; (d) patriotic; (e) in control of my fate; (f) more valuable to my family; (g) more valuable to my community; (h) respected.”

In their analysis, these define “empowerment”, feeling “emotionally and morally empowered by his or her gun”. All these qualities seem quite positive to most of us. If just owning a gun could make one feel these ways, they’d be even more popular than they are.

Because religiosity and church-going seem related to feeling less empowered by gun ownership, they hypothesize that “participation in a Judeo-Christian community reinforces the message that the faithful need to love and see the good in others.” So being loving and seeing the good in others is incompatible with feeling positive about owning guns? Hardly. Plenty of good Americans love their guns and religion.

And who are those irreligious characters? “Less religious white men in economic distress find comfort in guns as a means to reestablish a sense of individual power and moral certitude in the face of changing times.” That’s a lot of assumptions about the reasons for sticking to your guns.

“[W]hites appear to utilize the gun as a means to mitigate economic despair, and nonwhites who experience economic despair actually feel less empowered by their guns.” These “Americans . . .  root their identity, morality, and patriotism in gun ownership.” As Froese put it in an interview: “The gun becomes their sacred object. . . Gun control for these owners has come to represent an attack of their masculinity, independence, and moral identity.”

For a more objective, understanding exploration of Gun Culture by a sociologist who comprehends and appreciates it, drop by a blog about Gun Culture 2.0 by David Yamane, PhD.

For a realistic view of gun culture is, just look at your friends. They aren’t problematically of any particular race, gender, religious or economic status. Men and women; white, black, brown, red, yellow; straight, gay and other; young, old or declining to confirm—People of the Gun are simply Americans who choose to learn the discipline and enjoy the comradery of shooting.