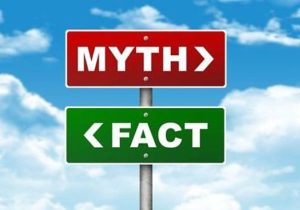 In the debate over gun control, it is often difficult to know which so-called “facts” are real, given the conflicting claims that are rampant. Not being able to analyze every claim we hear, it is helpful to identify trustworthy sources.

But what do we do when we learn our faith has been misplaced? I’d long trusted the Snopes.com website to deflate the urban myths I and my friends would find on the web. Unfortunately, I discovered to my dismay that Snopes.com fell for the fake facts peddled by public-health propagandists.

Snopes relegated a paper, “Would Banning Firearms Reduce Murder and Suicide?” that Don Kates and I wrote some years ago, to the status of an “urban myth” due to its periodic rediscovery by reporters who juxtapose our findings with whatever rehashed claims are currently being pushed by public health polemicists. Kim LaCapria, a Snopes reviewer, claims that our paper “was not peer-reviewed, it didn’t constitute a study, and it misrepresented separate research to draw shaky, unsupported conclusions.”

This criticism is entirely based upon comments made by public health campaigner David Hemenway in 2009 and were repeated in an article in The Trace in 2015. Hemenway has been characterized as having a “‘blinding bias’ that ‘colors his science … and ultimately his credibility as a scientist.’”  According to Wikipedia, Snopes.com was created by a California couple, Barbara and David Mikkelson, who have been well-regarded for giving even-handed analyses of common rumors. However, their unquestioning reliance upon Hemenway in critiquing our article may suggest animosity towards firearms owners.

Since the lead author of our paper, Don Kates, passed away recently, it falls to me to defend our work from unwarranted criticism. Don’s scholarship has long been highly respected. He wrote “Handgun Prohibition and the Original Meaning of the Second Amendment,” which was the first modern article in a major law review arguing for the individual-rights view of the Second Amendment. Since then he wrote or co-wrote over 15 more law review articles, as well as writing, co-writing or editing four books.

LaCapria focuses primarily on news reports about our article and largely avoids coming to grips with the factual nature of our arguments. If our claim is an urban myth, why not dispute the facts we present? Our article, published in a Harvard University law review, thoroughly reviews the evidence linking civilian availability of firearms with murder and suicide rates in all European countries for which published statistics on these events are available. By conducting a few correlations and cross-national comparisons, we show that civilian firearms ownership is not linked with homicide and suicide rates. [Editor: See the charts and tables in the paper.]

What seems to gall Hemenway (and LaCapria) is that reporters insist on calling our paper a “Harvard study.” It’s hard to see how a journalist would imagine we are Harvard professors since our professional affiliations are given on the first page of the article. However, the paper is legitimately associated with Harvard because it was published by the Harvard Journal of Law & Public Policy, a Harvard University law review journal. Academic research is typically conducted by university-based researchers and then published by academic journals at one university or another.

Hemenway and Snopes wax indignant that reporters label our article as a “scientific study.” Our paper takes the form of a legal brief, not a scientific study, in which we assemble the available facts to support our argument. This is an appropriate format in developing public policy. Scientific studies, if properly conducted, are designed to test hypotheses, not advocate for a policy. Hemenway is correct is saying that science is the search for truth. However, if this criterion were honestly applied, it would exclude most studies on guns by public health researchers, which are all too often nothing more than advocacy dressed up in pseudo-scientific guise.

It is hypocritical for Hemenway to imply that advanced research in criminology and economics is non-scientific, and instead give precedence to the pseudo-scientific work in public health. Shockingly, Hemenway ignores the high-quality research conducted by Gary Kleck and John Lott. By doing so he violates his pious claim of searching for truth. Perhaps he ignores academic researchers in criminology and economics because their findings contradict the bogus claims made by public health advocates?

Hemenway is correct that our paper was not peer reviewed. Peer review is the foundation of all academic research, particularly in the sciences. Obviously, peer review can only be as good as the “peers” involved. It is unfortunately true that the “peers” who review articles on firearm research for medical journals are often ignorant of proper research methods.

Public health journals are notorious for the exceptionally low quality of firearms-related studies, often exhibiting blatant methodological errors. One egregious example that has been recently flagged by DRGO is “Firearm Ownership and Suicide Rates.” Its authors fail to realize that their correlation between firearms ownership and suicide rates is bogus, as well as blatantly misrepresenting the research on the lethality of alternative methods of committing suicide.

Another recent article also flagged by DRGO is “Association Between Gun Law Reforms and Intentional Firearm Deaths in Australia, 1979-2013”. The Canadian Medical Association Journal accepted this propaganda piece by Simon Chapman and his colleagues, despite their having violated scientific protocol in several ways.  These included fabricating definitions to bolster their claims artificially, minimizing their own negative results to imply falsely that their hypothesis was confirmed, and selectively omitting previous scholarship.

In contrast, our paper was critically reviewed by Harvard law students before being accepted for publication. Law reviews are published by law students, who are meticulous scholars even if they are neither scientists nor yet lawyers. The Harvard Journal of Law & Public Policy is highly regarded for publishing solid scholarship.

Law review articles frequently offer excellent analyses of controversial political issues, such as the value of civilian firearms ownership, and are frequently cited in legal decisions, including those of the US Supreme Court. The scholarship of the lead author of our article, Don B. Kates, was the catalyst for the legal briefs filed before the Supreme Court in District of Columbia v. Heller, the 2008 case that reaffirmed the individual right to arms. Based on his publications in law reviews, Kates became an advisor to the plaintiffs’ counsel in the Heller case, Alan Gura.

Snopes is correct that it is a logical fallacy to claim that lack of evidence of effectiveness is proof of ineffectiveness. However, it is false to claim we, “disingenuously misrepresented extant research to draw [our] conclusions.” In our paper, what we say is that the body of research has “failed to identify any gun control that had reduced violent crime, suicide or gun accidents.” We recognize the logical possibility that future research may find an example of effective gun control. Apparently, commentators in social media are not so careful.

Our original conclusion stands. It remains true that, despite the large body of research examining gun control regimes, the best designed and most rigorously conducted studies fail to find support for the claim that restricting public access to firearms in any way leads to reduced homicide or suicide rates.

This experience busted the myth for me that Snopes.com is an objective myth buster. Myths are apparently easier to bust than political controversies. I would hate to believe that Snopes.com is just another peddler of fake facts for public-health polemicists.