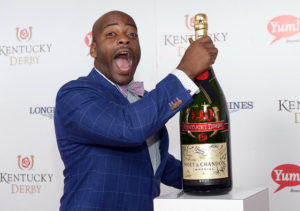 I’ve often joked with friends out here in California about the difference between our capital city of Sacramento and Las Vegas. One is full of hustlers, whores, and lowlifes.  The other is located in Nevada.  The few gun owners who have been paying attention to the foaming lynch mob that the California legislature has become know these truths well.  The rest will find out, to their shock and disgust, in due time.

Only a handful of California gun owners know the ordeal their pro-gun rights representatives just endured on their behalf in Sacramento.  These people, motivated largely by dedication to our civil right of gun ownership, have the unenviable job of making the logical case against gun control before an openly hostile legislative body blindly dedicated to snuffing out civil rights in California.

We’ve already given you an inside look at the dirty tactics of the ruling party in California’s legislature.  In April, DRGO Social Media Editor Arthur Przebinda, MD and I appeared before the Senate Public Safety Committee to testify against SB 1006, a bill that would grab taxpayers’ money to pay for a state anti-gun advocacy research operation at the University of California.

But that was just the beginning of legislators’ harassment of gun owners. As SB 1006 and about ten other anti-gun rights bills moved through the legislative process, legislators pulled every dirty trick in the book—gutting and amending bills at the last minute, switching hearing dates to inconvenience and shut out opposing witnesses, and suspending rules of procedure to rush bills through committee and minimize public exposure and comment.

But the worst lawmaker misconduct went down on June 14 at the Assembly Public Safety Committee hearing. If you can stomach it, here is the entire 3 hour and 41-minute video of the hearing.  But we have taken two short excerpts showing the sickeningly disrespectful treatment meted out to our pro-civil rights representatives by Senator Isadore Hall (D-Compton) and Assemblymember Evan Low (D-San Jose).

Witness Senator Hall’s incoherent rage after representatives of the National Rifle Association, Gun Owners of California, and the California Waterfowl Association had just testified against his bill to ban most modern sporting rifles, SB 880:

“Their dirty, filthy mouths [i.e., the three witnesses against the bill] that need to be washed with soap…these are vicious people that are sitting here protecting these vicious murderers…these crazy, vicious, heartless individuals that come to this dais…need to wash their mouths because they are filthy, and their attitudes demonstrate filth.”

Keep in mind, the Senator’s rant was prompted by the courteous and entirely professional testimony of these three gentlemen. You can see on the video that they were not the crazy or vicious ones in this exchange.

The tirade by Senator Straight Outta Compton, other than revealing his trashy character, was surely intended to obscure the irony that nowhere is violent crime worse than in his own South Central Los Angeles district.  And assuming that even stricter gun control would help stop it, if Hall were serious he would focus his faux outrage on handguns, the preferred tool of criminals everywhere, including the gangbangers in his own district.

But instead, he demonizes the modern rifles most favored by millions of law-abiding 21st century American gun owners for hunting, marksmanship competitions, and self-defense.  As we pointed out in a previous post, according to the FBI’s Uniform Crime Report, rifles of any kind are used in fewer than 3% of murders, and these modern rifles are an even smaller fraction of that number.

Balancing Hall’s bluster in his own passive-aggressive way was committee member Evan Low (D-San Jose).  After the above-described testimony from the three pro-gun rights representatives, Assemblymember Low called the National Rifle Association legislative liaison Dan Reid back to the witness table.  His pretense for summoning Mr. Reid was to ask a question about his testimony, a normal procedure when a committee member desires clarification on an expert matter of policy.

But Low’s real motive was to publicly excoriate the NRA rep.  Low repeatedly addressed Reid by his first name. Later in the hearing Low waxed poetic about the “rainbow flag” flying outside the capitol (at 3:02:00 in the main video), puffing up his own inclusiveness and freedom from bigotry (Low brags on his website about having been “the youngest openly LGBT mayor in the country”).  But Low clearly has a limited tolerance for supporters of the civil right of gun ownership, as you see from the undifferentiated hatred he heaps on Mr. Reid:

“It’s very difficult for me to sit here and look at you in the eyes and have respect for you, sir, Dan.  Because not only because of [sic] the lives that have been cut because of your organization—mothers and fathers—but many lives have been shattered from it.”

Low goes on to list the names of several victims of the Orlando terrorist murders, then with barely suppressed rage, continues his attack, “Of course, the reason they were murdered was because specifically of [sic] your organization, Dan [i.e., the NRA], which has vigorously lobbied to allow for these things to occur.”

How many Californians know that their legislature is run by swaggering bullies with anger issues and open contempt for the people who elect them?

Sen. Isadore Hall is Compton’s own Bull Connor in a bow tie, wielding not a fire hose, but an unseemly sharp tongue from the podium of the Senate.  Assemblymember Evan Low is a Silicon Valley version of David Duke in Mandarin drag.  Neither is worthy to shine the shoes of the NRA’s Mr. Reid, whose dignified response proved him in every way the moral superior of these two preening scoundrels.

Gun owners and lovers of freedom in California and everywhere should heed the appalling behavior of California legislators this session.  It is a harbinger of persecution to come, especially if Hillary Clinton wins the White House.  We must not accept it, anywhere or anytime.