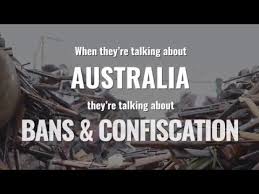 [Editor’s Note: Dr. Gary Mauser is a preeminent authority on  firearms, firearm legislation and violence.  He offered DRGO his analysis of a “study” claiming that Australia’s 1996 gun confiscation law ended “fatal mass shootings” there.  But it didn’t.  This complements our April 14 article debunking a meta-analysis from another supposedly reputable source.]

The recent article, Association Between Gun Law Reforms and Intentional Firearm Deaths in Australia, 1979-2013, in the Canadian Medical Association Journal by Simon Chapman and his colleagues exemplifies why CMAJ’s scientific pretensions cannot be taken seriously.

Proper scientific research requires objectivity, not selectively choosing evidence in order to bolster a preconceived point of view. Such an approach is not scientific, but more properly called, “pseudoscience,” i.e., the use of scientific-sounding techniques for propaganda.

In their article, which purports to be a scientific study, Chapman et al (2016) violate the scientific method in several ways, including:

The authors’ most newsworthy claim is that there were no “fatal mass shootings” after the Australian gun law of 1996 (between 1996 to 2016), even though there were 13 between 1979 and 1996, but this is entirely the result of their unique definition. Not only do the authors set an extraordinary high standard of five deaths as the minimum number for a “fatal mass shooting,” but they also exclude family shootings which is quite surprising.

The authors give no explanation for their definition which deviates from the standard of a minimum of three deaths for a “mass killing” accepted by both the FBI and European researchers. Setting the minimum number of deaths at five, rather than the usual standard of three clearly eliminates a number of ‘mass killings.’

The authors ignore the basic rules of the scientific method by focusing on confirming their initial hypotheses, rather than making a rigorous attempt to reject it. It is certainly acceptable for polemicists to argue for one’s position, but not scientists.

Despite admitting (in the concluding sentence) that there is no empirical support for linking the observed changes in suicide and homicide rates with the gun law, the authors throughout the article repeatedly imply that declines in both “fatal mass shootings” and firearms deaths had something to do with the introduction of the Australian gun law of 1996.

The authors know that this is baseless because not only do their empirical attempts fail to find any such linkage, but they even admit that murders and suicides that did not involve firearms declined roughly as much as did gun deaths. This strongly suggests that something besides a change in firearms law is driving the gradual drop in murders and suicides over almost thirty years.

Public health research tends to be solipsistic, steadfastly ignoring all other research studies except their own biased work. Chapman does not disappoint as this article fails to cite numerous other papers that have examined the effect of the Australian gun law of 1996. None of these found an empirical link between the gun law and the continuing decline in firearms murder. (See: Baker and McPhedran, 2007; Lee and Suardi. 2010; Leigh and Neill 2010; McPhedran 2016; McPhedran and Baker 2008; McPhedran, Baker and Singh 2010; and Ozanne-Smith, Ashby, Newstead, Stathakis, and Clapperton 2004)

Chapman et al violate the scientific method in several ways exemplifying why CMAJ’s scientific pretensions cannot be taken seriously. Perhaps pseudoscience in CMAJ is limited to gun control polemics, or perhaps just for public health research in general, but failure to follow the scientific method in some supposedly scientific studies raises the question of whether other studies, including medical or pharmaceutical research published in CMAJ, are being conducted with proper attention to scientific rigor.

Given the scandals that have rocked medical research in recent years (see Gizmodo and Washington Post for a few current examples), with lapses like this by Chapman and colleagues even potentially life-saving medical research is put under a cloud of suspicion.

Baker, J and S. McPhedran. 2007. Gun Laws and Sudden Death: Did the Australian Firearms Legislation of 1996 Make a Difference? British Journal of Criminology. 47: 455-469

Gizmodo. The Most Notorious Science Scandals of 2015.

McPhedran, Samara. 2016. A systematic review of quantitative evidence about the impacts of Australian legislative reform on firearm homicide. Aggression and Violent Behavior 28: 64-72