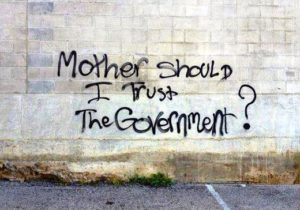 The mission of the Food and Drug Administration is ostensibly to protect Americans from potentially harmful substances.  Likely you’ve seen the agency come under fire for a variety of reasons—they’re too slow to approve new drugs and devices, they deny access to experimental treatments for terminal patients. The list goes on.

As with any labyrinthine and glacial bureaucracy, the anger and frustration we feel is logical and appropriate.   It’s repugnant for government at any level to deny citizens the right to make individual choices which have no direct consequences for anyone other than themselves.

It is frustrating when condescending restrictions involve minor personal choices, such as the right to drink unpasteurized milk or sell lemonade on a neighborhood street.  But when bureaucrats insert themselves into individuals’ life and death choices, whether it be access to potentially life-saving medical treatment or the right to keep and bear life-saving firearms, government interference truly becomes intolerable, a matter of life and death.

People are rightly indignant when terminal patients are denied the opportunity to try experimental therapies. Who better to decide whether to try an unproven but possibly life-saving drug than the person facing death? Even if the therapy fails, how in good conscience can we deny them the chance to try it?

But where was that indignation, except among her family and Second Amendment advocates, when Carol Browne was viciously murdered?  She was stabbed to death in her own driveway by her ex-boyfriend, despite a restraining order.  She was not allowed even to purchase a firearm because the local sheriff, in violation of New Jersey state law, delayed any decision on her application well past New Jersey’s legally mandated 30-day decision window.  Carol Browne deserved the right to try to save her own life, and was denied that chance by a bureaucracy just as paternalistic as the FDA.

The movie Dallas Buyer’s Club highlighted many of the FDA’s shortcomings and ethical failures, not the least of which was their discrimination against the mostly homosexual victims of the early AIDS epidemic.  Thankfully, government agencies have largely been forced to eliminate such long-standing discriminatory policies.

In the wake of the Orlando Pulse nightclub mass homicide, anti-gun groups were quick to demonize the Second Amendment—and AR-15 pattern rifles, even though that type of weapon was not used in that horrific crime.  Largely lost in the laudable support for members of the gay community which followed was the fact that the “Pulse” patrons were all disarmed by Florida law.

Imagine the abject terror those people felt, huddled in that bathroom, waiting to be slaughtered. Were they any less discriminated against than those early AIDS patients?  They, too, were subject to a system that deemed the necessary means for their defense “too dangerous”.

During the first few moments of the Newtown school massacre, the killer entered the school, armed and obviously bent on slaughter.  Yet unarmed teachers and administrators still attempted to face him down, sacrificing themselves in an incredibly brave but futile attempt to protect the precious young lives entrusted to their care.  I hope never to face such a terrifying ordeal, but if I do, I would be proud to muster half the courage those educators showed that awful morning.

Imagine the outcome if instead those incredibly heroic people had been armed, and had the chance to engage the gunman in those opening moments.  Authoritarian do-gooders in Washington have mandated that everyone, including licensed concealed carriers, remain defenseless and unarmed in our nation’s schools. But how many of those victims would still be alive if determined, brave and armed defenders had met that monster at the door?

Second Amendment opponents frequently make outrageous straw man arguments attacking firearm ownership in general, and particularly the carrying of firearms outside the home.  They accuse gun owners of being “bloodthirsty” or “willing to sacrifice innocents”, when we argue in favor of our natural right to self defense, and our Constitutionally enshrined right to keep and bear arms.

But these arguments are specious and intellectually dishonest. Those accusations would more appropriately be directed toward gun control advocates.  Limiting access to firearms obviously did not help the victims in Orlando, in Newtown, or in New Jersey.  In fact, it was the very thing that enabled their slaughter.  That criminals, including murderers, prefer an easy, defenseless target is beyond question.  That mass murderers prefer “Gun Free” zones is equally obvious.

Why, then, are authoritarians so bent on limiting our natural and Constitutionally guaranteed right to armed self defense?  How, in the face of such horror can they justify their calls for further restrictions?  Perhaps some who advocate more gun control are simply uninformed. Others may be naive, useful fools.

Some crave control over others, whether it is in the right to sell lemonade, the right to try alternate cancer therapies, or the right to armed self defense—such base motivations are as old as man.  The pain and suffering of others is a price they seem all too willing to pay for the chance to wield that power.

But some are more sinister still, and lust for something that has never existed in the United States, except in oppressed, often minority groups—a disarmed populace.  And we have ghastly examples of how vulnerable disarmed people are when facing armed assailants.

The natural physical disparities among people, and the willingness of some to commit violence, dictate that force multipliers—guns—are necessary.  Without the opportunity for law abiding citizens to carry firearms, the natural right of self defense is rendered impotent.

Pretending that written laws keep people safe is naive and childishly ignorant.  Claiming the moral high ground based on good intentions, despite the horrific loss of life the associated policies create, is outrageously dishonest, shockingly foolish, or both.  The graphic failures of gun control legislation are at least as much an affront to individual life, liberty and self-determination as the FDA’s indifference to the pleas of terminal patients desperately hoping for a last chance at survival.  Both regulatory schemes abrogate individuals’ right to make critical personal decisions and forfeit the lives and safety of law abiding citizens in the name of false security.

We can’t meekly acquiesce to such paternalistic interference with our lives and personal choices.  Our elected and appointed officials’ oaths of office should be modified.  Like physicians, they too should be sworn to heed the Hippocratic imperative “First, do no harm”.