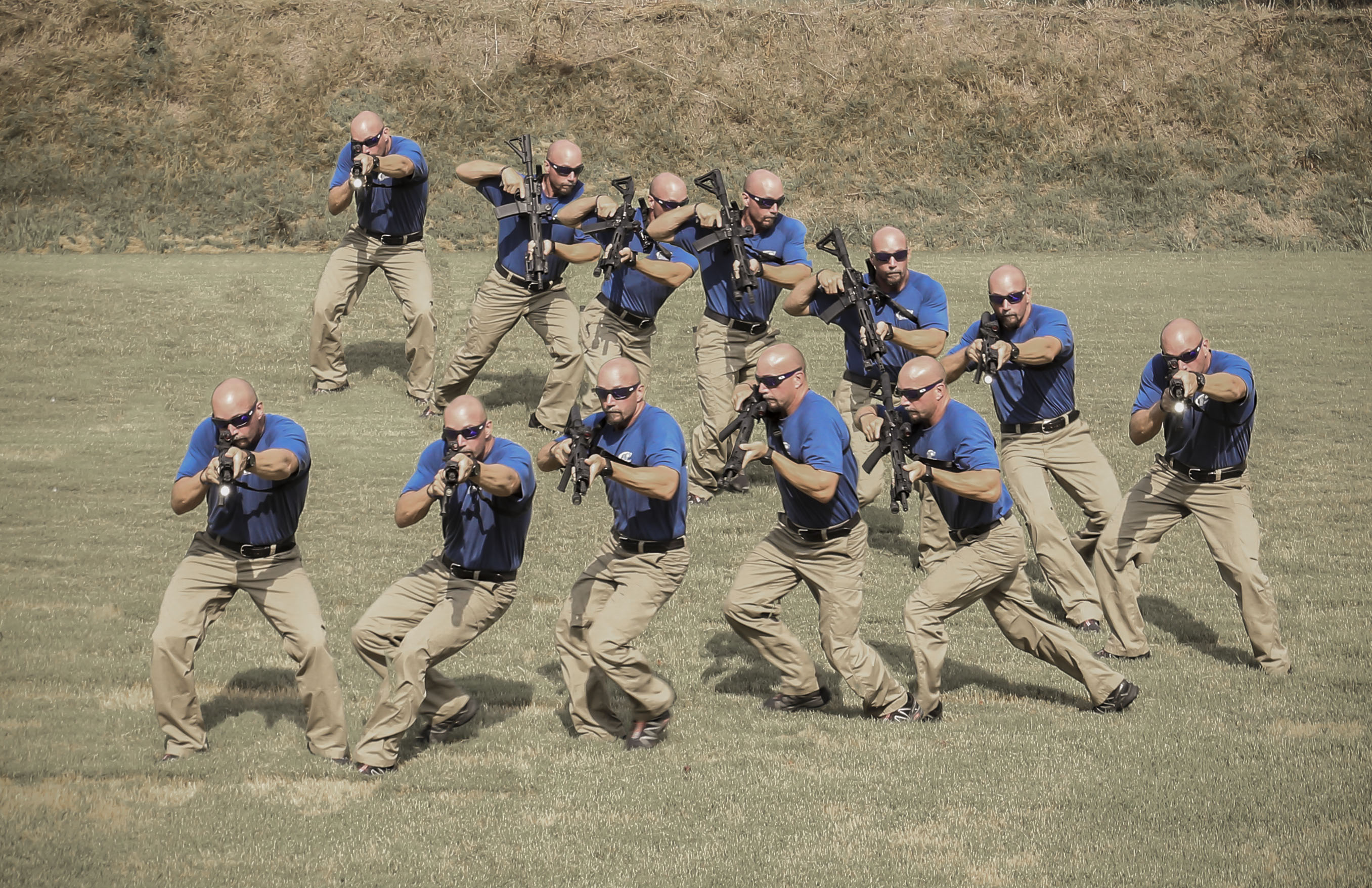 I enjoy shooting, but that’s not why I carry a gun.  I carry to protect myself and the people I love, although it’s not my primary method of insuring our safety.  Safe driving, a safe home, and situational awareness are our primary defenses—the gun is there only if everything else fails.

Minor mistakes in routine safety practices rarely produce a catastrophe—it usually takes multiple failures to create a significant problem.  But if all my safety firewalls do fail, a gun may be the only thing standing between me, or worse the people I love, and tragedy.  If that happens I will need to perform at my very best at the very worst moment of the very worst day of my life.

There is no way to completely prepare to face that challenge.  But that doesn’t mean that there’s nothing I can do. So, I study, practice and train. And to experience something a little closer to real world pressure, I compete.

When I first began carrying a gun, I read everything I could find that I thought might be helpful—books and articles by Jeff Cooper, Massad Ayoob, and others.  I also began reading as many fact based accounts of lethal force encounters as I could.    Those stories can help one anticipate possible scenarios, and might even help to identify and avoid a problem before it occurs.

I’ve also begun following Active Self Protection on Facebook.  The site shows actual surveillance footage of deadly force encounters from all over the world.  It has been eye-opening for me; my concepts were previously based on the mostly unrealistic events depicted on TV and in movies.  I find the commentary on those videos helpful as well, but like the adage says, a picture is worth a thousand words.

I practice handling and shooting firearms as often as possible.  That includes dry firing and dry handling exercises at home—repeated draws from concealment, magazine changes, movement, trigger pulls and other dry fire drills.  The indoor range where I shoot doesn’t allow drawing from a holster to shoot, nor movement around the range with a firearm—both appropriate safety rules—so practicing these things at home, even with an unloaded weapon, is a convenient and inexpensive way to rack up a lot of repetitions.

I also shoot as many rounds as I can afford to, as often as I get the chance.  At the indoor range this mostly means stationary paper targets, which have their limitations, but there’s no real substitute for lighting off live rounds.  I also belong to an outdoor range where I can shoot some steel targets, draw from a holster and move with the gun.  It’s a bit farther away, and time, daylight and weather limit how often I can shoot there, but if you’ve never made steel ring and watched it fall, you’re cheating yourself out of a real visceral pleasure.

I try to take one or two formal training classes a year, and I’ve been able to take classes near home from both local experts as well as nationally known shooters.  I doubt any of them would confess to having trained me if they saw me shooting, but I’ve learned a great deal from multiple sources.

This summer I’ll take my first trip to a national training facility, and I’m excited to go.  I’m really looking forward to immersing myself in training all day for four consecutive days. I know it’ll be a great experience.

That said, what has helped me most so far is competing.  And I’m just talking about low-level competition at my local club—no money, and no prize but bragging rights.  Some of the shooters there are really talented, fast and accurate, and a few obviously compete at higher levels.  While I’m not going to challenge them any time soon, the pressure of timed shooting with people watching adds a level of stress that taxes whatever skills you bring to the match.

The first time I participated, I set a pretty meager expectation for myself—no safety violations.  I wanted the club members to know that safety was my top priority, almost as much as I wanted to come home with all my fingers and toes.  On those accounts the day was a great success.  As far as skillful shooting, I didn’t do much, but the format allowed a lot of time for reflection.  It was easy to begin to analyze my performance and see what sort of mistakes I was making.

And, boy was I making them.  After my first round, though pleased I hadn’t done anything foolish or dangerous, I was unpleasantly surprised at the difficulty I’d had neutralizing targets.  I’d gotten pretty used to putting most of my rounds into a single, if largish, ragged hole on stationary paper, especially at the distances I had been shooting in that first round, 7 to 15 yards.  While I was mostly on paper, the hits were in the C and D zones as much as the A zone. h

After some reflection, I realized that under the tiny amount of pressure the competition format created I had completely abandoned basic marksmanship principles.  Not once had I put the front sight in the rear sight notch, let alone focused on it before pulling the trigger.  I think I was actually looking down across the top of the slide!  And that was just lesson 1.

The match included 5 stages, and I learned a little from each one.  After another less than stellar round, I realized I’d been slapping my trigger like a rat on a food lever, rather than using a controlled squeeze, letting off only to the reset.  Stage by stage, my technique slowly improved, and while I didn’t set the world on fire, I was eventually rewarded by quickly clearing a plate rack with no doubles.

By the end of the match, I was humbled but hooked.  Not only had it been fun spending the morning with a group of safety conscious people who shared my love of shooting, but I had learned a lot about shooting under (only a tiny bit of) pressure.  I had learned not only from my own efforts, but also by watching other people, some very good, and some closer to my level.

I hope I never find myself on a two-way range, and I do everything I can to keep that from happening.  I also do everything I can to survive a deadly force encounter if it happens, and I encourage everyone who owns a gun to do the same.  Even stationary paper marksmanship degrades without practice, and most gun owners never even attempt dynamic live fire exercises.