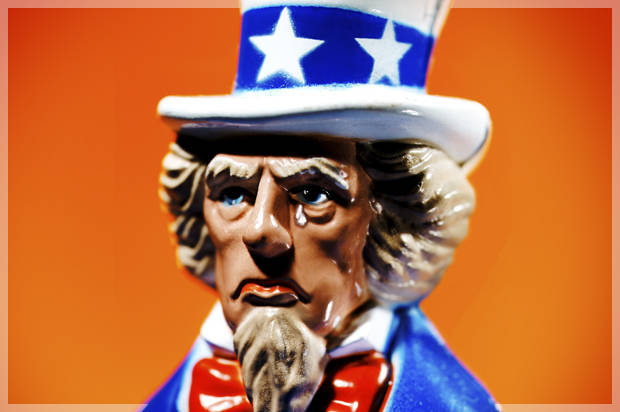 For many years, Americans’ natural right to self defense and our Constitutionally enshrined right to keep and bear arms has been under attack.  The agents have been many of the same forces and factions that have been assaulting and slowly eroding Americans’ other civil liberties.  The November Presidential election seemed to be pushing the Second Amendment, like a child with recurrent leukemia, toward a fate from which recovery seemed unlikely.

But on November 8th, there was a stunning turn of events.  Many of the same talking heads that have been backing the assault on the Second Amendment were proven dramatically wrong.  They had spent months debating the margin by which Hillary Clinton would inevitably be coronated, but by 2 am on November 9th the only remaining question was Donald Trump’s final margin of victory.  The Second Amendment was saved by a new chemotherapy regimen, snatched from the very jaws of death.

Americans have been spared a potentially devastating assault on our right to armed self defense, thanks in no small part to the efforts of gun rights organizations and the votes of gun owners across the country.  But until laws and judicial appointments secure these critical victories, our patient will not be out of the woods.  The Second Amendment has made it to the transplant unit, but continuing efforts are still required lest it succumb.

Despite his recent statements, prior to the presidential election cycle Donald Trump’s public positions on the right to keep and bear arms have been at best inconsistent.  It is imperative that supporters of the Second Amendment maintain the pressure on the incoming Trump administration and other politicians to make the appointments and enact the legislation that they have promised.  Until these steps have been completed, our patient is not out of jeopardy.

Until a Second Amendment friendly majority is re-established on the Supreme Court, our right to keep and bear arms lingers near death.  Until national concealed carry reciprocity is established, like “The Boy in the Plastic Bubble,” our personal freedoms will continue to end at arbitrary lines on the map.  Until federally mandated, so-called “gun free zones” are abolished, our schoolchildren will remain targets for those bent on evil.  Until the National Firearms Act of 1934 is reformed, pointless restrictions that contribute nothing to public safety will continue to plague us.  Ill-conceived and arbitrary magazine capacity bans will continue to afflict us until that issue is effectively addressed as well.

Right now our gun rights remain, like a patient in the ICU, in a precarious condition, perhaps upgraded from “Grave” to “Critical.” With a restored constitutionalist Supreme Court majority, and passage of gun rights legislation that President-elect Trump promised to champion, they could be upgraded to “Serious but Stable”. However, that may be as good as we can hope for.  Progressives and other gun-grabbers will continue to lurk in the shadows—some even won victories in recent elections and succeeded in passing new anti-gun state initiatives.  Our constant vigilance will always be required, as will our children’s and grandchildren’s.

The important question is what to do now—and I, for one, have a plan.  The time and effort I had envisioned spending to have “lost my firearms in a boating accident” can now be redirected into letter writing and other advocacy.  The money I’d planned to spend stockpiling ammunition and weapons that might have been banned can now be spent supporting gun rights organizations, like the Second Amendment Foundation, Gun Owners of America, the National Rifle Association, and yes, Doctors for Responsible Gun Ownership.  These organizations’ efforts will remain critical in the weeks and years to come, since we all know there is a difference between campaign promises and concrete actions.

The Second Amendment today is like a bone marrow transplant patient who’s just made it through the initial chemotherapy and radiation therapy, the patient’s own marrow destroyed, waiting for the expected transplant.

We won’t see actual results until we see those campaign promises fulfilled.  Until they are, we remain vulnerable.  Even after they have been, we will have to maintain lifetime surveillance.  In the fight against the forces of gun control, the best we can hope for are temporary remissions.