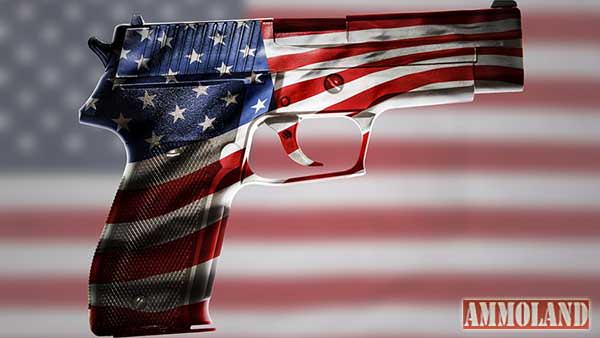 Now that Brett Kavanaugh has ascended the bench, the Supreme Court is likely to rule on some states’ “may-issue” practices that amount to “won’t-issue” for carry permits.  The recent case of Young v. Hawaii is ripe for consideration.  A three judge panel of the Ninth Circuit has ruled in Young’s favor, granting him his prayer for relief to be issued a permit to open carry.  That is, for an ordinary resident of Hawaii desirous of self-defense to be put on a par with armored car drivers who protect wealthy men’s property.

Gun rights advocates might read such a decision as foretelling the advent of a general “National Reciprocity” law; the most optimistic will press for “Constitutional carry”, i.e., permitless carry.  I predict no such leaps in a single or even a pair of bounds.  Progress will be achieved most expeditiously through incremental innovations along rational extensions of previous steps.  Such measures will have the best chance to be seen by the body politic as rational evolutions.

We have a system in place whereby about 40 states respect the right to carry and grant one another’s permits bilateral reciprocity or outright recognition.  These state to state schemes can be byzantine and changes are unpredictable. Yet, therein lies the germ of an idea.

“Enhanced” permits are offered by: Idaho, North Dakota, South Dakota and Mississippi.  South Dakota offers a regular permit, a “Gold” permit and an “Enhanced” permit.  The others offer only two levels.  Typically, the enhanced versions are recognized in a few more states than the state’s basic permit.  Carriers with enhanced permits sometimes have carry privileges in more venues.  Also, the enhanced permit may provide an exception from the NICS check where the basic permit does not.  Eligibility for an enhanced permit requires more training, live fire qualification or both.  A written test is an additional requirement in North Dakota.

Now, what if the permit issuing states were to standardize the prerequisites for various levels of carry permits?  This could establish a consistent, tiered set of carry credentials. For example:

The point of tiered standards would be to abandon the bilateral approach in favor of recognizing tiered levels of carry credentialing.  Nevada might recognize the Silver and Gold cards issued by other states but not the Bronze card.  The right to carry states might prefer such a tiered recognition scheme to avoid the hassle of periodic bilateral renegotiation.  Moreover, legislators might prefer to delegate the politically contentious issues of curriculum and scores to a third-party committee of state representatives.  Then, it would be a simpler task to choose only which tier to adopt as their state’s standard.

States eager for revenue might offer an array of options to residents and non-residents alike.  Using Nevada as a purely hypothetical example, the Silver State might offer a Gold card at a higher fee than its basic Silver card.  Perhaps non-residents would extend their stays in Las Vegas or Reno to take the additional training.

The stage would now be set for the aftermath of a Supremes ruling that only objective shall-issue laws are Constitutional.  Then the last may-issue jurisdictions would be compelled to adopt shall-issue laws.   These states would be most likely to adopt the most stringent prerequisites.  There is no way to compel states to participate in the standardization scheme, but Congressional incentivization (perhaps the threat of withholding funds) could be inspiring.

There should accrue public safety benefits from the tiered scheme. Many carriers will apply for permits at a higher level than their home state requires to enjoy wider recognition when traveling.  In so doing, they would undergo the additional requirements of fingerprints, training, or live fire tests. And Mr. and Mrs. “Smith” may want to “keep up with the Joneses” by obtaining a higher level of card.

Voters will quickly accept tiered recognition as a rational means for the states to preserve their “police power” to regulate carry while promoting a nationwide right to carry (albeit only by shall-issue permit).  Recall how divisive Congressional acts and Supreme Court rulings on other firearm issues have proven to be in our federal system.  To achieve carry acceptance, however begrudging, it behooves us to propose means of making the practice palatable to hoplophobic voters.

Gun rights advocates pressing Congress to adopt a general National Reciprocity bill fail to appreciate the “states’ rights” and “race to the bottom” arguments such an approach faces.  States’ rights are a Constitutional question that has resonance.  Race to the bottom is a practical issue that needs to be overcome.  There are two ways: brute political power or more subtle persuasive coercion.

National Reciprocity already passed in the House but is stalled in the Senate.  So much for brute political power.  A general National Reciprocity bill may remain elusive.  One Congress may have a bill pass the House, but fail in the Senate.  In another Congress, the two chambers may flip. That a Vermont resident who has never passed a background check might wander about Times Square will forever remain a bridge too far for New York Senators to accept.

Congress is unlikely to try to force the erstwhile “won’t issue” states to sign onto the envisioned scheme of tired recognition.  Yet something subtler will have the same effect.  Voters should see the scheme of tiered permit recognition as rational, “common sense”, respectful of states’ rights, and promoting public safety.  Too many voters will be supportive of state participation for recalcitrant Bloombergers to resist in the end.

Let’s presume the worst case scenario, that all the most hoplophobic states negotiate the most onerous permitting requirements to be issued the top tier card.  (Let’s call this tactic a “race to the top”.)  Hoplophobic states might, for example, require a score of 99/100 in the live-fire qualification.  This criterion will be a standardized component.  Yet, each state will set its own fees (location of testing centers, hours, etc.)  What would result from this?

Any state could offer the top tier card, to its residents and non-residents alike.  Say that all “Gold” card holders will have to meet an onerous 99/100 qualifying score.  States would still compete on fees, testing centers, and hours.  Thus, Pennsylvania residents would ask the Keystone State to offer a competitive Gold card at a modest fee with convenient testing centers throughout the state, qualifying them to carry nationwide.

Armored car companies will pressure the hoplophobic states to moderate the standardized criteria (training, testing, qualifications) but will endure the non-standardized impediments such as fees, training venues and hours.  Gun friendly states will moderate the competitive impediments (fees, testing centers and schedules) that won’t be part of the standard.

The most ardent gun rights advocates will decry such a scheme as compromising a fundamental right—they don’t want to accept anything other than permit-less carry.  Why should a resident of Alaska concern himself with Young’s dilemma in Hawaii?  Alaska has permit-less carry; how often do Alaskans vacation in Hawaii?  Senator Murkowski was rated A by the NRA. Are the most ardent among us advancing the cause?  Or are these rights advocates just preserving the status quo?

The less ardent gun controllers will probably engage gun rights advocates in an endless series of court fights over the number of hours of training required, test questions, live fire qualification scores, availability of testing and qualification sites and dates. But this will be a longer war of attrition than the right-to-carry fight has been.

Ultimately, gun rights advocates will face a dilemma.  If Congress or the Supreme Court federalizes interstate carry it will set a precedent in perpetuity.  A later gun control Congress would be following precedent to regulate gun possession and carry according to some national standard, one which would cater to the sentiment of a national majority rather than majorities in the several states.  After National Reciprocity, gun controllers will need only the best Congress money can buy.  So long as states retain the police power to regulate carry, gun control advocates have to continue fighting for regulation in the 50 state houses.

Strategic rights advocates should prefer some right to carry solution respectful of “states’ rights”.   Any solution that clearly promotes even more responsible carry could prove the safest and fastest road to right to carry nationwide.  A tiered set of qualifications that every state offers could be the straw that breaks the hoplophobes’ backs.