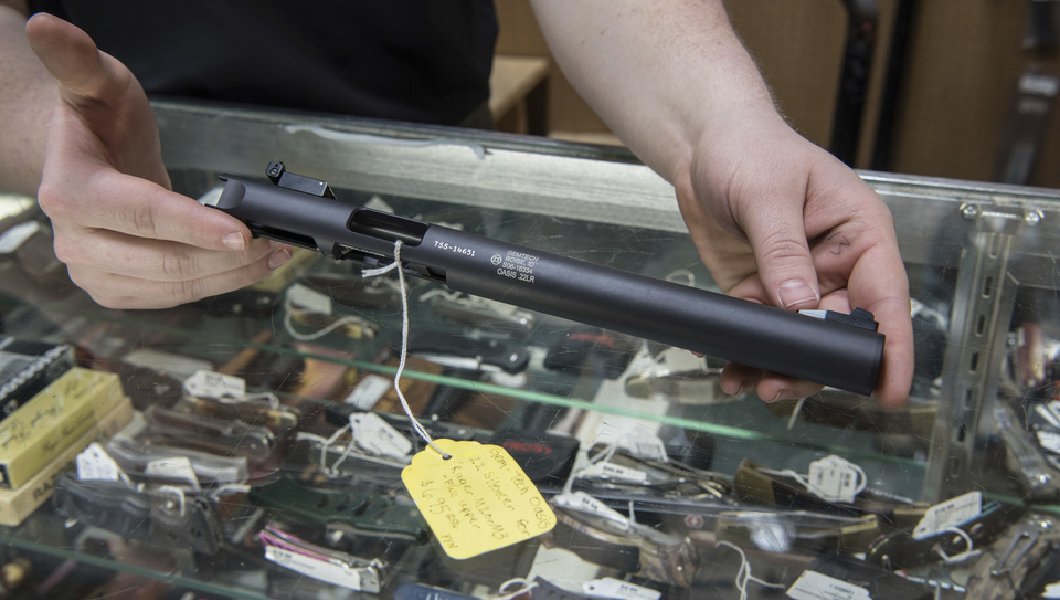 What if a cheap, simple, and safe method existed for preventing permanent hearing loss in tens of millions of Americans?

America’s doctors should be singing its praises and recommending it to their patients. American doctor organizations should be doing the same, as well as vigorously supporting the Hearing Protection Act (H.R. 367 and its companion bill S. 59) or the newly introduced Silencers Helping Us Save Hearing Act, or SHUSH (S. 1505 in the Senate and H.R. 3139 in the House). But they are doing neither. Why not?

The Hearing Protection Act would remove Al Capone-era federal restrictions on firearm silencers or suppressors. The Act’s repeal of the $200 transfer tax, the months-long wait, and the mountain of red tape would afford American hunters and sport shooters wider access to a safety device known to preserve hearing. SHUSH would go even further, defining suppressors as just another firearm safety accessory, which they are.

Even the group representing ear doctors, the American Academy of Otolaryngology-Head and Neck Surgery, has decided officially to refuse their support of both this hearing-saving tool and the legislation that would make it widely available to their patients.

As an ear specialist, I was consulted by innumerable people for noise-induced hearing loss — the kind caused by loud music, industrial machinery, and firearms. But I could offer no surgery or medicine. My best solution for them, to their frustration and mine, was to recommend hearing aids.

Although the American public is beginning to learn the science-based truth (disclosure — I am one of the authors of this white paper) about suppressors, much ignorance remains. Major media outlets have allowed their hostility to anything and everything about firearms to override any recognition of the public health benefit. That they have condemned the use of suppressors on the flimsiest of pretexts is bad enough. But the refusal of the medical establishment to heartily endorse suppressors and supportive legislation is nothing short of a moral failing.

One obstacle to reform is the stubbornly persistent myth that suppressors actually do silence the ear-splitting impact noise of a gun being fired. The Hollywood image of a hit man or spy squeezing off shots with no more than a punchy hissing sound is what informs much of the public. And it is a complete fiction.

In reality, suppressors are much like auto mufflers. They reduce the ear-pounding impact noise of a gunshot by about 30 decibels. So, a shot from a rifle with a muzzle sound pressure level of 170 dB would still deliver a 140 dB sonic punch to your ears, about the level of noise from a jackhammer. It is still loud enough to require supplementary hearing protection on the target range in the form of ear plugs and muffs.

The scientific principles are not difficult to understand. The truth about how suppressors really work is readily available. It’s understandable that the lay public would still be in the dark about them, considering the fantasy images they’ve seen for decades in movies and on television.

But the scientists who lead the national organization of ear doctors have no excuse for ignorance of how suppressors prevent hearing loss. The ignoble reason that they and other leaders of organized medicine have shirked their moral obligation to prevent human infirmity is prejudice, fueled by a willful ignorance.

Suppressors are not going away. Over the last decade, the states have led the way in laws making this public health benefit more available. Americans are now better informed about their value. But instead of taking a leadership role, our medical organizations have indulged their prejudices and remained silent to the detriment of their patients. Let us hope their better angels will prevail, and they will become leaders in the movement to save their patients’ hearing.