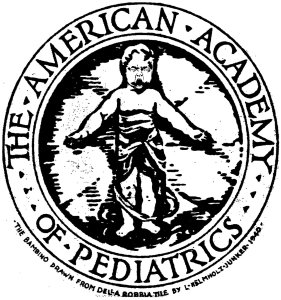 The AAP is throwing a tantrum.

Angry and frustrated gun prohibitionists across America seem to be boiling over these days. The social activist Florida doctors who believe their medical degrees give them the right to attack the Second Amendment have just been dealt the latest in a series of humiliating defeats in federal court.

With a third decision, the U.S. Court of Appeals for the 11th Circuit has clarified and reinforced its previous decisions and reaffirmed the constitutionality of Florida’s Firearm Owners Privacy Act (FOPA).  The law prohibits doctors from asking patients about guns in their homes unless there is, in the doctor’s judgment, a good medical reason to do so. FOPA applies similar restrictions to documenting such conversations in the patient’s medical record.

Acting on its own (sua sponte), that is, not in response to any petition by one of the parties, the court shored up its previous decisions in view of a recent Supreme Court ruling requiring all restrictions on speech to be supported by a compelling governmental interest. By showing in this new ruling that FOPA survives a First Amendment challenge under so-called strict scrutiny, the Court of Appeals has blocked one more way the frustrated Florida busybody doctors could have challenged the law in court.

It is noteworthy that the court didn’t wait for the organized medicine juggernaut of the American Academy of Pediatrics (AAP), the American Medical Association (AMA), and several other gun rights-hating doctor organizations to file another motion alleging stifling of free speech.  The court seems quite confident in its determination that 1) Florida doctors were engaging in conduct directed at damaging their patients’ civil rights, and 2) the legislature acted well within the Constitution by prohibiting that conduct.

Readers of this blog will recall that DRGO’s amicus curiae brief was filed in this case by law professors Anthony Caso and John Eastman at the Claremont Institute’s Center for Constitutional Jurisprudence.  Professor Caso was quoted in this Bloomberg News article as saying that the “court correctly noted [as DRGO’s court brief had argued] that protecting patient privacy and citizens’ fundamental Second Amendment rights to own firearms were compelling state interests that justified this restriction.”

Because four years and hundreds of pages of legal jargon have passed since FOPA was enacted, it’s good to recall just why outraged Floridians urged their legislature to pass that law back in 2011.  Social activist medical doctors in Florida had decided to join the public health community’s culture war against gun owners.  They followed the inflammatory gun rights-hostile policies of their national organizations, the AAP, AMA, and others, as we have documented in detail in other reports.

But even though doctors, as the Court of Appeals was careful to point out, have the same free speech rights as everyone else when not counseling their patients, the rules change when a patient is alone with them in an exam room. That patient is perhaps scared and insecure because of illness, and totally dependent on a doctor’s honesty.

In that situation, the state rightfully can expect a doctor not to abuse her patient’s trust to advance a political agenda. And that necessarily requires a limit on the doctor’s speech, a condition she accepts when she takes on the enormous responsibility of being a doctor. In the words of the court’s decision:

With this great authority comes great responsibility. To protect patients, society has long imposed upon physicians certain duties and restrictions that define the boundaries of good medical care…in light of the longstanding authority of States to define the boundaries of good medical practice, we hold that the Act is, on its face, a permissible restriction of physician speech. (page 5)

The Court showed that it was entirely conversant with the political events that prompted the legislature to enact FOPA, and that Floridians were entirely within their rights to prohibit such misconduct by their physicians:

The Act protects the right to keep and bear arms by protecting patients from irrelevant questioning about guns that could dissuade them from exercising their constitutionally guaranteed rights, questions that a patient may feel they cannot refuse to answer, given the significant imbalance of power between patient and doctor behind the closed doors of the examination room. The stories that prompted the Florida legislature to act illustrate this obvious problem.

One legislator stated that, during an appointment with his daughter, a pediatrician asked that the legislator remove his gun from his home. Audio CD: Regular Session House Floor Debate on HB 155, held by the Florida House of Representatives (Apr. 26, 2011) at 26:20 (remarks of Rep. Artiles) (on file with Florida House of Representatives Office of the Clerk). [This section also cites other cases, including Rep. Brodeur’s encounter with his physician.]

These doctors’ irrelevant requests and misinformation threatened their patients’ exercise of fundamental rights, and likely those of countless others who remained silent, while their patients were in a position of great vulnerability, lacking the power to fully stand up for themselves and their rights. (pages 61, 62)

The angry Florida doctors will almost certainly continue to exhaust every legal appeal of this latest decision against them.  Of course, they could instead step back and check themselves. They could look at the overwhelming political opinion arrayed against them, fully supported by the federal court, and honestly examine their own actions. They could take a lesson in humility and entertain the possibility that they have been terribly wrong in misusing their patients’ trust to push their fervent belief in gun prohibition.

But the very vocal and well-funded group of doctors who are convinced their politics trump our civil rights have never been capable of self-examination or humility.  So we will have to continue to teach them that their job is to heal the sick, and not to run our lives.