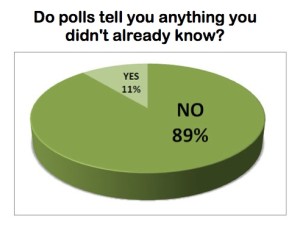 MD Magazine, a New Jersey-based website for medical doctors, recently conducted a poll of 1,700 physicians (of whom 901 responded) on their views about guns.  Results were mixed but tended to strip away the false veneer of hoplophobia that the medical establishment perpetually tries to stick on us.

No one should rely on this poll as definitive.  The sample population was limited to readers of MD Magazine, a major selection bias.  The questions were poorly crafted and appear to demonstrate the prejudice and simple ignorance of the authors.  Here I am being charitable, declining to attribute to these authors the sordid motives of other mainstream media people who deliberately conflate semiautomatic and fully automatic firearms, use the media buzzword “gun violence,” and otherwise seek to deceive their readers.

Still, the answers shed some light on what doctors really think.

Here are the poll questions.  The physician-respondents themselves had hundreds of comments. Many expressed anger and frustration at a medical establishment (medical organizations and their many sympathizers in the major media) that is overwhelmingly opposed to firearm civil rights. Percentages may total less than 100% because respondents skipped some questions.

Question 1—Do physicians have a role to play in curbing gun violence?   A clear majority of 43.6% responded “no”, with 40.3% saying “yes.” Fully 145 of the 901 doctors who responded to this question left comments. Of those 145 comments, 51% could be classified as reinforcing the “no” position.

This “no” group included doctors who unequivocally said doctors should not get involved with this political issue, those who thought that role should be limited to the dangerously mentally ill, and a few “yes” responders who said physicians should encourage their patients to get a concealed carry permit or take training from the NRA.

One responder on the “no” side commented “This is a personal matter for the patient and is a boundary violation to intrude on it by the physician.”  This tells me that DRGO’s outreach on this matter has percolated into the physician population (see the DRGO resource article “Boundary Violation: Gun Politics in the Doctor’s Office” and recent blog entry “Volokh Conspiracy on Wollschlaeger—The Doctor’s Dissent.”)

Question 2—Should the American Medical Association take a stand on gun control?  Respondents overwhelmingly repudiated this notion with 57.65% saying “no” and only 42.35% saying “yes.”  Among the comments, again a mixed bag, were “Focus your efforts on curing diseases please,” “None of their business,” and “This undermines the influence of the AMA. It should stick to medicine.”

Question 3—Have you ever asked patients whether they have a gun in the home?   This question fails to distinguish between legitimate, health-based inquiries such as to a dangerously mentally ill patient and garden-variety AMA and AAP-style anti-gun patient propagandizing.

Still, 57.75% of the doctors answered “no” and 42.25% “yes.”  Of the 106 comments, many indicated that “yes” meant only in case of a suicidal or homicidal patient.  The strong “no” response taken together with the high number of very qualified “yes” responses as described indicates a clear aversion among practicing doctors to acting as gun prohibition agents for the AAP and AMA.

“I am strongly in favor of laws prohibiting medical providers from asking this question. I believe it should be a ‘loss of license’ offense to enter any such information into an EMR system.”

It is exactly this strong political opinion among the population (doctors included) that resulted in Florida’s Firearm Owners’ Privacy Act.

Question 4—Do you own a gun?   Many doctor-respondents skipped this question (57). Of the 871 who did answer, a decisive 55.34% said “yes” and 44.66% “no.”  One plausible explanation for this high non-response rate could be rightful concerns about violations of gun owners’ privacy. Similar problems have been identified in determining an accurate number of defensive gun uses in other surveys.

Question 5—If you own a gun, do you use it for sport or personal protection?  More doctors (446) skipped this question than any of the other questions. This was likely out of concern for privacy.  But of the 486 who did answer, 65.15% claimed “personal protection” and 34.85% “sport.”  Many of the 177 commenters claimed both reasons.

Question 6— Do you support stronger gun control measures? The 126 comments made it clear what a poorly worded question this was. The prevailing message from the comments was best summarized by this one: “Depends what ‘measures’ means.”  The 53.33% “yes” and 46.67% “no” responses should be considered of limited meaning, given the equally meaningless question.

Question 7— Which forms of gun control (if any) do you support?  This was probably the least meaningful question in the entire poll. It allowed only answer choices that were mostly media buzzwords. A whopping 320 of the physician-respondents skipped this question, likely because the only possible answers only poorly represented their true opinions.

The multiple choice answers and responses were:

– Increased background checks 93.75%  The obvious question not asked was “Increased compared to what?”.  Very few people who haven’t bought a gun have any clue just how thorough the current background check system is. Very few know what a BATF Form 4473 is, or that every gun purchaser must fill one out, and to lie on the form is a felony.  It’s a safe bet that nearly none of them know that every gun purchaser must literally get permission from the FBI through that agency’s National Instant Criminal Background Check System (NICS).

What additional “increased background checks” would the 93.75% suggest? We don’t know, because the pollsters neglected to supply the respondents with these critical facts. Nor were respondents prompted to consider that violent criminals in need of a gun simply don’t bother with background checks of any kind.

– A ban on assault weapons – 68.91%  Really?  The folks at MD Magazine are content to spread the gun prohibition movement’s propaganda in polling their readers?  Either they are exceptionally ignorant or they have a special contempt for the intelligence of their readers.

– Limits on magazine sizes – 61.51%  Again it’s likely that a significant fraction of respondents associate so-called high capacity magazines with “assault weapons,” with all the disinformation that goes with that media-contrived term.

– A ban on concealed weapons – 41.45%  It is not surprising that this “gun control” measure enjoys the lowest support of all.  The right to carry seems permanently embedded in America’s culture and laws by now.

This last question drew the greatest number of comments (221), possibly because it is nothing but a parroting of the gun prohibition movement’s talking points, myths and all.  I suggest readers peruse those comments just to see the strong overall opposition of these doctors to any further gun control measures.

This commenter summarized the doctors’ opinions well: “None of these measures will curb gun violence because those who are responsible will NOT follow the laws.”  At DRGO we couldn’t agree more.