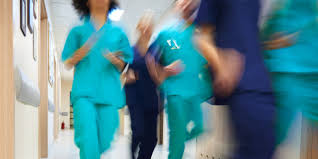 Hospitals are not the idealized sanctuary of healing that many of us imagine them to be. According to the National Crime Victimization Survey by the Bureau of Justice Statistics (2011), 10% of workplace violence incidents were directed at health care workers. This translates to 6.5 in 1,000 health care workers being the victims of violent crime at their places of work. Shootings accounted for 80% of the homicides. There are some hospitals that are looking into getting turnstile barriers and other physical security products to aid with keeping their staff members safe from violent crime.

Most of the hospitals in the United States are so-called gun free zones. Some are mandated as such by state law and some by hospital policy. We know that gun free zones do not deter violence-in fact, they may attract the very behavior that they were designed to prevent. Hospitals are soft targets. Security guards are, for the most part, not armed. At best, they may have tasers or pepper spray, but are not armed to handle lethal threats.

Hospitals and their staff face four major threats: from family members and patients themselves, from criminals and gang members, from spree shooters and from organized terrorists.

While in the hospital, patients and their families are under emotional pressure and pain. They often are sleep deprived and are making life altering decisions. Add to this, the social interactions of divided families, and you may have a soup that is ready to produce domestic violence. On many occasions, the violence is unplanned, but in some cases, planned or not, a weapon may be involved. Most of the time, this type of violence occurs in the Emergency Department (ED) or on the inpatient ward. There are often security personnel assigned to the ED, but rarely can they be found on the inpatient floors of a hospital. Hospital staff are ill-prepared to deal with determined violent actors. Security response time varies depending on the geography of the hospital and the distance the responders have to cover.

Fortunately, many hospitals have controlled entry onto their wards. However, most attacks happen when the actor is already past the locked door. Finally, doctors or other health care workers may be targeted by an ex-spouse or lover after the end of a relationship or by a distraught or disgruntled family member or employee. These attacks rarely occur in the hospital setting but are often seen in medical offices or adjacent parking areas.

Gang members and criminals disregard “gun free zone” signs and thus are frequently armed. Emergency departments are the usual location for rival gang members to be brought after gang violence. Often gang wars are just transferred to the hospital and continued there. Hospital staff can be caught in the middle and become collateral damage. Armed police located in inner city EDs are often the only thing keeping rival gangs separated. Too many hospitals are not protected by armed security.

Gang violence is not limited to the ED. It can also spill onto the inpatient wards. Also, there is often a drug addictive component. Gang members are also involved in the drug trade and are often users themselves.

Criminals also target hospital employees in transition areas such as parking garages and parking lots. Potential robbers know that hospitals are gun free zones, so employees are disarmed when returning to their vehicles and are easy victims.

Spree killers choose the time and place of their attack. They usually act alone. As posted gun free zones, hospitals are notoriously soft targets. Many attackers have a psychiatric history and a history of psychotropic medication use. They meticulously plan out the events of their attack. They go through five phases: fantasy, planning, preparation, approach and finally implementation. Active killers can be stopped by intervention during the first four phases. Once the shooting starts, it is very difficult to interdict without armed resistance. Spree killers are looking for maximum body count and notoriety by their actions. They often commit suicide when confronted.

Time is the key element in preventing the death of innocents. If the response comes from somebody on the scene, the death count averages 2 to 3. If the response occurs from outside the building, the death toll balloons to 12 to 15 on average. The typical event lasts about 6 minutes; the average time to notification of authorities also is 6 minutes. Police response is hampered by delays in notification, distance, communication of the location within the hospital where the incident is occurring, unfamiliarity with the layout of the hospital and unreliable access to keys held by security.

Terrorists are usually multiple attackers. Their motivation is political gain. Often hostages are taken and may be later killed for the shock value. Often explosives are used for both the initial attack and to hamper rescue efforts or to use as leverage to prevent attempts to retake the hospital. There have been over 100 attacks against hospitals in 43 countries between 1981 and 2013 resulting in 775 people killed and 1,217 wounded. The most recent one was against a military hospital in Kabul, Afghanistan, on March 8, 2017.

Many hospital attacks have accomplices on the inside with access to secure areas and who can deliver up to date intelligence. In addition to human targets, hospitals contain nuclear and biological materials which can be used as terror weapons. Health care information can be hacked and used as leverage in blackmail. This includes electronic health records and digital X-rays with their PACS systems.

Cyber terrorism is also a real threat. A hospital can be crippled by denial of service attacks. Also, implantable medical devices such as pacemakers and drug pumps have wireless controllers and can be hijacked externally. Terrorists are also involved in the production and distribution of counterfeit medications. 70% of counterfeit drugs come from the Middle East. Terrorist organizations work closely with organized pharmaceutical crime groups to finance their activity.

A terrorist bomb attack against a hospital can make it non-functional for a significant period of time. If done in a vital area of the hospital, i.e. the Emergency Department or operating rooms, it could not only damage the physical structure of the hospital and destroy vital equipment but it could also kill vital personnel who cannot be easily replaced. An attack against a hospital in Yemen did just that. It would also be demoralizing to the general population. Who would feel safe in a hospital that was recently a site of terrorism?

What actions can be taken to mitigate the risk to hospitals and the patients, families and health care workers? We can divide these into physical security and personnel.

Under physical security, we can limit the places to enter the hospital. We can do security screening of people entering the hospital, up to and including metal detectors and bag searches. Video monitoring may not be able to stop an attack but may decrease time to notification to police and security response time. Having both uniformed and plain clothes armed security would act not only as a visible deterrent but may put armed security in or near the place it is needed when there is an attack.

Many hospitals are moving toward limited access to emergency departments, wards, operating suites and other sensitive areas. These are predominately secured by badge-reading door locks. This allows authorized personnel to access the space without too much delay in the work flow. Because of the history of ambulance bombs, hospitals in Israel have a stand off area where ambulances are searched before they can approach the hospital. In the same vein, patient parking should not be part of the hospital building but in a separate structure.

Under personnel, background checks of all employees should be undertaken. It goes without saying that people with criminal histories or suspicious backgrounds should not have access to sensitive areas of a hospital. Housekeeping and food service employees often have access to the majority of the hospital. They can collect intelligence, provide access and even pre-position equipment in the hospital without attracting much attention. If you’ve lost a job opportunity thanks to an error arising in a background check, you may want to take it up with a lawyer who can handle your background check dispute. Although they may make a mistake every now and then, background checks are very beneficial for businesses to ensure that their staff are reliable and trustworthy. With checks, employers can reduce their employee turnover by making sure that they employ the correct people the first time. Keeping the same staff is beneficial, that’s why turnover reduction strategies are so important, especially in the healthcare business. 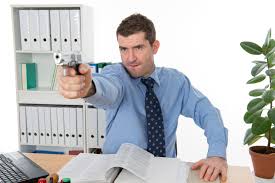 Personnel training to respond to active shooters or terrorist attack is vital. Active shooter drills are conducted in hospitals nationwide. Homeland security recommends “Run, Hide, Fight” to respond to spree killers. However, in the hospital setting, that may not be possible.

Sheriff Wayne Ivey of Brevard County, Florida, recommends the 4 As: “Awareness, Avoidance, Arm, Attack.” Situational awareness includes knowing your surroundings and routinely asking yourself, “What If?” Look for exits, potential items that could be used as weapons and areas that could be used for cover or to securely barricade yourself and others. Avoidance: escape or evacuate whenever possible. Encourage others to leave with you, leave personal belongings behind. If you can’t escape, barricade yourself, use things like furniture, cabinets or chairs. Turn out lights, silence electronics, lock the doors. Be prepared to attack. Arm, if you are allowed, and carry your gun. If you cannot, use weapons such as knife, scissors, fire extinguisher and chairs. Encourage others to arm themselves and work together as a team to overcome the threat.

When possible, attack from different directions. Attack and fight as if your life depends on it, because it does. Aim for the head area so as distract the attacker, attempting to end the assault definitively. If you have a firearm, be aware of the surroundings and backdrop. Make sure your actions do not endanger innocent bystanders.

Most hospitals train for mass casualty response. However, few train to respond to an internal attack. If and when this happens, many people will not survive because nobody thought it could happen in their hospital to them. Much of this boils down to mind set and money. Armed security costs more than Taser-carrying uniformed guards with radios. Limiting entrances to hospitals and setting up screening is inconvenient and costs money. Security badges can be stolen and used to gain access to locked areas, which can also be bypassed by people on the inside. Diverting ambulances and searching them could cost lives and is expensive. Remote parking is inconvenient. Background checks are only retrospective and cannot predict future behavior. Almost every mass shooter in recent history passed the federal background check before purchasing his weapons.

With this evidence in mind, I have proposed allowing licensed hospital employees to carry their concealed firearms at work. I have been a proponent of FASTER type training for hospital employees who carry, coordinating with police and sheriff’s departments. As time is the most important factor in reducing the casualties and ending the violence, having armed security and armed staff in all parts of the hospital will give patients, families and staff the best chance of survival in a spree shooter event.

Even in the case of a coordinated attack against a hospital by terrorists, armed staff in a hospital can disrupt the plan of the terrorists and allow people to escape becoming hostages and allow police and SWAT teams time to get on scene and interrupt the attack before it can develop into a siege. In the end, we must all be vigilant and be prepared for the worst.

Edeen, John, MD. In the Crosshairs: Are Our Hospitals Targets for Terrorist Attacks? Concealed Carry, July 2016.

-Dr. John Edeen is a pediatric orthopedic surgeon in San Antonio, TX and is active in seeking the right to carry for qualified hospital staff. He is DRGO’s Membership Director.