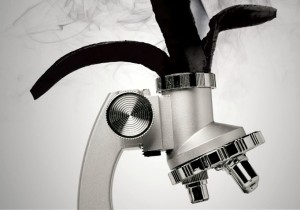 [Editor’s note: a version of this article appeared in America’s 1st Freedom.]

We can all feel it.  With mass shootings dominating the headlines, and especially since the Sandy Hook school mass shooting three years ago, the pressure to blame gun owners is mounting.  Everywhere we look we see the familiar gun grabbers calling for more background checks, a ban on modern sporting rifles, and that old saw, restoring funding to the federal Centers for Disease Control and Prevention (CDC) for firearm research.

President Obama, gun prohibitionists in Congress, and their many friends in major media outlets have done a formidable job of spinning the story of how the CDC lost its funding for gun research.  Their version is that, back in the 1990s the CDC was producing valuable public health research on “gun violence”, saving lives and preventing injuries with their policy suggestions.

Then, because the “gun lobby” didn’t like the results of their research, the National Rifle Association opposed this great advance in public health and, against the great tide of public opinion, persuaded Congress to take away the CDC’s federal funding for all gun research. There has been no gun research since then, so we have no way to know how to stop gun violence.  That’s the bedtime story told endlessly by the media for twenty years now.

And it’s false.  I know because I was one of four medical doctors and a distinguished constitutional scholar and criminologist who told Congress the truth about the CDC’s gun control politicking. And we brought them proof.

Here’s the truth.  The CDC funded research on gun injuries and deaths done by public health researchers—a group then and now known for its strong bias against gun ownership.  The CDC gave out grants totaling millions of dollars to public health researchers. They used the money to churn out articles supposedly confirming how bad guns are and why they should be severely limited to American citizens, or even banned.

These articles appeared in prestigious medical journals and provided powerful ammunition for gun control advocates.  They had been losing in the court of public opinion and in Congress, but now had a new way to push their gun-grabbing agenda.  They disguised their political goal of gun control in fancy scientific language.  And they hoped no one would notice.

The first scholars to sound the alarm that top management at the CDC had turned rogue were Miguel Faria, MD, Edgar Suter, MD, and Don Kates.  Dr. Faria, a neurosurgeon whose family were refugees from Castro’s Cuba, was then the editor of the Journal of the Medical Association of Georgia. A pioneer in getting the truth out about this conspiracy in the medical world, Dr. Faria published Dr. Suter’s devastating March 1994 critique of the new anti-gun junk science, “Guns in the Medical Literature—A Failure of Peer Review”.  Suter meticulously pointed out that “errors of fact, design, and interpretation abound in the medical literature on guns and violence.”

An even more comprehensive analysis of this medical literature came a year later with the landmark Tennessee Law Review article by Don Kates and three medical researchers, “Guns and Public Health: Epidemic of Violence or Pandemic of Propaganda?”.  These authors showed not only the deliberately bad science, but also the medical establishment’s mindless and astonishingly hostile bias against gun owners.

The most prominent of the new breed of white-coated gun control advocates was Dr. Arthur Kellermann, then with the School of Public Health at Emory University.  It was his 1993 article “Gun Ownership as a Risk Factor for Homicide in the Home” in the notoriously anti-gun New England Journal of Medicine that was the last straw for American gun owners.  Kates devoted a whole section in the Tennessee Law Review article to this blatantly anti-gun bit of CDC-subsidized junk science, dissecting its faulty experimental design, sampling bias, and statistical analysis.

Kellermann and his coauthors studied three crime-prone urban populations, looking only at inner city residents who had been murdered in their own homes.  Then they generalized from that population, for whom criminal violence is a way of life, to all American gun owners.  They concluded that having a gun in your home makes you 2.7 times more likely to be a homicide victim.

Major media outlets picked up the story and conveniently rounded the “2.7 times” up to “3 times”, giving rise to the notorious (and false) “three times fallacy”.  It has been repeated countless times ever since and is still quoted today, despite having been thoroughly debunked.

By then the medical and public health establishment’s war on gun owners had drawn the attention of critics in the medical field, the National Rifle Association, and members of Congress.  The media blitz of cover-ups and distortions started then and continues to this day.

Media stories typically try to portray the NRA as a villain, which somehow miraculously overcame public opinion to bully Congress into taking away the CDC’s money for gun research. In fact, the NRA simply did its job of representing its millions of dues-paying members as well as tens of millions more gun owners in America. Powerful interests at America’s elite universities and their allies at the CDC waged a culture war against America’s gun owners, and the NRA responded with action to defend us.

Further, the NRA was not the only voice in opposition to the academic and CDC elites’ concerted effort to discredit and disarm America’s 100 million gun owners.  That voice was raised by many, including the 37 medical school professors, practicing physicians, law professors and epidemiologists who signed the critical review “Violence in America: Effective Solutions”, published by Dr. Faria in the June 1995 edition of the Journal of the Medical Association of Georgia. The authors concluded that scholarly proposal for real solutions with a section titled “End the scapegoating of guns and gun owners”.  And it culminated in five of us bringing our case to the House Appropriations Committee’s subcommittee that oversees funding for the CDC.

On March 6, 1996 Dr. Miguel Faria, Dr. Edgar Suter, Dr. William Waters, Don Kates, and I testified in Washington, DC as invited witnesses at a hearing of the Subcommittee of the Committee on Appropriations of the House of Representatives for the Departments of Labor, Health and Human Services, Education, and Related Agencies.  One by one we gave our presentations.

First up was William Waters IV, MD, an Atlanta physician affiliated with Dr. Suter’s group, Doctors for Integrity in Policy Research.  Dr. Waters summarized his written testimony already submitted for the record. Among his points was this revelation:

“NCIPC [National Center for Injury Prevention and Control, the CDC division involved with gun research] researchers and staff—including those at the highest level—were faculty for the Handgun Epidemic Lowering Plan (HELP) conference in 1993 and again in 1995. This was a firearms prohibition strategy conference, described by its organizer as uniting “like-minded individuals who represent organizations… [who will assist in using] a public health model to work toward changing society’s attitude toward guns so that it becomes socially unacceptable for private citizens to have handguns.”

In other words, an incestuous relationship existed among top CDC officials and top figures in the gun prohibition movement at the time. Together they openly planned a public relations war against gun owners.

The next witness was Miguel A. Faria, MD, consultant neurosurgeon and Adjunct Professor of Medical History at Mercer University School of Medicine in Macon, Georgia.  Dr. Faria discussed how the major and well-regarded research findings of Professor Gary Kleck had been systematically excluded from the public health literature because of Kleck’s findings that people often used firearms successfully for self-defense.

The next witness, Don B. Kates, Jr., was an icon of the gun rights movement, a civil rights attorney and criminologist associated with the Pacific Research Institute for Public Policy in San Francisco.

Kates demonstrated how the CDC systematically ignored or suppressed research showing any positive aspect of gun ownership.  Noting the remarkable decline in fatal gun accidents even as handgun ownership had increased enormously, he told the congress members:

Though the NCIPC does purport to study gun accidents, no NCIPC-connected publication has mentioned the phenomenal decline in accidental gun deaths. More important, no research has been directed at determining why fatal accidents have declined so precipitately and how best to capitalize on and extend the decline. This lack of research is irreconcilable with NCIPC’s charter to reduce death. But it seems that NCIPC is not interested in any mechanism for reducing gun deaths which does not involve decreasing gun ownership (emphasis added).

Their publications are “so biased and contain so many errors of fact, logic, and procedure that we can not regard them as having a legitimate claim to be treated as contributions to a scholarly or scientific literature.”

I concluded our panel of witnesses with my testimony as Director of Doctors for Responsible Gun Ownership and a practicing surgeon.

I showed the committee a winter 1993 CDC publication, Public Health Policy for Preventing Violence, coauthored by Mark L. Rosenberg.  Rosenberg was later to become the director of the NCIPC.  The authors recommend two strategies for preventing firearm injuries: “Restrictive licensing (for example, only police, military, guards, and so on)” and “prohibit [gun] ownership”.  Yes, this federal agency was using our tax dollars to advocate for revoking our civil right to own firearms.

But the real bombshell was the Injury Prevention Network Newsletter, published by the San Francisco gun prohibition group, the Trauma Foundation.  This newsletter exhorted readers to “organize a picket at gun manufacturing sites” and to “work for campaign finance reform to weaken the gun lobby’s political clout.”  An editor’s note explains: “This newsletter was supported in part by Grant #R49/CCR903697-06 from the Centers for Disease Control and Prevention.” Under pressure the CDC later requested a refund of the grant money.  But its sympathy with a radical gun prohibition group had already been put on record.

Few were surprised when the full committee report for the 1997 appropriations bill contained “a limitation to prohibit the National Center for Injury Prevention and Control at the Centers for Disease Control from engaging in any activities to advocate or promote gun control.” Further, the committee warned CDC officials that it “does not believe that it is the role of the CDC to advocate or promote policies to advance gun control initiatives, or to discourage responsible private gun ownership.”

One of the enduring gun-banner myths helpfully perpetuated by the major media is that Congress stopped all gun research. In fact, as the Congressional Record shows, Congress only told the CDC to get out of the business of politicking for gun control. Another myth is that no gun research has been done since the 1997 congressional action. This is clearly false, since criminology research has proceeded unabated, with some of its greatest contributions coming from John Lott. Lott’s monumental 1998 book More Guns, Less Crime is now in its third edition.

Of course, in the minds of the public health anti-gun community, Lott’s research doesn’t count because it finds that gun ownership has benefits for society—a truth that they have spent their professional lives and our tax money denying.

The ultimate test of science’s findings is whether reality bears it out. In the world of policy, the American people will be the judge, based on their collective wisdom. Since the beginning of the public health war on gun owners, the states have all adopted right to carry laws. The Supreme Court has affirmed the individual right to own firearms for self-defense. The public has come to know that they have a right to own firearms. And now they know the truth about how Congress stopped the CDC’s activism against their precious right to keep and bear arms.