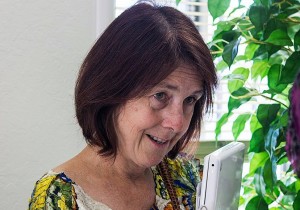 California’s legislature quickly passed its response to the Isla Vista (California) mass murder perpetrated by 22 year old Elliot Rodger nearly a year ago. Even though Rodger killed fully half (3 out of 6) of his murder victims with a knife, and injured fully half (7 out of 14) of the other victims with his car, the legislature didn’t even consider taking cars or knives away from such dangerously unbalanced people. It was obvious that this law-making body’s special aversion to guns was in overdrive when it passed the Gun Violence Restraining Order (GVRO) law last fall. One California doctor piled on, emotionally citing her experience caring for gunshot victims, but not much else, as a basis for sweeping action.

As might be expected in hoplophobic California, the civil rights of the accused took a back seat to any other considerations. The law can be triggered by a law enforcement officer or by a family member. There are many different types of restraining orders, this order is just another one of them that can be issued and could protect potential victims. The standard of proof is lower than it is in other laws revoking a gun owner’s rights for cause. And the GVRO provides for immediate confiscation of the target’s firearms by police.

The only alternative is for the owner to sell all of the firearms within 24 hours, a very high hurdle for a suspect likely to already have been detained by police and certainly in an impaired mental condition. A forced sale will almost surely deprive the gun owner permanently of his property at a price well below market value. This raw deal for the gun owner was apparently of little concern to lawmakers.

In either case, the gun owner who is targeted by a Gun Violence Restraining Order is stripped of ownership of his firearms most likely for good. When police seize firearms they often keep them, against the law, challenging owners to take costly legal action to regain possession of them. Such unilateral abuses of power are often driven by politics instead of the law.

Perhaps cooler heads in the legislature are now weighing in on the more draconian provisions of the GVRO law. A bill has passed the Assembly that would allow the subject of a GVRO to transfer his or her firearms or ammunition to a licensed firearms dealer for the duration of the prohibition. The subject would be able to regain possession after the GVRO expires. (NOTE: Doctors for Responsible Gun Ownership neither supports nor opposes any legislation.)

There is widespread agreement that dangerously mentally ill people with a demonstrated disposition to violence should not have firearms. As has been pointed out, though, legislative attempts to accomplish this goal have been tainted with the agenda of gun prohibitionists who want to take guns away from as many people as possible. Any policy limiting a fundamental, enumerated right such as the right to own firearms must not be an open-ended revocation of that right in practice.