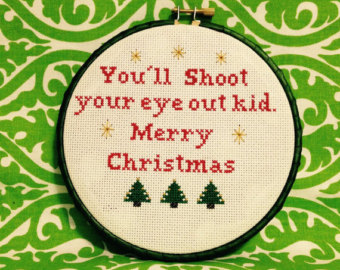 Answer: Not as often as some want to believe. At least, that’s what can be told from the March 27 issue of the Canadian Medical Association Journal from the Toronto pediatric team of Natasha Saunders, Hannah Lee, Alison MacPherson, Jun Gun and Astrid Guttmann.

Here is an astonishing misuse of language masquerading as medical research from some of our northerly neighbors.  The only imaginable reason for this must be the authors falling behind in producing publications for tenure.  “Risk of firearms injuries among children and youth of immigrant families” taps into many trending themes: guns, children, and immigrants.  And what could be more progressive than concern over the tragedy of “gun violence” done to “children” of “immigrants”?

The unreality of this study was well and quickly addressed by a number of writers, including DRGO’s Gary Mauser, PhD and Caillin Langmann, MD, PhD. But as another flagrant example of rationalizing an emotional agenda in modern medicine, it is worth filing on DRGO. The authors decided to examine “unintentional and assault-related firearm injuries”, comparing their frequency among immigrants and non-immigrants from 2008 to 2012 in Ontario.

The word “seemingly” comes to mind because the authors’ conception of what language such as “children and youth”, “immigrants”, “firearms”, and “injuries” (particularly “accidental”) mean are so flexible as to be meaningless. “Children and youth” are defined as “age 24 and younger”.  “Immigrants” means people who either “landed in Canada” themselves or born to a mother who immigrated.  And this does not include “undocumented or temporary residents (e.g., foreign students)”. “Firearms” include “pellet guns and other air guns . . . , even airsoft and paintball guns”. “Injuries” includes everything from bruises from BB guns to deaths. And “accidental injuries” are somehow taken to include police shootings. Oh, and “Canadian” refers only to those living in Ontario.  (Let’s just take a moment to imagine a huge . . ?! . . right here.) 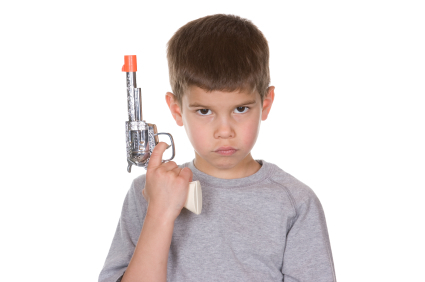 Of course, other demographic factors are considered, except the most important one—crime rates where subjects live. In Canada just as in the United States, violence is concentrated in urban, crime-prone neighborhoods, “immigrant” or not. Productive research now focuses on these factors and how to intervene among “youth” and criminals who are the cause of the lion’s share of violence in both our otherwise socially advanced countries.

A comment to the article raises some of these points but was answered in a not very enlightening way. Questions to the Journal’s editor about how such a tenuous report gets published there were broadly dismissed, because the authors come from “world-class research institutions”. Fangirl praise like this is no more relevant to peer review than is ad hominem condemnation. Both are excuses not to address the quality of the work itself.

The only fair conclusion to draw from this paper is: “Ontarians up to 24 years old, immigrants to Canada from Central America and Africa (and first generation Ontarians born to mothers from there), experience more injuries of all kinds from projectiles fired from real (and toy) guns (including when they get themselves shot by police), than are immigrants (or first generation Canadians) from elsewhere or other Ontarians of the same ages.” A call for further research is more called for here than in nearly any other peer-reviewed publication in recent memory.

In his critique in the Toronto Sun, Brian Lilley points out that space given to Saunders et al by CMAJ belies its vision statement, “Best evidence. Best practice. Best health.” There’s not much discernible “best” here. He points out that the paper came out the same day as the Canadian Paediatric Association published its newest recommendations against gun ownership by families.

These include: “Every family, rural and urban, should be screened for gun ownership. Physicians must . . . counsel that firearms not be kept in environments where children and adolescents live and play.” Not only should guns “not be kept in homes or environments where children and adolescents live or play. . . Legislative measures to strictly control the acquisition, transport, ownership and storage of firearms . . . are also recommended.”