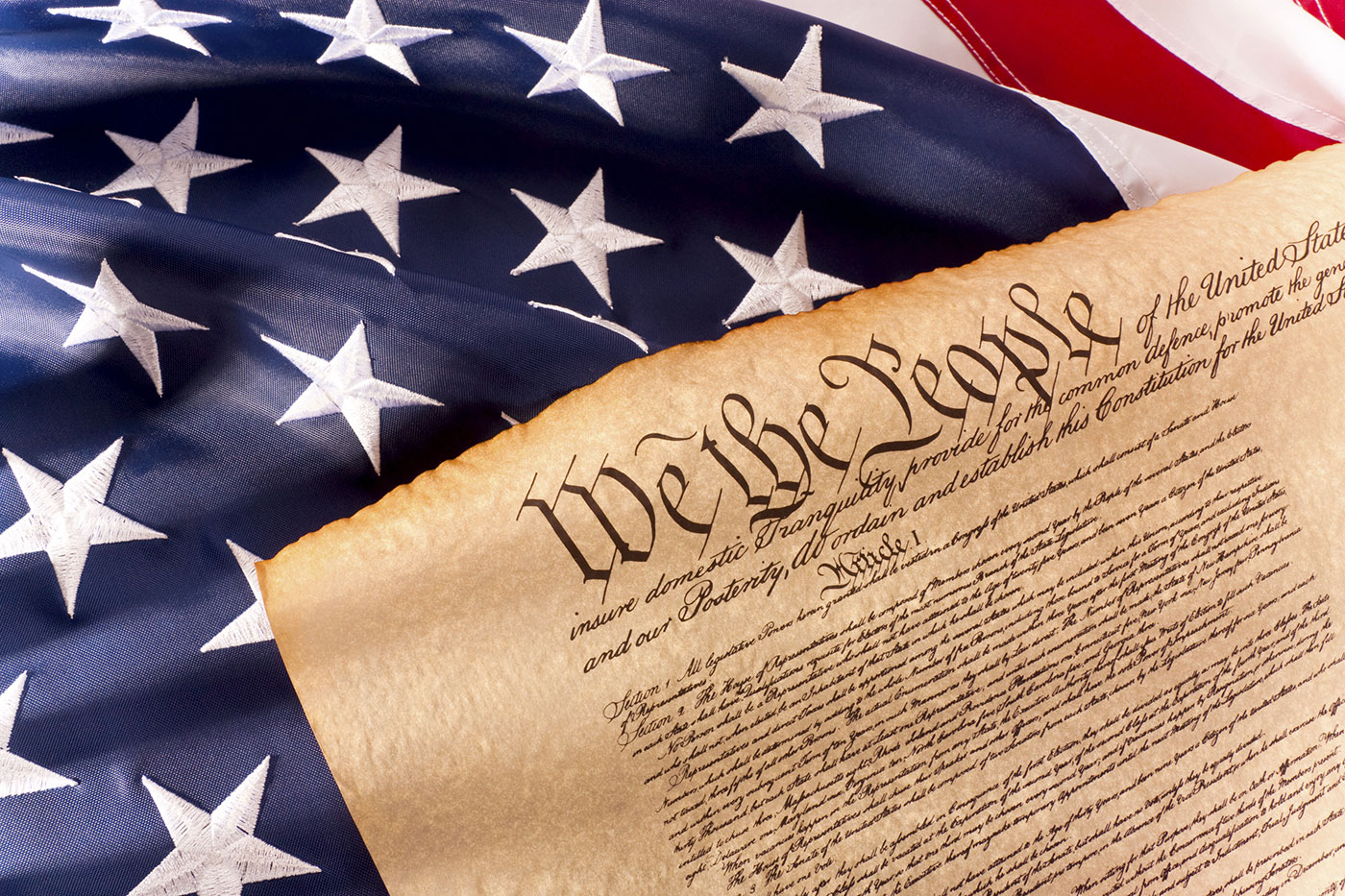 Yesterday, September 17, was United States Constitution Day—also Citizenship Day, and before that, I Am An American Day. Any day is good to be grateful to be American. This one is especially fitting.

Such national days are celebrated all over the world in at least 58 countries. But America’s came first, and has been the model for nearly all the others, including all 50+ constitutions in our own states and territories. Most important, it is ours, all of ours, now for 230 years.

That is the world record for longevity in constitutional democracy. Until relatively recently, this success might have been explained as arising from flexibility in interpreting our “living” Constitution, redefining it’s principles to suit the changing values and technology that modernity brings. After all, 55 old white guys, many of them slaveholders, most of them 200 years dead, couldn’t anticipate our contemporary enlightened “wokeness”.

Now another revolution is happening, as conservative thinkers (and a few scrupulous liberal ones) began to realize how far we’ve strayed from our fundamentals in those flexible interpretations. This has become clear in many ways: defining the rights of citizenship to classes rather than individuals; using accreted, circuitous precedents rather than straightforwardly applying the Fourteenth Amendment to confirm the rights and privileges of all Americans; selectively applying due process; even diluting the value of citizenship itself by extending more and more rights to non-citizens. This has all been agenda-driven interpretation, the kind that reshapes culture by the group, not for the whole.

Such inventive thinking creates varying, sometimes conflicting, standards where the Founders intended to set consistent norms for national policy making. There is flexibility inherent in how they designed the Constitution. The process of amending it has been occurring since it was signed, beginning with the First through Tenth Amendments of the Bill of Rights in 1789, right through the Twenty-Seventh ratified in 1992.

That is 27 out of more than 11,000 proposed amendments submitted to Congress since 1789. The Founders made it tough to alter, requiring very broad national consensus and buy in from at least two-thirds of the states, usually within a limited time. These requirements have ensured that the paper it is written on cannot fold easily. (Consider the five French constitutions since our Revolution inspired theirs.) Changes to America’s Constitution reflect serious, widespread and lasting decisions on the part of the governed.

Thankfully, conservative interpretation of law and the Constitution seems increasingly to be taking root. This does not mean that reactionary, illiberal, prejudiced old ways will return. Small “c” conservatism is not ideology comparable to the constant “progress” sought by today’s liberals to reshape everyone’s beliefs according to their own. This conservatism respects the wisdom of the centuries about the fundamental drives of those who seek power—their narcissism, their greed and, above all, their grasping for ever more power. Respecting the design of the wise men of 1787 has been the most successful way yet to obstruct holders of political power from satisfying those lusts.

The Second Amendment, of course, is a sterling example of these points. The founding generation, fresh off a long, bloody war against tyrannical power, knew the necessity “to a free state” of citizens keeping and bearing whatever arms might be required to secure it. For most of our history Thomas Jefferson advising “the gun” for the common man’s exercise was unexceptional. There have always been nits picked about exactly where and when unrestricted toting of firearms was appropriate, but the fundamental right of free citizens to make, own and keep them close was taken for granted.

The Civil War searingly clarified new bounds of citizenship. Then came the failure of Reconstruction, when the clear intention of the 14th Amendment’s drafters got submerged in waves of legislative and judicial obfuscation. Entire classes of people were denied this and most other rights of citizenship. During the 20th century, a long slide into fear of the instruments extended from requiring licensing of handguns, to banning automatic firearms and arbitrarily short shotgun barrels, to attempts to ban semi-automatic rifles and whole classes of people again (veterans with PTSD, elderly using payees, etc.).

Respect for our Constitution as written, and as we know the writers originally meant their words, is the only way out from this subjugation. Anything that enough Americans and their representatives choose to change in it can be changed. Just not by a few black-robed clerics deciding that modern times require modern meanings. Not by a few hundred elected officials passing laws because they think they know what is best for the rest. And certainly not by regulations promulgated by an army of bureaucrats whose unchecked good intentions lock everyone else into their own worldview.

The American Constitution was argued over, compromised about, and decided upon by actual people representing their own people and homes. Its beginning phrase, “We, the People of the United States” is not rhetorical—it is reality.

We need to stop manipulating and stretching and “living” the Constitution to suit the desires of the day. It needs to be respected as an enduring, real, unique life—the supreme law of the land as it was created to be. We’d all be surprised at how much justice, equality and power it would restore to every single American if it were taken at face value.

It was a true miracle that those men produced this enduring document in only 18 weeks through a miserable, sweaty hot summer in Philadelphia. They didn’t rush, but they knew when quit. Benjamin Franklin urged them to “agree to this Constitution with all its faults, if they are such”. He thought that each of us should “doubt a little of his own infallibility” and acknowledge that humans are not likely “able to make a better Constitution”. So far, he’s been right on all counts.

Our Constitution, with the Declaration of Independence, constitutes America’s secular scripture. If we stay faithful to it, we will keep our political unity for another 230 and more years. Today’s enlightenment will transition into other, ever shifting, penultimate understandings as society keeps changing. If we take it at its words, the Constitution will remain the palladium of our republic, just as the right of self-defense and of the people to keep and bear arms is “the palladium of true liberty”.

The Declaration gave Americans independence. The Constitution gave us a nation. As old Ben left Independence Hall that day, he famously told Mrs. Powell that she now had “A Republic, if you can keep it.” He’s still right about that, too.