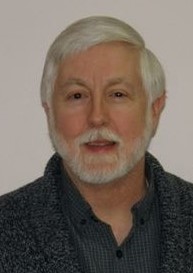 President Obama’s troubled nomination of Vivek Murthy, MD to become the nation’s next Surgeon General raises important questions of policy and politics.  The political is pretty obvious.  Dr. Murthy is an accomplished physician at the age of 36 with a fascinating personal history, having been born in Britain to Indian parents.  He is now at the Brigham and Women’s Hospital teaching for Harvard Medical School following education at Harvard and Yale in medicine and management.  He co-founded “Doctors for Obama” in 2008 to support Barack Obama’s campaign for the Presidency.  With that achieved, the organization was repurposed in 2009 as “Doctors for America”, promoting the Affordable Care Act (on which he consulted as it was drafted).  One is struck by similarities in this choice for Surgeon General to nominations of loyal supporters to plum European ambassadorships.

Dr. Murthy believes, as do many physicians and medical groups, that “gun violence” should be addressed by the government limiting access to guns.  Doctors for America is on record supporting an “assault gun” ban.  Saying that he does “not intend to use the Surgeon General’s office as a bully pulpit for gun control,” he apparently wants people to believe he’ll do as he says, not as he did.  Murthy famously tweeted about “politicians playing politics w/ guns, putting lives at risk b/c they’re scared of NRA. Guns are a health care issue.” 1,2  What’s scary about an advocacy organization  representing its members’ convictions?  And to what extent are guns “a health care issue”?

The main role of a presumably apolitical Surgeon General, beyond heading the U.S. Public Health Service, is to use that bully pulpit to speak to the health needs of the American public.  Previous Surgeons General have been very influential on issues such as tobacco, HIV, violence, nutrition, etc.  How could a man with strongly held beliefs about guns as a health risk not continue promoting those beliefs?  It’s no surprise that his nomination is opposed by gun rights advocates who see violence done with firearms as criminal and educational problems, and gun-related health care issues as consequences of misuse, not of guns themselves.

So is there anything to be said for “health through gun restrictions”?  Certainly, the fewer legal guns, the fewer should get misused.  Would our declining violent crime rates (as gun ownership steadily rises) plummet on banning “assault” (i.e., modern sporting) rifles?  Rifles are used in less than 3% of murders overall, and “assault”-style rifles in only a fraction of those. 3

The Supreme Court’s 2008 Heller and 2010 McDonald decisions ended the fantasy of eliminating guns from American society, particularly handguns, by far the most common.  This was never realistic.  There are about 300 million guns now in circulation and estimates of at least 85% rates of civil disobedience to recent confiscatory gun control laws. 4  Depriving  people of guns, the most effective tools for self-protection, would only increase victimization of the more vulnerable among us.

In 2010 (the last year with full statistics  available), there were approximately  31,000 deaths by firearms in the U.S., decreasing along with violent crime in general.  About 19,000 of those are suicides, accounting for 55% of all suicides, though guns are used in less than 6% of attempts.  (As a practicing psychiatrist, I take suicide very seriously.  About one million Americans attempt suicide yearly.  Nearly half a million are treated for self-destructive injuries.

Many attempt repeatedly. We can’t predict who will suicide when, but a self-destructive impulse can be lethal when a gun is at hand. Responsibility for safe, proper firearm use rests with the owner.)  5

About 11,000 shooting deaths were homicides.  Some are justifiable as self-defense, and about 16% are drug- &/or gang-related, involving folks who will attack each other regardless. Mass shootings, especially of young people, grab attention for their horrific character.  These constitute less than 1% of shooting deaths which, despite frantic media coverage, has not changed over several decades.  Perpetrators consistently target “gun free zones”, places unlikely to have armed responders (schools, malls, theaters, places of worship, etc.).  Of course, this isn’t just about deaths.  There were also about 73,000 gun-related injuries.  About 55,000 of these occur in the course of assaults, with the rest accidental, including “incomplete” suicides.  5,6,7,8

So what is desirable from a public health perspective?  Good public policy (as opposed to agenda-driven policy) takes into account both the risks (harm) and benefits (harm reduction) of issues, and anticipates potential consequences of proposed policies, intended and unintended. These principles rarely seem to concern vociferous gun control partisans.  The most rational basis for forming public policy about “gun violence” is to compare lives that can be saved and people uninjured against the numbers lost and disabled due to shootings.  (This approach ignores the benefits of hunting and the shooting sports.  These are widely enjoyed but don’t ordinarily raise questions of human risk.)

Abundant criminology research regarding self-reported defensive use of firearms has estimated that guns are used in self-defense from 500,000 to 3 million times a year in the United States.  Even 500,000 times per year is an awful lot of self-protection. 9,10   How many lives don’t end, how many bodies are uninjured, because guns aid self-protection?  Most respondents reporting use believed they were life-saving.  Many of these events are not reported to police, so there aren’t official incidence and outcome data.   But it is easy to suspect that out of a half million (or many more) occurrences, at least .4 to 2.2% (cp. 11,000 homicides) really were life-saving and that 2.4 to 17% (cp. 73,000 injuries) saved someone harm.  It’s more difficult to quantify absence of outcomes compared to what happens and is reported, but that has to be considered along with so-called “positive” data.

Thus it could be quite counter-productive to limit legal gun ownership for reasons of public health and safety.  And how remarkable that guns used defensively are rarely fired, and that people who defend themselves using firearms end up less harmed than those who use other methods (or just give in).  11  Criminals certainly wish to avoid armed resistance. 12  So having more responsible armed citizens might well reduce crime, 13 thanks to individual defensive firearms use and by dampening general criminal motivation.  These legally armed citizens are far less likely than the general population to commit crimes, violent and otherwise. 14

How are other problems addressed that are similar to firearms misuse, but hold much greater human cost?  Over 225,000 lives may be lost yearly in U.S. hospitals due to iatrogenic causes (treatment-caused mistakes), with vastly more non-fatal complications.  These are largely infections but also include errors made in procedures, medications and other care. 15   This is tragic in the extreme, that the very places and people trying to save lives actually kill patients.

Why do we let this go on?  Because we recognize that the millions of lives saved thanks to hospitals matter, and we exert ourselves to reduce their damage by improving, not banning, medical care.

Believing that public health demands gun control requires denying guns’ positive uses while lumping all gun users together in one bad-apple barrel.  Of course, this also requires denying the natural right of self-defense and Americans’ Constitutional right to keep and bear arms.  Developing good public health policy requires considering all aspects of an issue, including the harm that misbegotten policy can cause.  That’s a lot more complicated than tweeting sarcastic one-liners.

4  BearingArms.com, “Up to One Million New Yorkers Seize Opportunity to Not Register Their Firearms Ahead of NY SAFE ACT Deadline”, 04/14/2014: http://bearingarms.com/breaking-up-to-one-million-new-yorkers-seize-opportunity-to-not-register-their-firearms-ahead-of-ny-safe-act-deadline/

9  CSN News, “Use of Firearms for Self-Defense”, 07/13/2013: http://www.cnsnews.com/news/article/cdc-study-use-firearms-self-defense-important-crime-deterrent

10 Institute for Medicine/National Academy of Science “Priorities for Research to Reduce the Threat of Firearm-Related Violence”, 2013: http://www.nap.edu/catalog.php?record_id=18319

13  There is extensive research on this subject, beginning with John Lott: see his Crime Prevention Research Center.