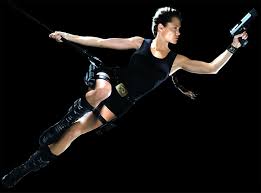 Just what is “Good Health”?

Does it consist of being free of disease? Is a person, having no diagnosable disease but too weak to walk, in good health? Or, how about a strong and robust man with no diagnosable disease, who is confined to a ten by ten foot prison cell? Is he in good health? Could it be that attaining good health is more complex than just taking lots of vitamins? If you are worried about your health, then you need to make sure that you get yourself checked out by a family doctor. It’s always better to be extra cautious if you are worried that something is wrong.

In fact, it is much more complex. Perhaps the following definition comes closer to what we mean when we say someone is in good health: “Good health is a relative state in which one is able to function well physically, mentally, socially, and spiritually in order to express the full range of one’s unique potentialities within the environment in which one in living” (a compilation of various dictionary definitions). In other words, “Health is primarily a measure of each person’s ability to do and become what he, or she, wants to become.” When so engaged, individuals will deem themselves as living a healthy and high quality life.

Let me go one step further. Truly good health not only consists of living such a life but of having the will and the means to sustain it.

Okay, but where do guns come in? Clearly, when your good health is threatened by social violence, if you have the “Will”, guns are the surest “Means” of remaining healthy. Successful self-defense creates sustainability.

Human beings are not mayflies. We strive to be healthy throughout our life span. A condemned man given a gourmet meal one hour before his execution is not in sustainable good health. Furthermore, by our definition criminals and sociopaths cannot be in good health since they fail the test on psychological grounds.

The higher aspects of good health involve the capacity to become what the individual wants to become. Certainly, one should have the ability to fully exploit one’s environment, in ways that do not detract from the rights of others.

And there’s the rub! Throughout human history, there are those who believe that good health, meaning that ability to succeed, is their exclusive prerogative. It’s not meant for the likes of you! In other words, the good health of bullies and tyrants depends on keeping you in bad health. That’s why maintaining good health in the face of active opposition requires the ability to defend oneself.

Many of us achieve this by becoming responsible gun owners. We don’t look for trouble. We’re just prepared if it comes our way, personally and as a nation.

“Wait a moment” says the anti-gun establishment. “You’re a doctor, supposedly dedicated to maintaining the well-being of those you serve. How can you do that while embracing a weapon that all too often is an instrument of death?”

Easy. Guns, in responsible hands, save many more lives than are lost because of their presence. That’s a fact that seldom gets recognized. The responsible use of firearms is akin to the responsible use of penicillin. This antibiotic drug saves millions of lives per year from infections. However, it does take the lives of several hundred people a year due to severe allergic reactions. Considering its huge benefits, is penicillin worth the small risk involved? Of course, it is!

In addition, maintaining good health may require the courage to take risks from time to time. Consider an astronaut. Here is someone who is highly educated, in superb physical condition, free of any serious disease, and required to do dangerous missions. In fact the accidental death rate of astronauts is 1 in 62, notably higher than in the general American population.

How about a climber of Mt. Everest? Most of them are not only free of disease but are well-conditioned with years of mountaineering behind them. Their death rate is about 1 in 15.

In addition, let’s not forget the soldiers who confront death in the prime of life to defend the values of their society.

Finally, consider a thinker who comes up with a completely new theory in the realm of science, philosophy or politics. Such an individual must be mentally and spiritually healthy enough to do the following: Initially endure the ridicule and disparagement of his colleagues. If he survives that, he must then endure being regarded as “crazy”. Eventually, if his theory is confirmed, he must have the ego strength to listen to his rivals claiming his theory as their own.

So here’s a paradox. In a variety of realms, the pursuit of good health often requires accepting risk—sometimes the risk of mental instability, severe injury, or death. That takes “Grit”!

Indeed, in regard to gun control, this is where the self-proclaimed guardians of public health make an inexcusable mistake. They exclusively talk up the tragic use of firearms by criminals or the mentally unstable. These unfortunate incidents might take human lives numbered in double digits per event. However, thousands of lives are saved every year, normally without even firing a shot. It’s usually enough to deter attack that the aggressor knows his intended victim is armed.

And then there’s this unpleasant fact: by far the most murders committed are by governments. The guardian elites never mention this because, as the ruling class, they are always armed and protected. It is governments and would be rulers that wage war, engage in ethnic cleansing and perpetrate genocide.

The Founders knew this and drafted the Second Amendment as a bulwark against tyranny. Let’s always be prepared to defend it vigorously against the crafty, the ignorant, and the faint-hearted of society.