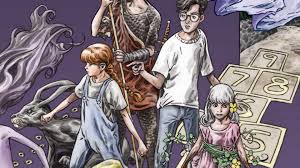 The mobilization of youth in response to the Parkland High School shooting has similarities to the Children’s Crusade and must not end the same way. There was a sense of exasperation and failure within Europe at the beginning of the thirteenth century.  For over one hundred years, the European powers had been engaged in the Crusades.  Their great endeavor was to wrest the holy land away from “Saracen usurpers”. Despite the best efforts of powerful kings with vast armies, the forces of Christendom had, for the most part, failed.

In this setting arose two boys who were inspired by religious devotion to believe that where experience and power had failed, youth and innocence could succeed.  Stephen of Cloyes came from northern France and Nicholas of Cologne came from Germany. Both of them had visions that led them to believe that they could peacefully convert the Muslims to Christianity. They preached this message to audiences of children and, by some estimates, as many as 30,000 joined their Crusade.

Aided by sympathetic and cunning adults, the children sought the support of King Phillip II of France but he was skeptical. They then journeyed through Italy and had an audience with Pope Innocent III. The Pope, sensing disaster, released them from their vows and tried to send them home.

However, the boys, who were zealous preachers, kept their group intact.  At the southernmost tip of Italy they expected that the Mediterranean Sea would part and they would then walk to Jerusalem. This failed to materialize and the children were persuaded to board ships and sailed away to an unanticipated fate. We will take up the rest of their story below.

In the wake of the tragic Parkland High School shootings, it appears that another Children’s Crusade is being played out. As with the earlier fiasco, the enthusiasm and inexperience of youth is being exploited as a selling point. Seasoned anti-gun politicians, whose arguments have not convinced their peers, are using children as they push them forward. They’ve found a new rallying cry; “The kids know best”.

Excuse me, but isn’t that a dangerous proposition?  What does the average high schooler really understand about historical massacres when the unarmed faced the armed? Do these zealous youths understand the implications of King George’s wish to effectively ban firearms from the colonies?  Does the sacredness of the Second Amendment mean anything to kids who sometimes confuse the Revolutionary War with the Civil War?

Do these young crusaders understand that as tragic a loss as seventeen teenagers are to us personally, that’s  a very small number compared to the numbers of the defenseless who have been liquidated? Can they fully comprehend that, in our own day, the massacre of the Yazidi’s by ISIS and the deaths of 500,000 Syrians (including 1,000 children in this year alone) were directly related to only one side of the conflict being armed?

Indeed, there’s a special kind of experience in this world, commonly referred to as adulthood,that refines the choices we make. Only time and experience allow us to understand that our choices are not merely between “Good” and “Bad”.  From time to time, we have the pleasure of choosing between Good, Better, and Best. Likewise, we may be confronted with the uncomfortable alternatives of Bad, Worse, or Worst.

When a crazed gunman takes the life of seventeen high school kids, this is, by any measure, “Bad”. When American cities lose hundreds of young people to drug and gang violence every year, that is even “Worse”. And when entire cultures are wiped out because they’ve been deprived of arms, this is surely the very “Worst” of outcomes.

Even really bright high school kids can’t really grasp some of the grimmer lessons of history.  They just expect to be perfectly protected and they want the lock down drills to end. Adult gun grabbers know this and take advantage of their gullibility.

It’s worth recalling just how the Children’s Crusade of so many centuries ago ended. Alas, it appears that the young pilgrims were tragically betrayed by certain adults in their group. Most of them were transported to Tunisia where they were sold in the city’s slave markets. Others were shipwrecked in gales or died of starvation and exhaustion. In any case, there is no record of any of the Child Crusaders reaching the Holy Land.

Remembering that long ago tragedy, we must do our best to prevent old cunning from exploiting young innocence, lest a tragic betrayal be repeated.