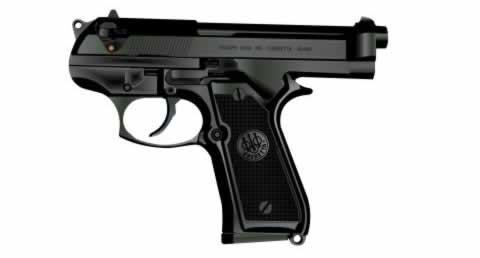 A paper in the January 2018 Journal of Surgical Research attempts to show that the right to keep and bear arms is a cause of suicide.  According to the authors, “Weaker gun state laws are associated with higher rates of suicide secondary to firearms”.

The authors use data from a small percentage of US hospitals to look at the number of admissions with diagnoses said to represent firearm related suicide attempts. They compare these with the population of the states they’re in to estimate firearm suicide rates per state. Of course, most successful suicides are not admitted to a hospital, so they’re measuring something like “rates-of-unsuccessful-suicide-attempts-using-guns per state”.

They then categorize the states by how strict the laws are restricting right to keep and bear arms. They divide the states into five groups using criteria from the Brady Center to Prevent Gun Violence, with an A grade representing the most restrictions, and an F the fewest. (Yes, they couldn’t resist skipping “E” to get to “F”.) For Second Amendment supporters, of course, the states they label with an “F” are the most supportive of civil rights, and vice versa.

The authors say that the Brady classification is to be found among “established methodologies”.  How it became “established” is not stated. The authors find that the least restrictive states have the highest rates (hospital admissions per state population) of firearm related suicide attempts.

Not surprisingly, they imply in their analysis that this association means that less restrictive access to guns causes more suicides, when in fact there’s no way to determine that one causes the other.  This problem of associations being considered causal occurs throughout the paper, not only in discussing their own data but also the reports of others. As is so often the case with those wishing to limit the right to keep and bear arms, they write as though guns act on their own in causing this or that outcome.

There are many other problems with their report. As noted, they use data from only a small sample of U.S. hospitals. They look at state laws and policies, but don’t look at local laws and regulations, which matter as well. They have no way of knowing if the judgment of a hospital professional as to whether a wound represents a suicide attempt is accurate.

They argue that that their findings are supported by having controlled for “confounders,” such as age and sex, but there’s no way to know whether other uncontrolled factors may confound the results. Additionally, there’s no way to be sure that the statistical techniques they use to control for age, sex, and so on, don’t yield mistaken results by relying on random variation within the data.

They lump together a large number of states into each group. Because states within each group are different in a great many ways, the groups are thus very heterogeneous, undermining any conclusions about how states in one group differ from those in another.

Another problem with their analysis is that the groups wildly differ in size. States scoring D and F account for 70% of the data, while only 15.5% of the data comes from states scoring A and B. Their figure designed to show an association between Brady category and hospital admissions for suicide attempts by firearms is misleadingly labeled. The vertical axes of the figure are said to represent “Suicides”, rather than “Attempted suicides by firearms”, which is the topic of the paper. In presenting findings in the Results section they cherry pick group versus group analyses to conduct, to report or both.

The association of suicide with mental illness is well known. The authors’ data show that almost 1 in 4 of the individuals attempting suicide had a psychosis diagnosis, the most severe kind of mental illness. This, however, is hardly mentioned in their discussion of how to reduce suicides in which a firearm might play a role. Psychosis is known to be an important risk factor for suicide apart from the means used.

Even greater proportions of those attempting suicide suffer from depression and/or drug or alcohol abuse.  The Abstract of their paper contains an obvious non sequitur. They state that standardization of firearms laws across states is needed, although there is nothing in their data to suggest that would result in anything beneficial. No doubt they’d be displeased if the laws in the Brady F states became the new standard.

Happily, they are focusing on a problem that seems to be correcting itself – their data show that for all five groups of states the rate of suicide attempt by firearm is lower for the final year of the study (2011) than for the first (1998)!

Looking at the big picture, these authors are blaming state gun laws for acts by individuals, in spite of the fact that as the number of guns available has dramatically increased, the rate of suicide attempts by firearm has decreased. None of their data collection and parsing of it in this paper contradicts that.

And that’s a fail!