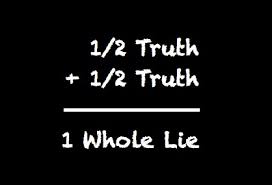 [Ed: Part 2 of Dr. Faria’s piece, slightly edited for DRGO, was first published in December in the Macon Telegraph, GOPUSA.com and HaciendaPub.com. It is a sharp analysis of the editorial bias inherent in organized medicine’s premier journals. Part 1 was posted on Tuesday.]

In a recent editorial “Death by gun violence — A public health crisis,” twelve editors of the Journal of the American Medical Association (JAMA) lobbied, or rather lambasted, Congress for not dealing with gun violence as a public health issue and guns as viruses that need eradicating. But the editorial was laden with misconceptions and a number of glaring errors. For example, consider the following claim:

“Guns do not make individuals, their families, or homes safer and they result in far more deaths to loved ones than to an intruder intending to cause harm.” To support this statement the editors cited a notorious article by public health researchers Arthur Kellermann and Donald T. Reay published in The New England Journal of Medicine (NEJM) in 1986.

Unfortunately for the medical politicians of JAMA, who should know better, that NEJM article has been heavily refuted, and the statement that guns in the home are more likely to result “in the death of the loved ones rather than the intruder,” has been specifically and thoroughly disproved by a number of independent investigators, including Professor Gary Kleck of Florida State University and criminologist Don B. Kates and associates, among many others. Kellerman and Reay in fact asserted that, “a gun owner is 43 times more likely to kill a family member than an intruder.” This erroneous assertion was accurately termed the “43 times fallacy” in 1994 by Dr. Edgar Suter, then Chairman of Doctors for Integrity in Policy Research. The NEJM study, still so frequently cited in the medical literature, was one of the articles for which Dr. Kellermann was heavily criticized in 1996 and specifically defunded and restricted from conducting gun studies by the CDC.

Next the JAMA editorial disingenuously claims that the U.S. has a high suicide rate because of easy gun availability and the lethality of guns. They write: “Often forgotten is that 60.7% of the gun deaths in 2015 in the United States were suicides. Means used to attempt suicide matter; guns will result in suicidal deaths well over 90% of the time, whereas ingestion of pills or wrist cutting will be unsuccessful more than 90% of the time. The majority of people who try to commit suicide but survive the attempt will not go on to die from suicide; if the attempt is with a gun, there will be no second chance at life.”

The statement is misleading by omission of data from other countries. While it is true that a gun is a very effective method of suicide, people in other countries commit suicide equally as effectively by other methods and at higher rates than in the U.S. Guns are not the cause of suicide; for if they were, we would be well ahead of all other countries in suicide rates. But that is not the case, far from it. For example, the latest figures (2016) show that Japan ranks 26th in International Suicide Rates; the Japanese commit suicide via hanging, suffocation, jumping in front of trains, and harakiri at a rate of 19.7 per 100,000, much higher than the United States. Americans rank 48th and the rate is 14.3 per 100,000. Norway, Sweden, Belgium, Hungary, and many other European countries have higher rates of suicide than the U.S., and again all of them have stricter gun laws. As long as there are ropes, knives, pesticides, trains, there will be suicides. The U.S. with all its guns is nowhere near the top. The World Health Organization correctly blames suicides on depression, a mental health crisis afflicting all countries and all cultures. In the final analysis, it should be stated that the individual right of Americans to own firearms is a protected constitutional right, specifically adjudicated by two U.S. Supreme Court decisions, and not to be decided by biased researchers in public health and the medical politicians of the American Medical Association (AMA).

The JAMA editorialists then state, “As with any epidemic, prevention is important. Physicians and others should ask about guns in the home, especially for high-risk patients, and advise about removal and safe storage.” I think that patients who initiate the conversation and ask their trusted doctors for advice on gun safety should be free to do so. On the other hand, Dr. Timothy Wheeler, Past Director of Doctors for Responsible Gun Ownership (DRGO) considers it an ethical boundary violation and an invasion of patient privacy for a physician to initiate and conduct interrogations that pry into the gun ownership of the patient, especially in this age of electronic medical records. DRGO has initiated a referral service, 2Adoc.com, “that will connect patients with healthcare providers who respect their Second Amendment rights and who won’t engage in anti-gun activism in the patient exam room.”

The medical politicians lambast Congress for supposedly suppressing science, claiming self-servingly: “Research on gun violence is important, although Congress over the last 2 decades has placed limits on that science from being conducted. This attempt to suppress research into gun violence resulted in a 64% decline in the number of firearm studies per million citations in SCOPUS between 1998 and 2012.”

The savings from the 64% decrease in public health gun violence research could be put to better use, such as invested in breast and prostate cancer research and epigenetics, or alternatively used to fund more fruitful and honest investigations by criminologists and sociologists, who for decades have conducted valuable research in this area.

For their part, the JAMA editorialists repeatedly fail to note that the restrictions placed by Congress in 1996 on public health gun research did not occur in a vacuum. JAMA may toot its own horn in this editorial, but the fact remains that most of the gun studies that have been conducted by the public health establishment and printed in the medical journals — such as JAMA, Lancet, NEJM and even the specialty journals—have been found to be biased and politicized. Public health gun control studies were and continue to be conducted as to reach foregone conclusions—namely, that gun availability is responsible for crime, homicides and suicides, while neglecting the beneficial aspects of gun ownership for self and family protection. In short, the CDC was restricted from conducting gun research because the studies were flawed and the research shoddy, designed to reach desired preordained conclusions.

In short the track record of public health gun research has come to be characterized as junk science with good reason. Public health officials should leave this task to criminologists and sociologists, and they should redirect their efforts to combating true epidemics and healing sick populations where they have excelled. I was one of the four experts who testified to the congressional committee that led to the gun research “ban” in 1996. These restrictions were and remain the correct steps, as public policy research should be based on sound scholarship and science with consideration of constitutional issues, and not on emotionalism, political ideology, and pseudoscience.